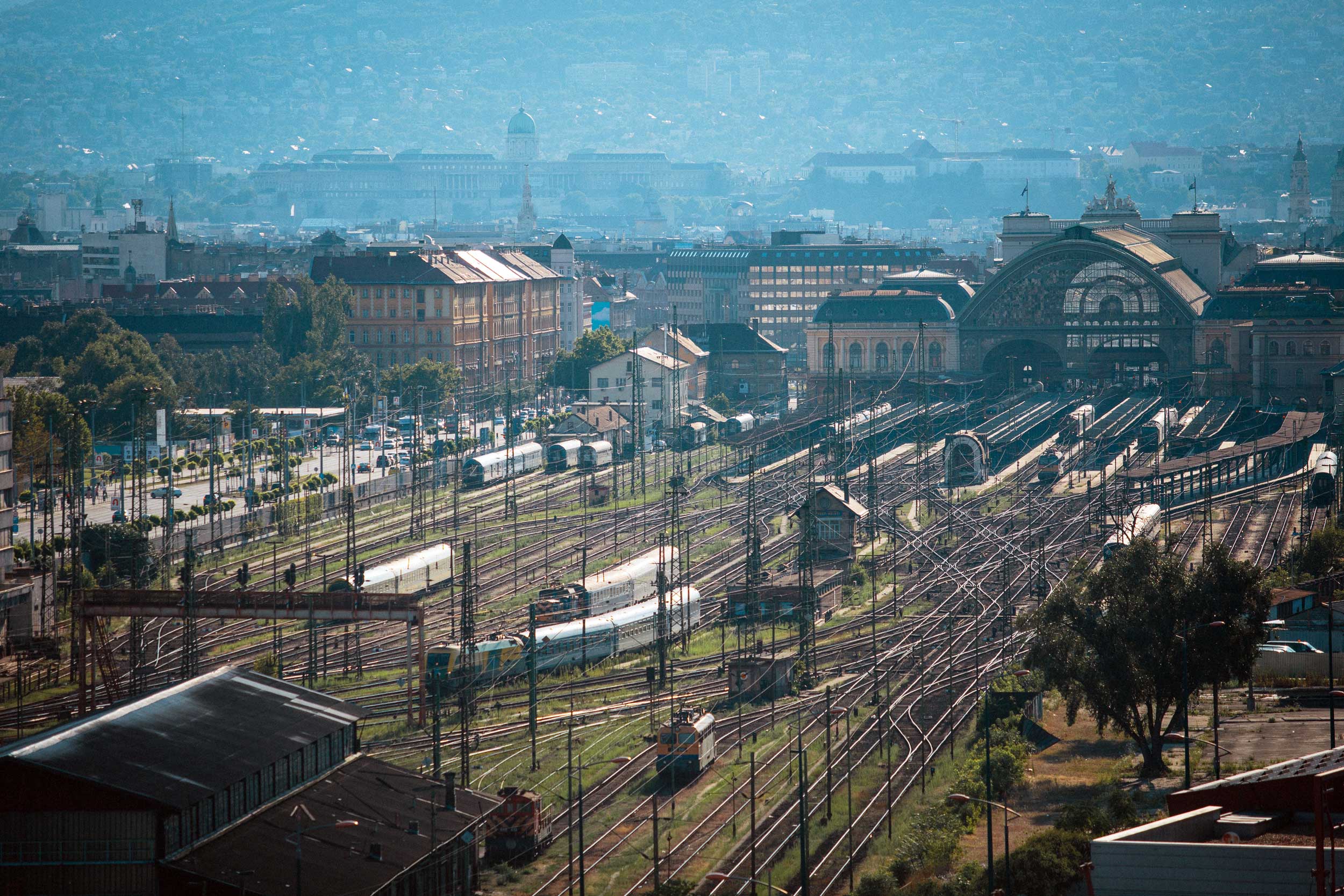 Was rudely awaked by Tom ‘accidently’ throwing water in my face. Ah, well, it did the trick anyhow. We got off the train and said our farewells. Tom would be heading to Ljubljana in Slovenia, whereas I’ll be shooting straight through Slovenia on the way to Vienna.

Wasn’t there long though – a quick change and I was heading east towards BUDAPEST! AGAIN!

Now, you should know by now that things are never that easy when it comes to The Odyssey. I only had ten minutes to run off my train, get my bag and run onto the train back to Vienna.

If I missed it, I’d miss the night train to Liechtenstein and end up waiting until the next day. Timing was critical. I guessed which side the train platform would be on. I guessed wrong SOMEBODY GET THESE GODDAMN DAWDLERS OUT OF MY WAY… the platform was a mass, a sea of people, running now – Platform 6 – over there, Christ it’s hot in here, at the barrier, my jacket wrapped around my waist drops to the floor, I almost go flying but my cat-like reflexes honed to perfection in the mosh-pit of the Krazy House save the day, I grab the jacket off the floor – Platform 6 – THOUSANDS of commuters coming the other way, I’m fighting against the tide, but my salmon-like instincts honed at way too many music festivals save the day, I zig and I zag… I look at my watch – six minutes – run into the left luggage office – oh no.

Where’s the bloke I spoke to the other day? There was just a toothless old lady who didn’t speak a word of English. Panic panic panic. I try to explain as best I can, gesticulating wildly like Doc Brown when the Libyans show up. The seconds are ticking away, let me over there, I’ll find it, it’ll be there, she lets me into the store room, dusty old shelves from before the war, did I mention Hungry fought on the side of the Nazis? Well they did. The rotters. And Laura Bush killed a man. No, really, she killed a man – look it up on Wikipedia.

My shoulders slump, the old lady is about to let me out of the back room when an idea pops into her crusty old head. It might be in the office. I bounded over her in a single leap. I scanned the office. A desk, a lamp, dirty faded brown wallpaper. Nothing. My fists clench. One minute. I turn around…

There by the door. To the left of the door! BAG! My old grey Lowe Alpine Pax 25 backpack! The bag that has accompanied me on every crazy adventure of the last eight years. The bag that has clung to my back like a baby koala in over 100 countries and over 50 music festivals. Me and bag. Together again. Mmmmm.

I hate to interrupt this little love-in, but… Thirty seconds!

The little old guardian of the bags wanted me to write my details and sign a bit of paper. I have never written so fast or so illegibly in my life, not even when Mr Marsh was walking up the rows of desks in GCSE English collecting papers after we had been told to put our pens down.

I ran out of the office, sweat pouring down into my eyes making it difficult to see. What platform? If it was one over the other side of the station, I was done for.

A whistle blows. My hair stands on end.

The doors are closing. I fling myself into the rear carriage – the door closes on the backpack. The station isn’t going to give it up without a fight. I heave with all my might and suddenly I’m transported into another world – a world of peaceful, relaxed, sedate commuters sitting in silence.

I take my seat.

My face is red, my t-shirt (worn for 6 days don’t forget) is stuck to me like I’ve been three rows from the front at an Arctic Monkeys gig. In Death Valley. I stink to high heaven. All I needed was a can of Special Brew and a dog on a string and the image would have been complete.

Then again: nobody has complained yet. I guess I must have a fine musk – it would explain all the looks of love I keep getting because if anyone seriously has a thing for greasy ginger hair, they’ve got some serious issues.

I made it! I made the train back to Vienna!!

I took up residence in the train toilet, and washed myself with water and wetwipes. I brushed my teeth and changed my clothes. Like the bloke from Little Britain, I felt like a new man. Although… I should really have invested in some tongs to deal with my underwear.

In the morning, I would wake in Feldkirch on the border of Liechtenstein and Switzerland.