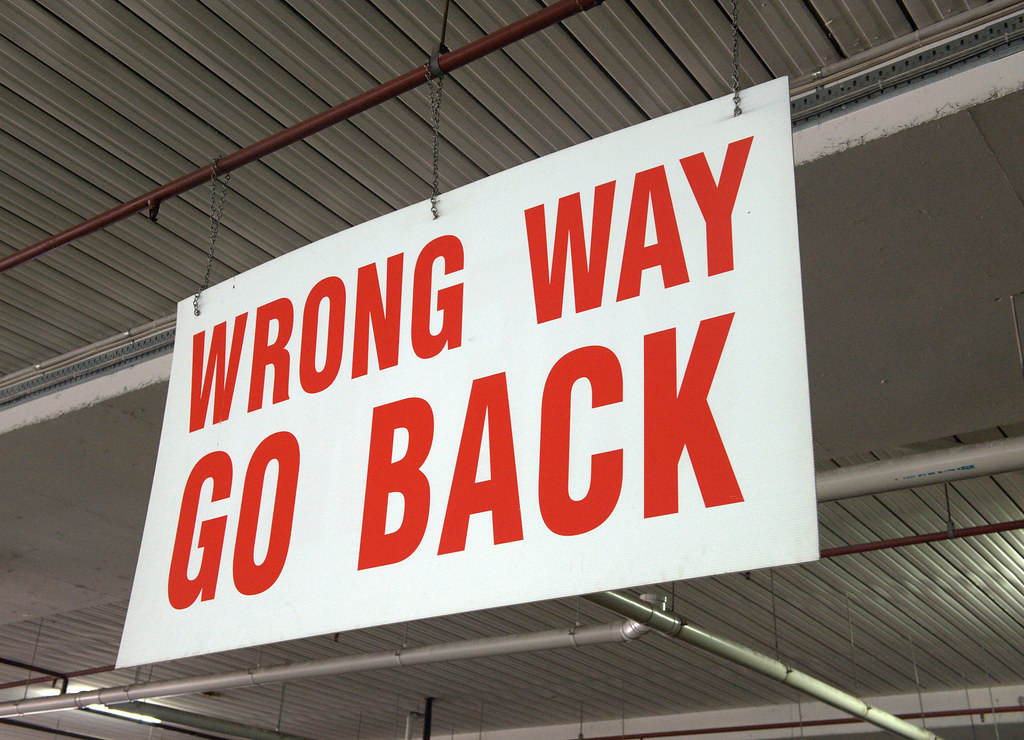 It all started so well…

By 5am in the morning, I had already stepped foot in both Liechtenstein and Switzerland. My logistical powers were at an all time high and so far in Europe, I hadn’t made one serious cock-up when it came to getting the right train to the right place at the right time.

That was before I realised that there were two San Marino’s in Italy, and they are jolly close to each other. One is a city state, a principality with it’s own Grand Prix and everything, the other is a small village in the foothills of the Alps.

Guess where I ended up today?

After an impossible number of train changes, I was on a train that was going to a place called S. Marino (which I naturally assumed LIKE AN IDIOT stood for ‘San’). After half an hour in I thought, hang on a minute – this train is going so slow it may as well be going backwards and it’s stopping at every two-bit barn and dog turd along the way.

Intercity trains don’t behave in this manner. Something isn’t right. My spidey sense started tingling… TO THE INTERNET!!

Now getting online on a train is difficult at the best of times, but doubly so when you factor in them thar bloody large hills looming above me like fat stone gods of yore blocking the signal in much the same way as YER MA blocks out the sun when she’s at the beach. But eventually, after much persistence, I got up a map of the area.

These are not the San Marino’s you’re looking for.

You may go about your business.

Oh turds on toast with treacle toffee topping. Trains don’t go to San Marino. You have to get the bus from Rimini.

Panic stations. I tried to reschedule my route, but it was impossible. If I dilly-dallied about, I would miss my train to Rome. There was nothing for it but to scratch this one down to experience and press on to the ‘big smoke’ – I’d have to hit San Marino on the way back up through Italy, on the way to Monaco, Andorra and Barcelona.

This being the case, I got in to Padua train station with a couple of hours to spare. I bought a book, did some work on the website and generally pottered about. With about 15 minutes to departure, I lumbered over to the ticket counters to buy a reservation (you need to get them on intercity or international trains even if you have a rail pass – they generally cost a couple of Euro), but the queue was MASSIVE. And there were only two ticket desks open (of the ten). But that’s okay… IT’S NOT LIKE IT WAS RUSH HOUR OR ANYTHING.

Looks like the Italians have been taking lessons in utter ineptitude off the Britain’s Rail ‘Service’ (I prefer to use the term ‘Vast Brocade of Incompetence’ myself). So I waited, got a bit panicky, went over to the automatic ticket machine to try and get a reservation there, realised that you couldn’t do that, lost my place in the queue, looked at my watch – three minutes until departure – realised that there was no way out of this mess and bought myself a ticket from the damn machine. A whole god-damn full-price adult ticket. Sixty Euro worth.

Sixty Euro! That’s more money than I’ve spent this week! Idiot! As I took the ticket from the machine, the full stupidity of what I had done dawned on me. I could have just paid the conductor a few Euro on board, even if they had made me pay a fine, it wouldn’t have been sixty Euro. Bad decision-making based upon the fact that the train station was FULL of people, and so I assumed the train would be FULL of people, and I’d be left standing up without a reservation and they would kick me off for not having a seat. Maybe. Or something like that.

The train was almost empty. I had four seats to myself.

And then it started to rain.