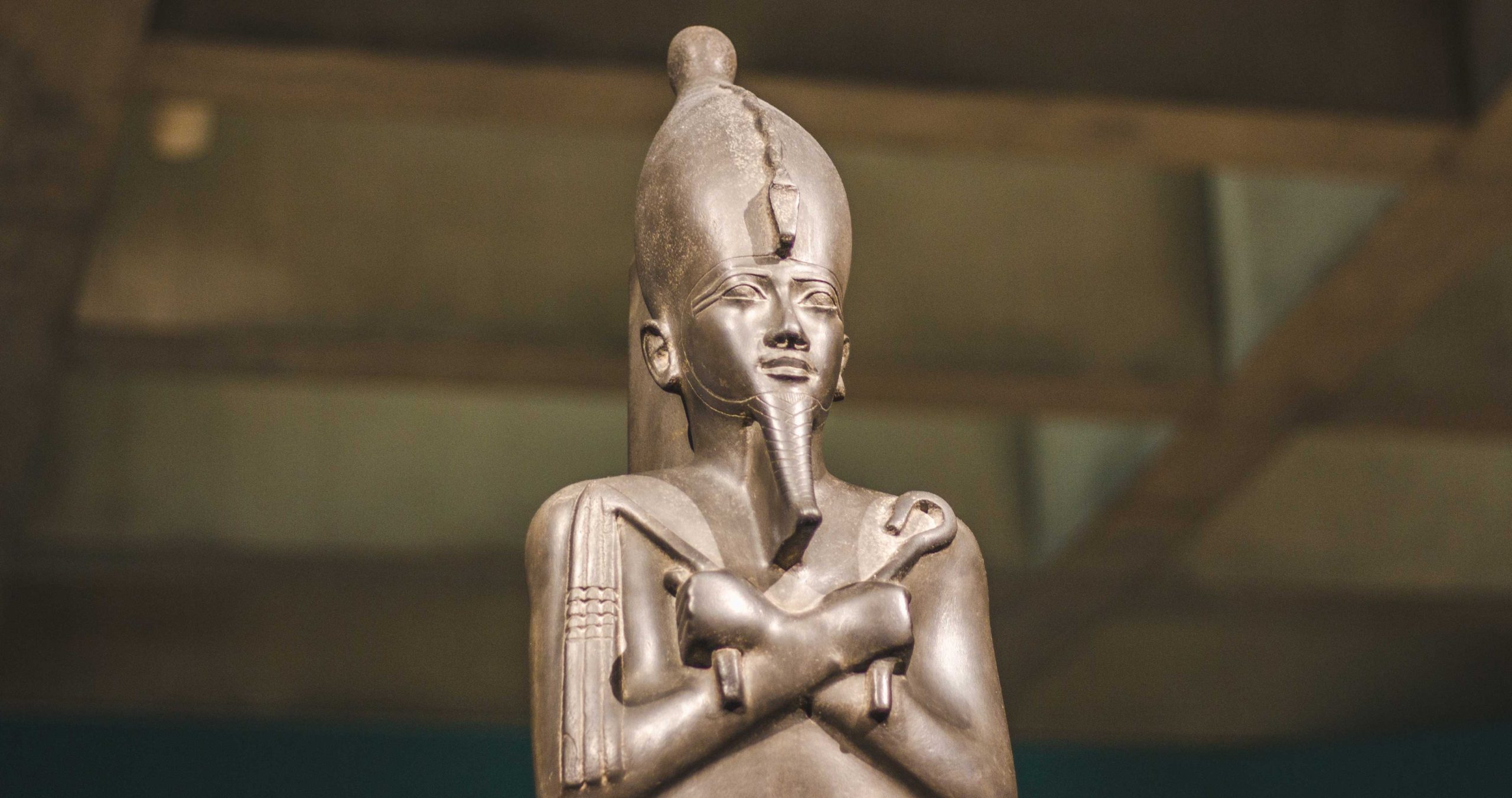 Thursday started with a very early morning trip to the Sudanese Embassy – I missed out Sudan and Eritrea on the way up here, so Sudan was next on my list (Eritrea will have to wait, all of its land borders are currently closed). There, I was told to come back at 10, which I did (Mandy slept in, the lazy bugger) only to find they meant the 10th of January. It was closed until Sunday. A bit annoying, but no big deal – so long as I could get a visa on Sunday – Sudanese visas can take up to six weeks in Ethiopia.

So I roused the Mandster and we headed over to the greatest/worst museum in the world – the Egyptian museum in Cairo.

It’s the greatest because it’s stuffed to the gills with more Egypticana than you could ever want. It’s the worst because, oh my god, the place is a TIP. You know the final scene in Raiders of the Lost Ark? That’s the Egyptian museum, except the crates are open. Stuff lays about higgledy-piggledy, jumping from one dynasty to another with reckless abandon, the labels (if you’re luck enough to find one) are the same ones that were typed out 107 years ago on a typewriter when the museum first opened. Many of the artefacts haven’t moved in all that time – this museum belongs in a museum.

Hilariously, the most important artefact in the whole damn warehouse is unlabelled and if you didn’t know where to look you’d miss it – it’s in glass box number 16 and it’s looks like a small shield. On one side is Narmer, the first Pharaoh (discounting the Scorpion King, no, really, he existed) wearing the crown of Upper (Southern) Egypt and on the other side it’s Narmer again, this time wearing the crown of Lower (Northern) Egypt. It’s possibly the oldest thing in this most antique of lands – you’d think they’d make a bit more of a fanfare about it.

Not so funny was the Tutankhamen room. I get a bit ratty with how people refer to King Tut as an ‘insignificant’ king – he deserves a bit more respect than that, after all, he did bring the country back from the brink of civil war following his nutty predecessor’s pronouncement that there was only one god (fancy that!).

You know that between King Tut and Ramses II (he of Abu Simbel and plagues-of-Egypt fame) there was only about 150 years? Long enough for a cult faithful to this one-god malarkey to emerge? Long enough for it to start causing trouble and be banished into the east? Hmm…

Anyway, whether or not you fancy debating the significance of Tut as a Pharaoh, there is NO debating the HOLY MOTHER OF GOD! that is his funerary treasure. The most priceless heap of riches in the goddamn world. And the state of the room they are kept in? Dear god. Not only is the bright bleaching sunlight allowed to flop itself all over the place like an uninvited fatty, the windows out to Cairo, that most sprawling and polluted of cities, are wide open. The dust in the corners of the room sits an inch thick and the walls, which I suppose were at one time white, now resemble the colour of crème brûlée.

No climate control, no double-glazed bullet-proof glass, no attempt to stop people taking piccies with a flash (except a guard who sits idly by muttering ‘no photo’ every time one goes off). And they want the Rosetta Stone back? Are they nuts? They’d probably dump it in a bin in the darkened corner of the basement. Madness.

I once asked my brother Mike why he had never visited Egypt, interested as he is in history of the place. His reason? He had seen a programme years ago in which an Egyptian woman was attempting to ‘restore’ an ancient artefact. A small crack became a bigger crack, which became an even bigger crack and before the ordeal was over, she had pretty much destroyed the damn thing. It would have been better off had she not even bothered picking it up. I can see his point – some of the ‘restored’ pieces here are just appalling – a broken statue is better off being held together with wirework than with cement which shifts and cracks. The grubby hands of countless generations of tourists have left their mark on nearly everything that is not kept behind glass – is velvet rope selling at a premium these days?

Luckily, a new museum is being built as we speak – it’s scheduled to open in the far-flung year of 2009. Oh, hang on…

This would be Mandy’s and my last night together for another good few months, so we thought we’d spend it doing what we both like doing best – going to the cinema. With me being a Sherlock Holmes nut (well, actually just a nut, period) and the Sufi dancing taking up our previous night’s shenanigan-ing, we decided to take in the new Sherlock Holmes movie. It was bloody marvellous. If you’ve read the books you’ll know that Holmes is more Dr. House than Basil Rathbone and his brain is just one of his many facets, the others being his interest in amateur boxing, his addiction to cocaine and his love of chemical experimentation.

Watson is finally elevated from the bumbling assistant for-the-sake-of-exposition to his rightful role as Sundance to Holmes’ Butch. And although I detest Jude Law (who has an annoying habit of cropping up in films I actually quite like) the whole thing was a delight from beginning to end – especially for any old farts (such as I) who can remember watching Young Sherlock Holmes at the cinema as a child.

Only, yeah, this is Egypt, so we had a big scrum getting into the cinema (even though the seats were allocated) and people talked loudly and answered their mobiles all through the film. And the sound was awful – THX this was not – making a mockery of a stack of anti-piracy campaigns. Afterwards, we took a midnight stroll back to our hotel, Cairo being the safe-as-houses city that it is… you know, Mandy and I have been together since 2002, you would think that she would have got used to my extraordinarily good sense of direction by now, but when our hotel came into focus she was still bamboozled. Have faith, my dear, I did make it all the way from Uruguay to Egypt by myself.