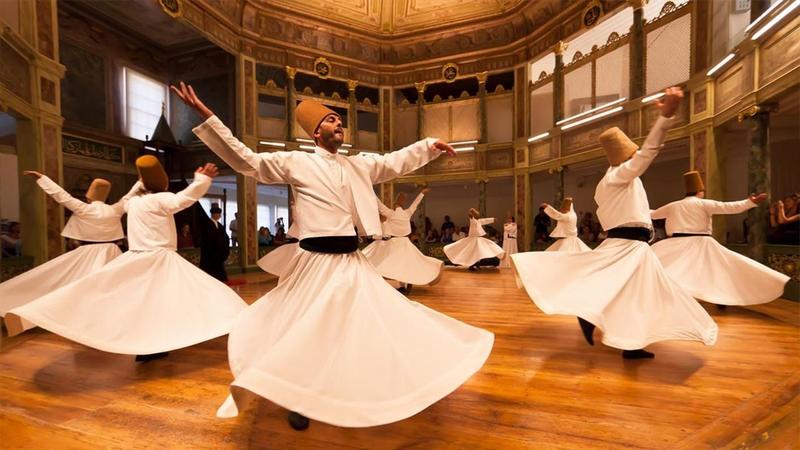 So Mand and I had a few days kicking around Hurghada. Our hotel had been pre-booked up until the Tuesday night, so we thought we might as well make the most of it. We didn’t do much (there ain’t much to do!) but we managed to keep ourselves occupied. God it’s nice to be back in the arms of the one I love.

I don’t want to get too mushy about all this, but I seriously appreciate just how bloody marvellous Mandy has been all year putting up with all of this. It’s one thing disappearing off into the wild blue yonder for twelve months, but when you leave behind the one you love, it really makes the whole thing that much more of an ordeal – for both of us. When I was locked up in Cape Verde and the Congo, it wasn’t what I was going through that really hacked me off, it was that I knew Mandy would be thousands of miles away worrying her pants off.

Having just one week together seemed unfair, a trick of some capricious god teasing us with what could have been. If all had gone according to plan, I’d be home in Australia by now, putting my feet up and stuffing my face with Anzac biscuits and Arnott’s Pizza Shapes. If I had more money (or if I had played my cards right last year), Mandy could be travelling with me. But as it is, I’m skint, Mand has to work every hour god sends to pay her rent and after this week, I won’t be seeing her for a very long time – hopefully not a year though, that would be too much to do again. Fortune and glory, eh?! At least Indy could afford to have Marion tag along.

On the Tuesday, we bought coach tickets to get back to Cairo the following morning and our last evening in Hurghada was spent nattering to a girl named Rosa in the Peanuts Bar. Wednesday, bright and early, we were bussing our way back to Cairo, Mand seriously not appreciating my lethargic attitude toward bus timetables. I didn’t miss a single connection for the entire year of 2009 and I wasn’t excessively fussed about getting up mega-early just to hang around for half an hour in a bus station that looked as though it had only been half-built by half-blind lunatics before a bomb hit it.

But by the time we arrived in Cairo, we were friends again and we checked back into the wonderfully friendly Sara Inn, the place we had spent New Year after we returned from the Pyramids. After checking in, we were torn between seeing the Sufi Dancing show or going to see Sherlock Holmes. There was a French lady called Dominique who overheard our conversation and told us that she wanted to go and see the Sufi show too.

Sufi Dancing is better known as the Whirling Dervishes in the West, it’s a form of dance which involves a bunch of guys hammering the hell out of various musical instruments, getting faster and faster and more frantic every minute as your dancer spins himself around and around, multi-coloured robes flowing until he looks like a spinning top. Sufi has its roots in Islamic (or rather Arab) mysticism – so it’s kinda like what Kabbalah is to Judaism (only less of a fad for drug-addled celebrity goons). It was invented as a way of communing with god, and is therefore frowned upon in certain Arabic countries, but not in Egypt where the show is put on a few times a week for free by the government. We ended up going to see the Sufi dancing with Dominique. Sherlock would have to wait.

Dominique was hilarious. It was if she had dropped in from another planet, had only 24 hours to learn everything about the world but had unfortunately landed in the middle of a bunch of extremely stoned hippies talking what can only be described as the biggest load of crap since Otto the Giant dropped his trousers and single-arsedly suffocated an entire Welsh village.

From guardian angels to memory crystals in water to the world ending in 2012, there wasn’t a scrap of an urban legend that this woman didn’t believe and believe whole-heartedly. She had done her stint in an Indian ashram, thought astrology was more accurate than an atomic clock and could no doubt find water on the moon with a couple of metal sticks. It was kind of a shame that I didn’t have more time with her – I would have bought some tat from a junk shop, stuck it together with sellotape, made up some nonsense about laylines and reiki and pocketed five hundred quid for my troubles. There’s one born every minute, I guess…

The Sufi dancing was held at a venue near Cairo’s biggest market, so Mand and I went for a mooch before the performance. Night-time was a good time to go – the touts and hasslers were exhausted from spending the day annoying the pants off everybody who had the misfortune to walk past, so we had the run of the market at our own pace and in our own time. We found a wonderful little shop that sold hand-bound notebooks – no hard-sell, no perfume/carpet/cuppa tea – the books even had price stickers, so we didn’t even have to play the massively un-entertaining game in which you’re quoted 500 Egyptian Pounds, you get it for 100 pounds after a ton of haggling and then you go to another shop and they tell you that whatever it is, is worth 10 pounds. Fun!

We bought a journal for Dino (he should write in the entry for 1st January “Graham & Mandy meet at 00:06 at KFC by the Pyramids, thanks to me”) and then scooted off to watch the Sufi show, which I’ve got to admit was pretty damn awesome. How these guys don’t wobble off the stage like a drunken badger I’ll never know. Afterwards, Dominique, Mand and I went for a coffee in a sheesha bar – the owner trying to dupe us for a ton of cash. After an hour-and-a-half of quality entertainment for gratis, it just reminded me how frustrating my second-favourite country in the world can be – if you don’t keep your wits about you at all time, you’ll soon lose your shirt.