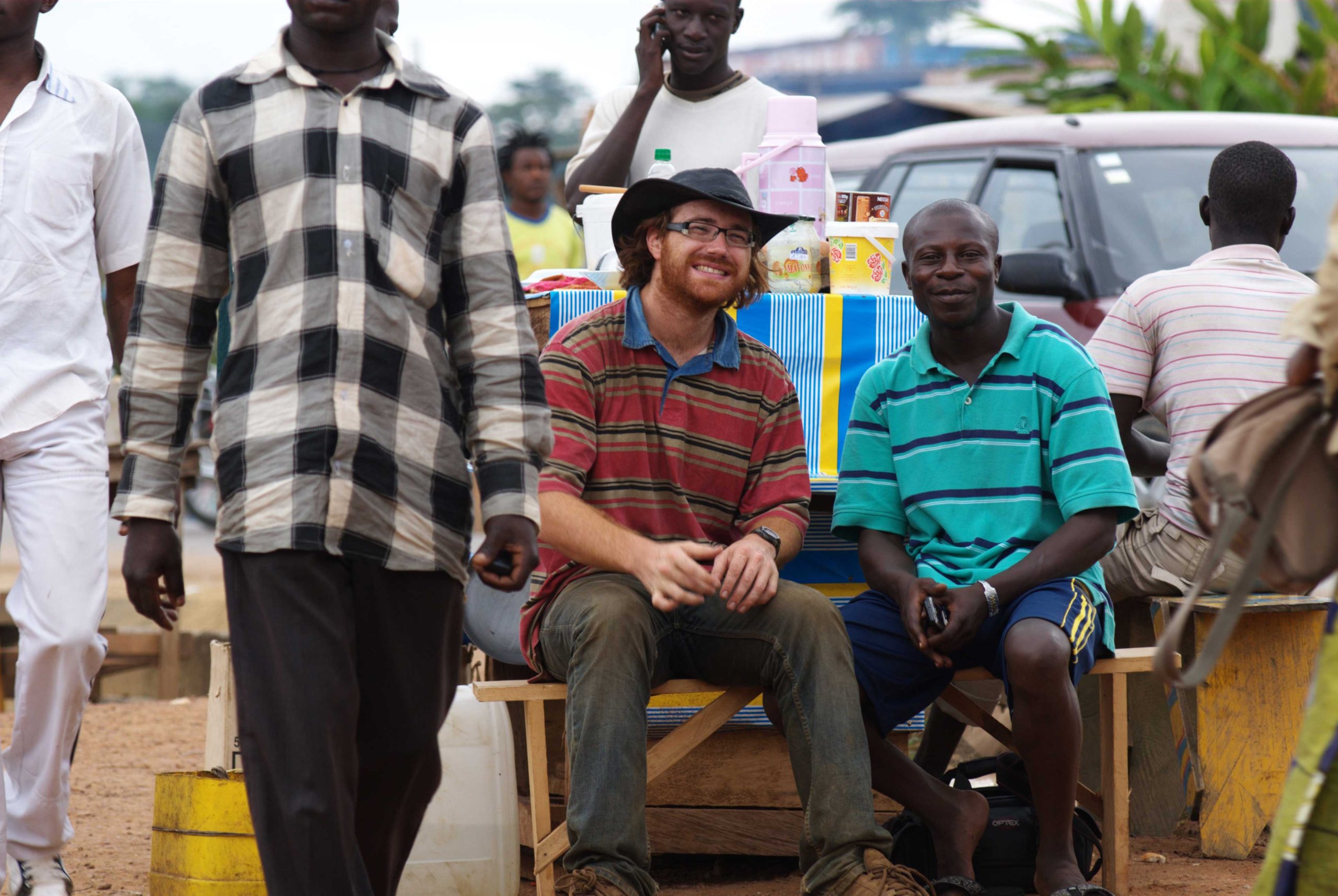 We arrived back at the railhead of N’Gaoundéré at about oh, God knows?, and promptly checked into a nearby hovel for about three hours of overpriced shuteye. Then at 6am, we were at the bus station, bright-eyed and bushy-tailed ready to roll for another day’s slog along Africa’s less-than-forgiving roads. The guys in the bus station said that it would take 6 hours to get to Garoua-Boulaï, the border with the Central African Republic. The Lonely Planet Guidebook said that it would take 12 hours…it took 18.

To be fair, the LP Guidebook did say to think twice about taking the road in the rainy season – and my giddy aunt, they were spot on. But there really wasn’t much of a choice other than to go back on the train that night to Bélabo and head north from there – it wouldn’t have saved us any time.

The road wasn’t as bad as the one coming in the previous Saturday, which was a good thing because this one ran for over 400km. But it was unsealed and sections of it were outrageously unreasonable and resulted in everybody ‘OUT and walking’, whilst the battered 34-year old bus blundered its way through the red porridge that passed for the road.

At one stage, we went totally off-road after a tip-off that the carriageway was blocked. Through the jungle in a bus. Hilarious. We got stuck so many times, it was funny. Good job there was a ton of people crammed into the bus to help push it out.

But ah, we didn’t get too wet or too muddy, so all’s well that ends well, eh Gromit? I even got to impress the locals of a small town with a couple of card tricks along the way. Sweet!

The day dragged on with nought to report except perhaps the raw beauty of Cameroon, something that we didn’t get to breathe in on the overnight train or while mooching over the border into CHAD! But by god, the flora is ultra-GREEN and the soil is mega-RED and the sky is double-plus-plus-BLUE. Coming over those hills, it was truly breath-taking. If only I didn’t have to worry about the bus tipping over.

We hit the border town at around 1am, found the Catholic Mission to kip in (the only place in town where you don’t get hassled by sex workers) downed a couple of Cameroon’s HUGE beers and crashed out for the night.