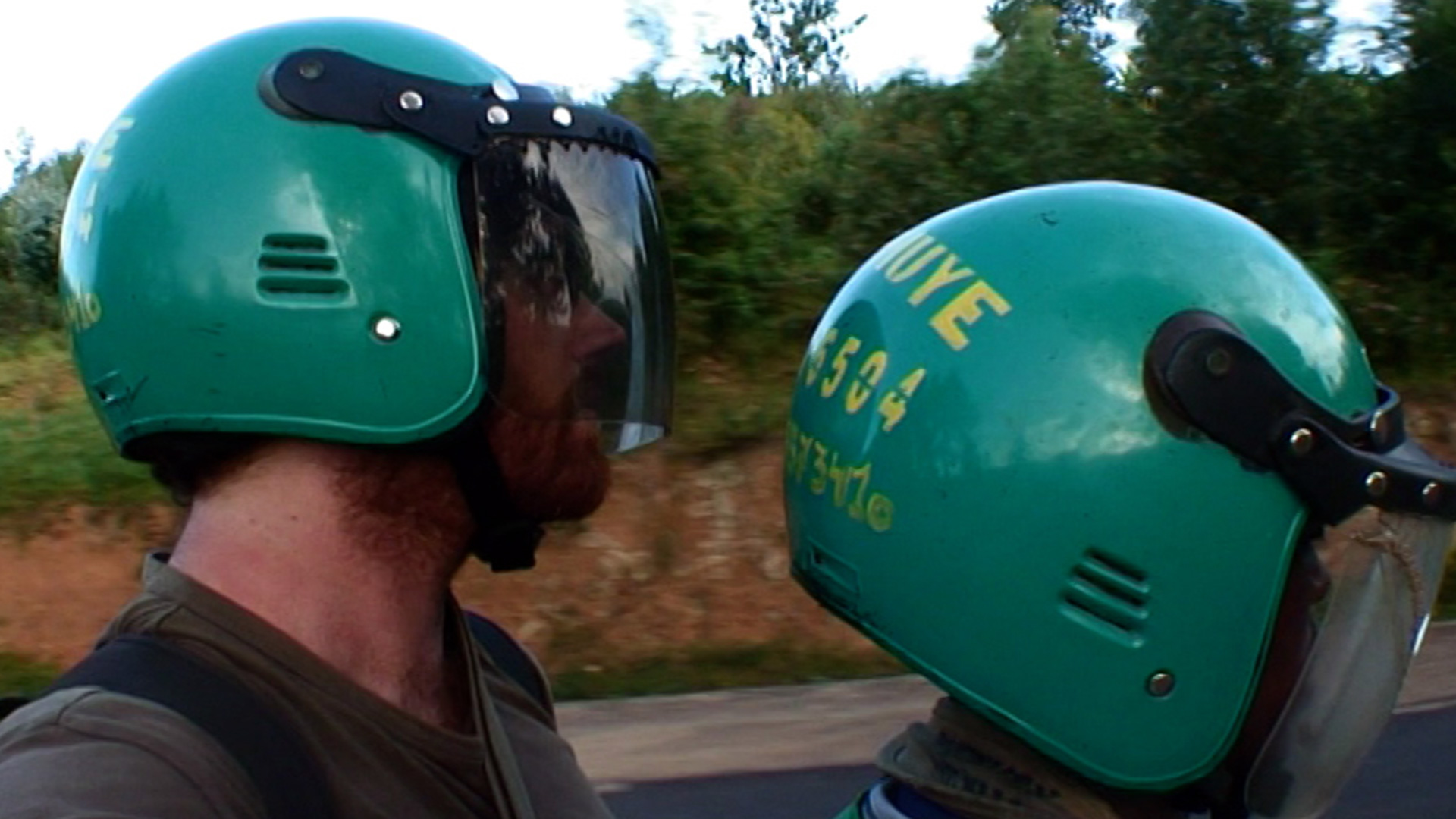 I dragged my reluctant carcass out of bed at some ungodly hour and headed over to the bus station with a local guy called Charles who was also taking the bus somewhere. It was too early for me to focus on anything, but before I knew it I was sitting on the front seat of a minibus heading towards the Rwandan border.

I arrived at 9.30am, glad to discover that the ‘six-hour’ border process took less than ten minutes. And, what’s more NO VISA REQUIRED!! So Rwanda started well and it just got better from there on in. One of the things that was annoying me about Tanzania was that my Vodafone mobile internet thingy wasn’t working, and it took about half an hour just to send a text from it (updating my twitter was a nightmare), but in Rwanda it worked as soon as I crossed the border.

And the scenery… my word. If you like hills (I do) and trees (I do) and you like hills and trees together (I especially do, see my comments on Colombia and Madagascar) then you would LOVE Rwanda. It just looks seven shades of gorgeous from to bottom. And… you’re not going to believe this, but there is no litter. Like seriously, no litter AT ALL. It’s incredible. After slogging it through 40 countries worth of filth and garbage for the last seven months and especially after just coming from the-city-tip-is-the-city Comoros, saying Rwanda is a breath of fresh air is somewhat of an understatement.

They even close the roads for half an hour on the last Saturday of every month so people can clear up any rubbish from the sides of the road. AWESOME!!

Finally, a country where people look after their country.

And then there are the towns. They are splendid, with well built brick buildings (which are – shockhorror – FINISHED and PAINTED), manicured lawns, flowers, trees and playing fields. Christ I could be in the friggin’ Cotswolds. The roads are all sealed, signposted and painted… what the hell is going on here?

And, as if the icing on the cake, the minibuses are brand new (incredible!). Makes a change from being trucked around in vans that were old when the Darma Initiative came to the island.

Finally, and there’s something else Rwanda has that will have me returning one day when I have more time… Gorillas. Oh yeah baby, SHOW ME THE PRIMATES!! No time on this trip I’m afraid, but I’ll be back. Oh yes, I’ll be back.

So yes, Rwanda got me grooving from the word go. I got to the capital, Kigali, at about 2:30pm which was a bit of a worry as I knew the border with Burundi (Nation 126) closed at 6pm and it took at least three hours to get there. But Rwanda had yet more good news for me – it’s an hour behind Tanzania! So it was really 1:30pm. SAFE!

So I trundled towards the Burundian border, excitedly sending Colm my blog entries for the past five weeks (all four of em – heh). At the delightful little town of Budare I changed my mode of transport for a taxi-motorbike and buzzed the last 20km to the border. I got stamped out of Rwanda (why not eh?) and crossed the river into Burundi. I filmed my crossing and had a chat with the border guards on the other side (you can get a three-day visa for $20 on the border, take note overlanders!) before turning back into Rwanda.

Lucky I did, as a my motorbike guy had disappeared and minibus for Budare was just leaving.. I dived onboard, excited at the prospect of racing all the way up to Djibouti this week. Dino has come through with the goods and found me a space on the ship CMA Turquoise next Sunday and if all goes to plan (it won’t!) I should be sitting pretty in Djibouti this time next week ready to meet Mandy before midnight on the 31st.

We rolled into Budare just in the nick of time – the last bus back to Kigali was revving up to leave. Go go go go go!!

Getting back to Kigali around 9pm, I was greeted with the delightful sight of the city by night. A few months ago I read a book by John Steinbeck in which he pointed out that cities that are flat have to try and make up for their lack of drama by building huge skyscrapers. In a town like Kigali that is just not necessary. Rwanda likes to bill itself as the land of a thousand hills and, for once, the place lives up to the hype and Kigali is no exception.. The million multi-coloured points of light scattered over the hillside of this pleasant, breezy capital are just magical.

I’m sorry, I know I have a tendency to gush over places that I like, but in Africa those places are few and far between so I think it’s just a case of credit were credit is due.

I headed over to the main bus station to try and get a ticket for the direct bus to Nairobi, the capital of Kenya (via Uganda) which leaves at 5.30 tomorrow morning. The offices had just closed but the guy there said there should be seats available in the morning, so I hunkered down for the night in the Kigali Guest House, had some goat stew for din-dins (yum!) and got rather excited about the new Forum page on the website.