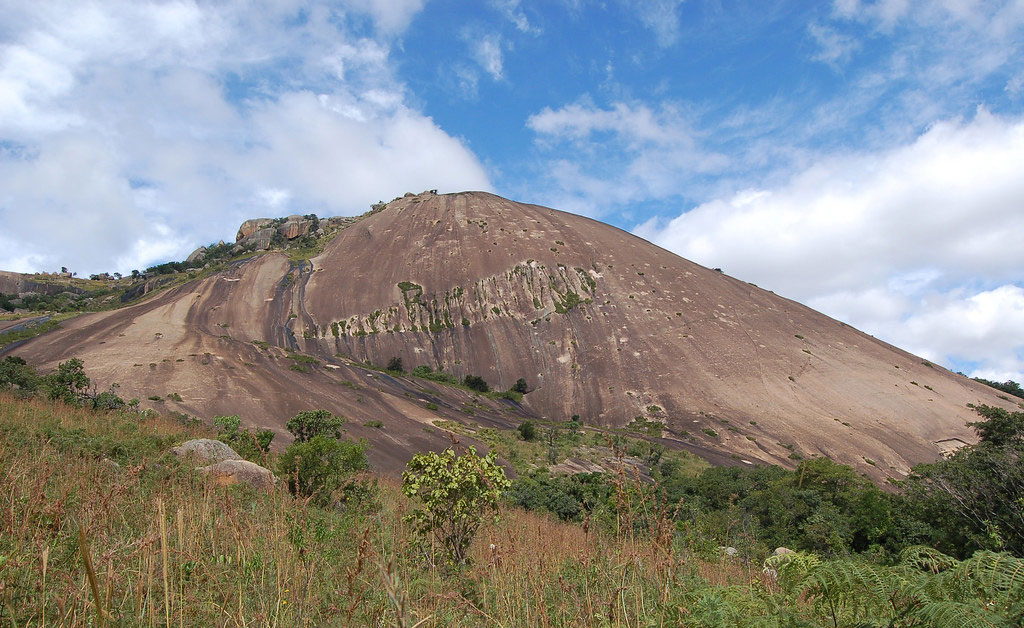 Staggeringly early bus to Swaziland, but I needn’t have bothered. Let me explain; I rose at the butt-crack to get my ultra-early bus across the border into Swaziland, which is a bit like Switzerland only with different letters. I rode right on through the city of Manzini, the crossroads to Mozambique – maybe I should explain why… because I had heard a nasty rumour that Mozambique was no longer giving out visas at the border like Father Christmas, you had to go get that pesky stamp WHICH THWARTS ALL MY DREAMS in the nearest capital city, in Swaziland’s case, that would be Mbabane.

So I got another bus, not to Maputo, but to Mbabane. Strange, but true. There, I met the delectable Lilianna, my CouchSurf contact. Lilianna’s from Portugal and she’s one of only two Portuguese teachers in the country, which kind of makes sense when you think that Swaziland only has too borders and one of them is with Mozambique – which speaks Portuguese. It was early afternoon and I figured that I had bags of time to sweet-talk the embassy into giving me a visa forth-hence. Only… bah! The rumours were falsehood! Balderdash and Tomfoolery. Damn those slippery tykes. I could have got a visa on the border.

If I had played my cards right, I could have been here in Mbabane last night (with the delectable Liliana) and been in Maputo by now, but I had blown it all on a bunny and a whim, dagnamit. But (as I can personally attest) worse things happen at sea and at least I had the delectable Liliana to play with. First up, we checked out Sibebe Rock, Swaziland’s equivalent of Uluru, a whopping great giant in the sky that you wouldn’t want to wake up on with a sore head.

Next we headed into town for a bit of opium. No, sorry, not opium… live music. Just as good. A guy singing with an acoustic guitar with his mate on bass playing music, sweet music. None of this fist-fingered Casio-keyboard crap that I’ve heard blasted out at distortion level elsewhere in Africa, but some great vibes, cool blues, swinging rhythm and kick ass rock n’ roll. Happy days.

I haven’t got the foggiest what the guy was singing about, but that never stopped me liking Sigur Ros, so pick your act up, FRANCE; choosing a random country entirely at random there. To top off the end of a great set in a bar that could have been the Ca Va in Liverpool (before they decided that Mexican Tequila fitted more with the French nomenclature), they played Hey Ya by Outkast. All was good.

But that was not the end of the night – the delectable Lilianna had other sights to show me. A restaurant, a little out of the way, but one that rustled up some proper bonza Swazi grub like no other. THIS IS WHY I TRAVEL. I have little interest in eating the same old, same old in every country I visit (KFC last week was a BREAK!) and the scran that the lady put on for us was epic. My eyes nearly popped out of their sockets. Swaziland – you’re ALL RIGHT. I’ll be coming back to check on you in a few years, you see if I don’t.