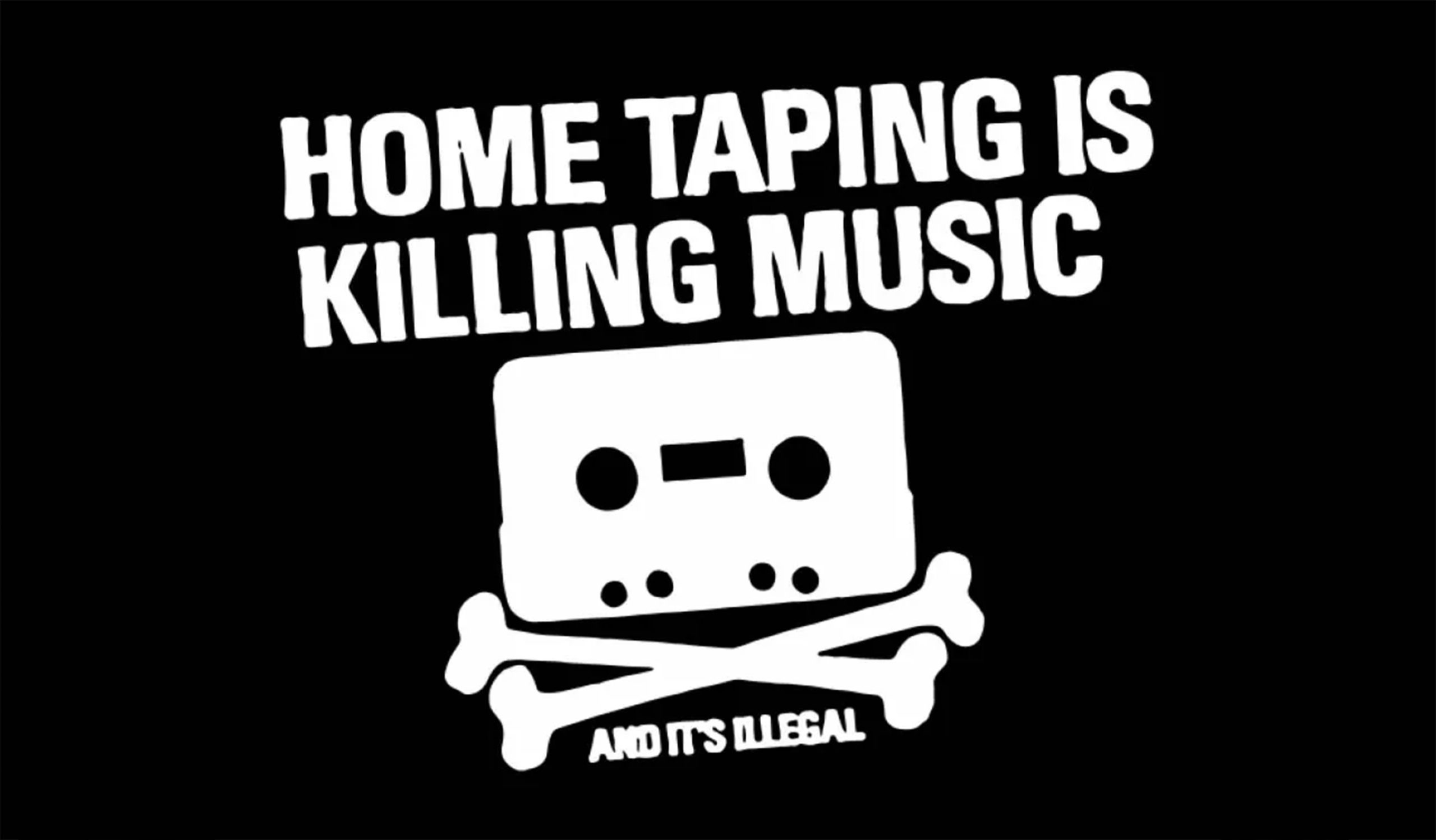 So I’m still here in Cape Verde. My boat SHOULD be leaving tomorrow, but to be honest I’m not holding my breath. Today, I whiled away my time at Café Sofia, met some lovely interesting people, played a game of chess (and won!) hung out with Mito’s friend Nilsa and ended up at 3am in a hotel room with a whole bunch of American Peace Corps types getting so drunk on the local grog (YES IT’S CALLED GROG!!) that when I awoke the next day I was surprised I could still see.

In keeping with my last two blogs, I thought I would use this opportunity to bleat on mercilessly about a subject close to my heart. So today you (lucky lucky blighter) are going to hear my thoughts on technology and the way the establishment just DON’T GET IT and never will – it’s like trying to get your mum to operate the timer record on a VCR.

A wise man one said that any sufficiently advanced technology is indistinguishable from magic, and I have to say I agree. When a very different bloke, also called Arthur, found himself stuck on a planet with life forms who were barely out of their Iron Age, he would have liked to show them how to make video recorders, televisions, telephones, digital watches, but quickly realised he didn’t even know how to make a sundial, let alone anything even mildly complicated, electronic or mechanical. As such, he just spends his days making sandwiches. That’s all your average Joe (myself included) would be able to distil from thousands of years of human innovation and invention.

But then, how the hell do you go about building an iPod? A digital camera? A Nintendo Wii? A mobile phone? Where on Earth would you even start? But being a bunch of technophiles (you’re online aren’t you?) we’re quite happy to let the scientists and engineers do their thing and furnish our lives with all this amazingly groovy stuff without ever having to pop our heads under the hood and find out how the damn things work.

But individuals are quite different from institutions. We’re metaphorically zipping about the place on space age jet skis whereas the powers that be are huge lumbering oil containers that take half a day just to turn around. New technology scares the willies out of them. From the church’s fifteen-century-long suppression of pretty much anything new, to the horror and embarrassment one feels watching a politician using some new-fangled technology (can you imagine Gordon Brown trying to get his head around Halo 3? I shudder at the thought); there is a certain strata of our society who, rather than embracing new technology and using it to its full potential, go out of their way to try and stop it. Which is as dumb as sticking your finger in the dyke. I’ve got a better idea: run screaming if you want to, but once the town is flooded why not make the most of it and go fishing?

Oh, and by the way, concrete was invented by the Romans (for sticking stones together) so it is in no way a ‘new technology’.

Here is my own (from memory, so correct me if necessary) history of various King Cnut’s and their attempts to turn back the irrepressible tide of technology:

1870s: Novelists lament the invention of the telephone, claiming it signals the end of the written word.

1890s: Theatre promoters unite against the advent of cinema, fearing that nobody will visit the theatre anymore. 2008: highest number of theatre admissions since records began.

1928: Jazz Singer is first ‘talkie’ movie – several movie producers dismiss sound as a ‘gimmick’ and a ‘flash in the pan’. Their companies collapse.

1944: First computer, Colossus, built in England to crack Nazi codes. British government keeps the technology secret, fearing that if their enemies get hold of it they will develop codes that are utterly unbreakable. IBM and Microsoft tremendously grateful.

1960s: Numerous off-shore radio stations set up in response to the BBC’s refusal to play Rock n’ Roll and the government’s refusal to grant commercial licenses.

1970: In an effort to distract attention from a rather unsuccessful war in Vietnam, President Nixon introduces the ‘War on Drugs’ to counter the treat of these new-fangled drug thingyamajigs. Governments worldwide firmly believe that if drugs get into the hands of the common man, anarchy will ensue. Forty years (and TRILLIONS of dollars later) this ‘war’ is nowhere near being won and drugs are more readily available than ever before.

1978: Movie makers sue VHS on the grounds that people will tape movies off the telly and never visit the cinema again. 2008: Highest number of cinema admissions since the war.

1980s: Music labels get their knickers in a twist over cassette tapes allowing people to record songs off the radio. They get the DJ to chatter inanely over the beginning and end of each song in an effort to prevent this. Record sales unaffected; soon after, Band Aid becomes best selling single of all time.

1980: Musicians sue the makers of synthesizer keyboards, claiming it will put classical musicians out of a job.

1982: Musicians and Radio Execs lament the introduction of MTV, saying that it will kill the Radio (Star). 2009 sees more radio stations and more listeners than ever before in the history of the world. Radio GaGa indeed.

1990: Tim Burgess-Lee develops the World-Wide Web and gives it away for free. The internet changes the world forever.

1999: Music labels, led by Metallica(!) attempt to prevent Napster and other websites from allowing users to download music. They also do crazy stuff like forcing the BBC to run their streaming radio services at a very low bitrate to prevent ‘piracy’. The fact that the future of music is downloadable, is completely lost on all the major record labels.

2001: Sony, inventor of the Walkman and owner of a quarter of the world’s records, fail utterly to comprehend the importance or power of the internet and digital downloadable music. Apple, a camp San Fran computer outfit who have never had anything to do with music before, manage to steal a march and introduce the iPod and iTunes. The rest is history – what’s Sony’s MP3 player called again?

2008: Prince gives new album away for free in The Daily Mail, then plays a series of sell-out gigs in the O2 arena and makes millions more than he would have done from selling the (rather naff) CD. Clever boy!!

2009: Music labels demand their music videos be taken down off YouTube, presumably because they think nobody will buy downloads anymore if they can watch a low-quality version of the track attached to a video. Some smarter labels put a link to buy the song underneath instead.

2009: A video of trout-faced voice-of-an-angel Susan Boyle (Britain’s Got Talent contestant) surfaces on YouTube and is watched by over 100,000,000 people worldwide. I tentatively suggest that it won’t harm her record sales.

There is a great article by Dr. Ben Goldacre here which fits quite neatly into this argument.

So what’s the point I’m trying to make? Simply this: you can make A LOT more money by embracing new technology and using it to its maximum potential than you ever will running about the courtrooms of the world whining like a bunch of old fogies. So bring on the new, the downloadable, the bootlegs, the file sharing sites. Give me BitTorrent, furnish me with episodes of Lost on YouTube, allow me to use a 10 second clip of an REM song on my website, let me sing the words Goodbye Ruby Tuesday without forcing a ‘cease and desist’ order down my throat.

I am part of what’s known as the entertainment in-group. I love music. I love movies. I love television. I will push and blog and watch and listen. I own hundreds of CDs, left to my own devices I go to the cinema or a live gig at least once a week, I go to more festivals than many music journalists and spend a much higher proportion of my income on this stuff than your average Joe.

I will – for free – sing the praises of The Sopranos from the rooftops. I may have (allegedly) downloaded a few episodes I missed on Channel 4, but from my enthusiasm for all things Tony, four people I know have bought all seven box sets of the damn thing. Over the last six months on the road I’ve introduced more people to Sigur Ros, Flaming Lips and Arcade Fire than Radio One ever did. Yes, I downloaded the new Franz Ferdinand album, but who else reading this has paid to see them play live in four different countries? Eh?

The way I see it, they should be paying me.

The out-group exists. They don’t download stuff. They don’t know how to use utorrent or break the activation code on expensive software: so the industry thinks they are not costing them anything. Nothing is being ‘stolen’. I beg to differ – the people whose entire CD collection consists of the Titanic soundtrack, those whose only experience of television drama is the Emmerdale-Corrie-EastEnders Vortex and have only been to the cinema once in the last ten years (and that was to watch Mamma Mia!); THEY are the ones who are costing the entertainment industry billions, because they choose to spend their money on other stuff. Get it?

It’s not their fault – you need to show them the riches, then they’ll no longer live with being poor. Exposure is worth the free-loaders. I wish these corporations would stop criminalising their biggest fans, use their advertising budget more wisely and stop wasting money on lawyers. If they just left us to it and embraced the new they’d get their rewards in the end.