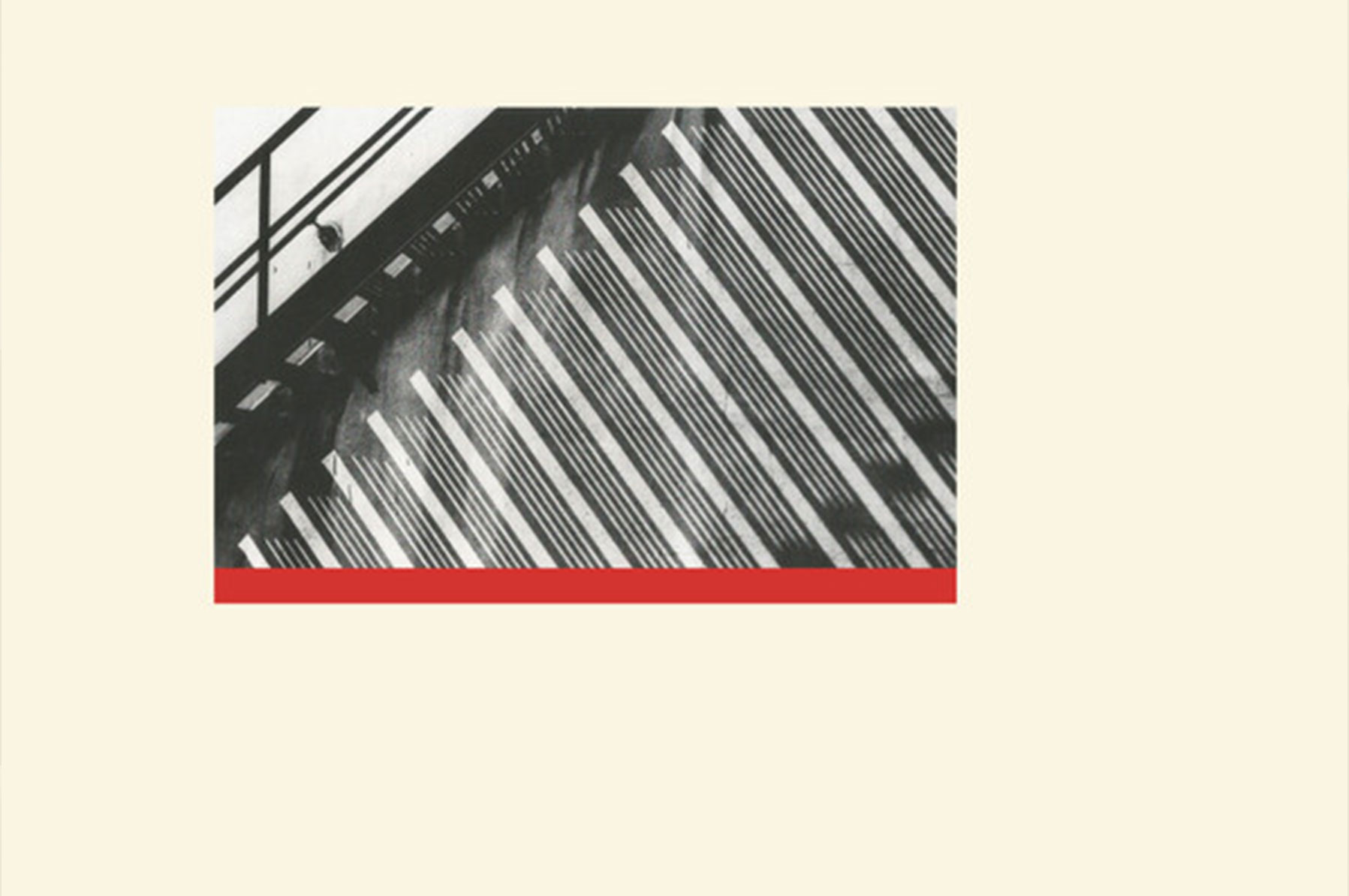 Yesterday, I waxed lyrical about the (lack of) British film industry, and now while I’m stuck in Cape Verde, I’d like to draw your attention to a series of parallels with the unbelievably arrogant and idiotic world of architecture.

In a recent survey carried about for the BBC’s excellent ‘Restoration’ series, they asked bods in the street whether they preferred old or modern architecture. The overwhelming response was, predictably, the old stuff. This is not because we are a bunch of crazy luddites who can’t see a good thing when we see one, if the question had been ‘do you prefer iPods or cassette walkmans?’, the response would have been firmly on the side of the clever, shiny and new. The reason why so many people love and are willing to fight to preserve old buildings is because they are simply better – better in every conceivable way: more artistic, more expressive, more interesting, more organic, more local, more elegant, more beautiful, more entertaining and even (yes!) more functional.

But then we have a rather odd situation in which the majority view demographic is not represented in any shape or form when it comes to architects. They are all seemly culled from the small proportion of, let’s be frank, weirdos, who think that symmetry is a bad thing and concrete is a good thing.

These architects, no matter how hard they work, how hard they strive for the novel, the innovative and the unique, are only ever going to appease that small percentage of their audience (their mums, presumably) who see whatever new devilry is thrown up on the side of the road and think it good and groovy. Everybody else is going to shrug and tut and have a few hit-points of happiness knocked off their score because they are forced to look at this pitiful junk, this urban mish-mash, this ode to the opposite of beauty: and they have to look at it day in and day out.

Ivory Tower syndrome or what? The same wrong-headed disease that afflicts the minds of British Film-Makers; that of the strange but seemingly overwhelming desire to play to an empty house. A showman telling his audience what they want rather than asking them. Did Shakespeare play to empty houses? No. He understood the power of a crackin’ story and a few laughs along the way. He was the Spielberg of his time – give the audience what they want. You want high drama? You got it! You want fart gags? Here they are!

We’re Being Lied To

Are we really that demanding? Are we really that hard to please? I don’t believe we are. We are now living in the golden age of American television – Lost, House, Sopranos, Six Feet Under, The West Wing, The Wire, Deadwood, Weeds, 24, Family Guy, Battlestar Galactica to name a few. The planets have aligned; technology is cheaper, DVD has seen consumer power finally win out over advertising slots and some of the best Hollywood players and writers now lend their hand to the small screen. It’s not a lost art to play to a full house – the Americans produce hundreds of hours of first-class entertainment every month, and we in Europe can only stare in awe at their accomplishments.

But Graham, what’s this got to do with architecture?

The connection is this: the technology for building stuff is cheaper than ever before, the world is richer than ever before and the desire to build is undiminished. But unlike American television, the audience, the people who have to live and breathe the nasty tiresome edifices (that spring up overnight like weeds) are being ignored. Put it this way: the monumental stack of junk that is the Beetham Tower in Manchester would have never been built by public subscription.

It’s one thing being ugly as hell, it’s quite another to be as ugly as hell and force an entire city to look at your ugliness EVERY DAY.

In a democratic chance to vote for the favourite design to become the ‘Fourth Grace’ in Liverpool, the worst design – a f—ing glass cloud – came last. Of course it did, it was bloody awful.  And yet what got the nod from the city council? Yup, the glass cloud.  Thank god Liverpool city council weren’t competent enough to see it through.

And the worst thing is that they think we’re the idiots here. Like a Victorian School Master, they think we just don’t know what is good for us. When we complain we’re told we sound like Prince Charles – which is such a pathetic  cop-out only somebody as horrifically cocksure and arrogant as a modern architect would dare say it. If we complain about a lousy meal, does the restaurant owner say we sound like Michael Winner? When pundits criticise music or films, do the musicians or artists resort to such childish ad hominem attacks?

No – they know better: they know that constructive criticism is – well, constructive.  If the restaurateur doesn’t improve their service or their menu in the face of criticism, his restaurant will close down.  But the problem with modern architecture is that you don’t have to please the majority, or even a sizeable audience – you only have to please the career politician who grants you the planning permission.

Yeah, politicians are known for their good taste, aren’t they…?

Architects seem unwilling or unable to their arrogant heads around the fact that for the vast majority an unrendered concrete wall will never look good, that huge glass and steel structures serve nothing more than to bake the poor individuals trapped inside, that a building made to look like a ship or a sail or a gerkin or a breakfast table or a BIG GLASS CLOUD is something a child would dream up. A sad child. A child with no friends and who probably smells like the bogs.

How about we build with local materials, using local firms who consult (and actually listen to) local people before stamping their vision indelibly on the landscape?

And how about we make it so that every place in the whole world DOESN’T look exactly the same as everywhere else?

Why is architecture the only artform dictated to by cost-effectiveness and faceless bureaucrats? Where has all the joy gone?

It’s not like we can’t build amazing things anymore, the massive restoration projects in Germany such as Dresden Cathedral prove that. We have to stop making excuses for these architects. They haven’t done their job properly for over half a century and I’m sick of hearing mealy-mouthed excuses about cut-backs and quantity surveyors and local councillors… they existed one hundred years ago and we made great things despite them.

I am SICK of being dictated to by these architectural fascist who are so far removed from reality it makes my head spin.

I think it’s time for us to start a new architectural movement. One that bypasses the strange and out-of-touch whims of these modern architects. One that, like the neo-classic or the neo-gothic takes it’s inspiration from the past, you know – the stuff that the vast majority of the population like to see (and pay money to see, does Milton Keynes get many tourists? I think not…).

The wonderful thing is that we can do it ourselves. But Graham, don’t you need someone to design this stuff?

No. We just need somebody to build it.

You see, all this wonderful stuff has already been designed.

The blueprints are free, out of copyright and available for all to see and make use of in the great libraries of the world.

The buildings that were never built. Those that were built but destroyed by the Nazis that ran our city councils in the 1960s. Countless design competition runners-up. Pipe-dreams of splendour for which the technology was not yet there to build. Well, it is now.

It is high time for a revival of the Classical, the Gothic, the Georgian, the Victorian, the Edwardian, Art Nouveau…

A revival of style.

A revival of taste.

A revival of quality.

And we’ve got all the bloody blueprints we need FOR FREE! Inside and out. All we need to do is hook them up to the electric and we’re done.

In the style of the pre-Raphaelites, I would call this movement the pre-Corbusians, but I don’t really want to use that horrible man’s name, so lets just call ourselves the Retrovisionists and go for it.

Christopher Wren once said that he was building for eternity. Modern architects build stuff with a projected 30 year life span. How sad is that? The songs of a bunch of spotty teenagers called the Sex Pistols will have more longevity than any of the libraries, churches, hospitals, town halls or exhibition centres that we build today. As the tower blocks, office towers and shopping malls of the 1960s and 70s crumble all around us, we have the opportunity to build cities not around the car or around shopping malls or stark office towers…

Imagine cities that are built around the buildings. What a wonderful place that would be.