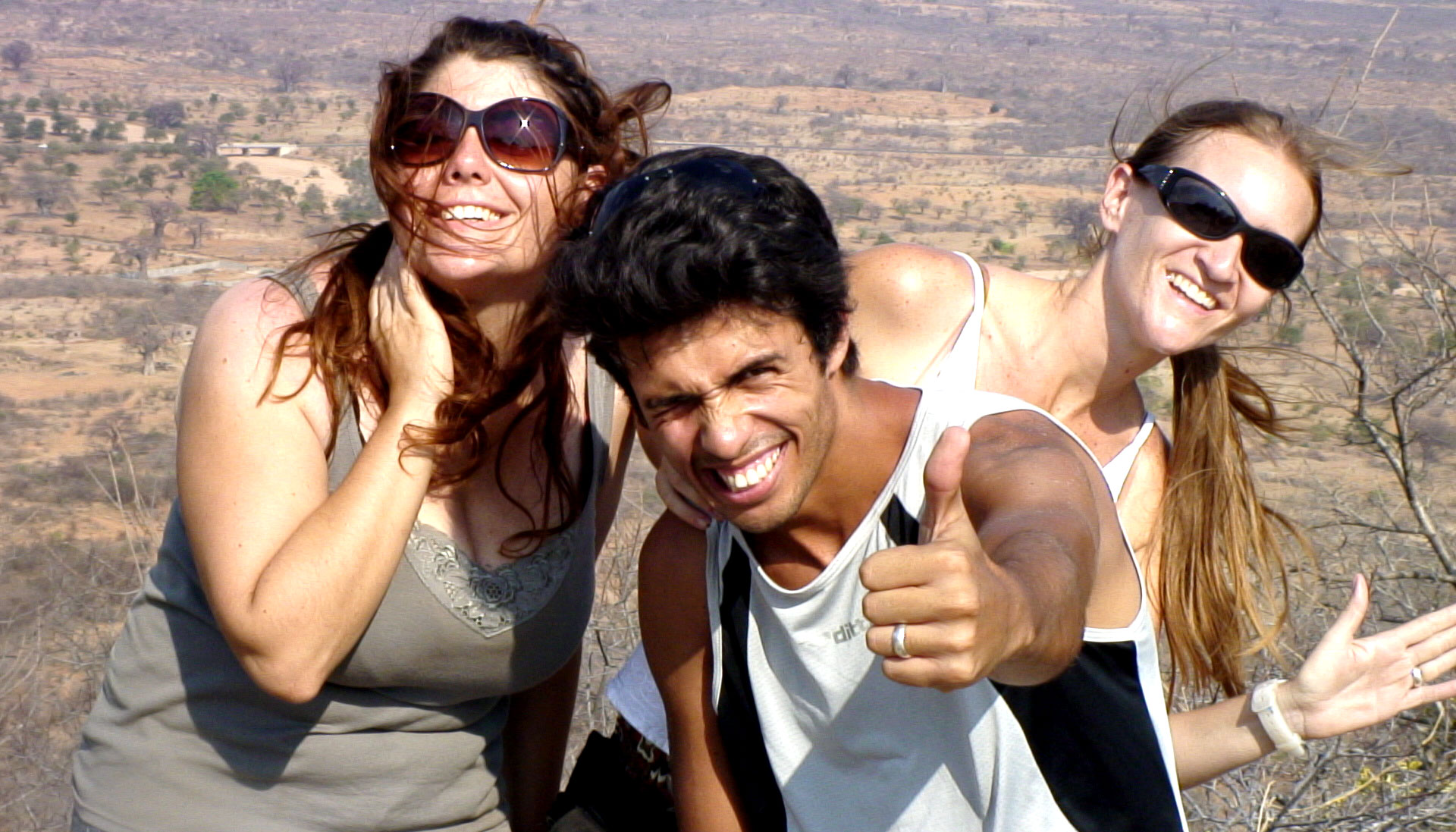 But at 5am, I was up an at ’em, kicking ass all the way up to Tete on what was admittedly a dreadful bus journey. All I wanted to do was SLEEEEEEP, but the music was set to BEYOND max and the rugrats on the bus were as unhappy as I was about the situation – screaming and bawling like their lives depended on it.

I hit Tete at the elected hour and there I met my CouchSurf contact Guilherme, which (let’s face it) is completely unpronounceable, so let’s call him Gui-rhymes-with-key (I did). There, I discovered that if I wanted to do the old in-out border hop to Zimbabwe, I’d be stuck at the border for the night, which wasn’t too appealing. I elected instead to ditch my bag at Gui’s place and head for them thar hills. Aye, a view from up above the town of Tete over the meandering Zambezi River was just what I needed. I scarper through these places far too quickly, sometimes it’s nice to just kick back and enjoy the view – a view that (in my imagination at least) was once taken in by that most British of explorers, Dr. Livingstone. I presume.

Gui is originally from Brazil (FYI Portuguese = Portugal, Brazil, Cape Verde, Sao Tome, Angola, Mozambique & East Timor) and is working at Tete university teaching the guys here finance, which as far as I am concerned (and God yes I know how bigoted this makes me sound, but shut up, I’ve been to 33 African countries, you haven’t) is a Herculean task. Most African’s view of finance involves making some money today and spending it before sundown. Which is utterly understandable given the economic anarchy these countries ‘enjoy’.

That night Gui, his girlfriend and I indulged in a wonderful dinner in a little restaurant on the banks of the old Zambezi. I got my head down early – ready for tomorrow, ready for my border hop into Zimbabwe…

Day 27: A Bridgetown Too Far