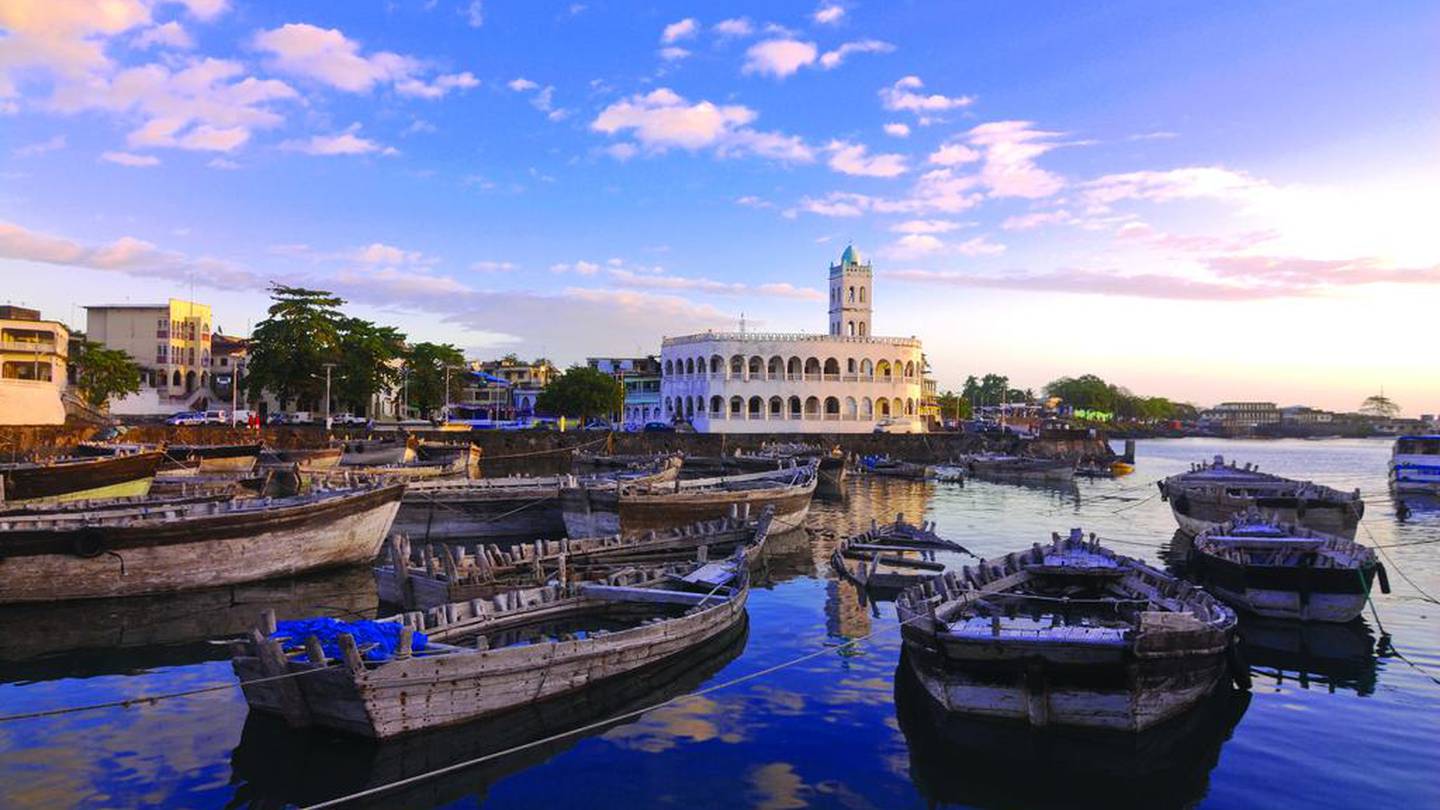 Can’t help but feel that I wasted today. I did waste today. Today was wasted. I got up when I could be bothered, which for the first time in a long time, was after 9. I then attempted to get some money. Ooooh. Forget it – for the first time since Liberia, I found myself in a country in which there are no ATMs that you can use a foreign cash-card in. What I could have really done with is some Euros – the price of the Comoros Thingymabob is pegged to the Euro, so I couldn’t lose. However, I only had rotten US dollars, which were about as wanted as a dead frog down the back of the radiator.

Oh well, I figured I could aim for just enough money to slip out of the country tomorrow, changed my dollars in the bank and headed down to the port.

The helpful port official (the first one in a long time, I can tell you) from yesterday was on his way to midday prayers on the back of a scooter. He shouted me across the road, told me he’d be back in half an hour and to hang on for him, which I did. When he got back, he told me that the shipping agents were closed, but no bother, I could get a ticket in the morning if I got here for 8am.

He also told me they would ask me for €155, since I was a Jonny Foreigner, but as there were two boats going tomorrow morning, I’d be able to haggle down to €80. Good stuff. I thanked him and headed back to the hotel, stopping off on the way to say hello to Lee The Crazy Chinaman, who was sitting having a Fanta. He was planning to hike up to the volcano in the morning. If I was around for the weekend, I’d join him, but there’s no way I’m missing these boats tomorrow. The next may not be for a fortnight.

Got back to the hotel, marvelled at how disgracefully grotty it was – the handles fell off the doors, the room was filthy, there was no running water. For €15 a night – more than double what I’d pay at a decent backpackers – it was somewhat of a rip-off, no-star bed and (no) breakfasts-have you by the short and curlies place, such as those.

Moroni was not particularly pleasant, though neither was it particularly unpleasant. It reminded me a lot of Cape Verde, only without the prison and the getting stuck for six weeks. There was far too much litter on the ground and the drains didn’t seem to drain anywhere, just stuck around like pimple-faced teenagers on a street corner stinking up the place with their foul odours.

The sunset over the harbour was admittedly pretty enough, but not nice enough to justify the gushing review that it was one of the most beautiful sights in Africa. I hit the sack early, using the kid-before-Christmas theory that the more I sleep. the quicker I’ll see my girlfriend again. God I miss her.

There is a big sign on the downward curve of the road (as you head towards the Friday Mosque) which lays claim to “Mayotte: the fourth of the Comoros Islands”. Unfortunately for the other three (Grand Comore, Moheli and Anjouan), Mayotte has other ideas, voting overwhelmingly (99%!) to stay a part of France. This is not too much of a shock – given the almost comical number of coup d’etats that have been held in Comoros (“Cloud Coup Coup Land”), why wouldn’t you want to be part of a stable, wealthy economy? Seriously, at one point, I think they were clocking up at least four coups a year.

But like the Falkland Islands, Guyana, Belize, Gibraltar and Kashmir, it doesn’t matter what the (overwhelming) majority of the population of a disputed territory want, what really matters is what the governments of Argentina, Venezuela, Guatamala, Spain, India, Pakistan and Comoros want. And they want their land back! And they intend to get ‘their’ land back by putting signs up around the place and sabre-rattling at the UN. I won’t for an instant suggest that if it was my country and I was an incompetent buffoon of a politician (which, let’s face it, most are), I’d just use something like this as an excuse to distract attention away from how badly I was running the country. Oh no, not me.

And to think, the Native Americans who sold Manhattan for a few beads thought that they had tricked the stupid white men – you can’t own land!