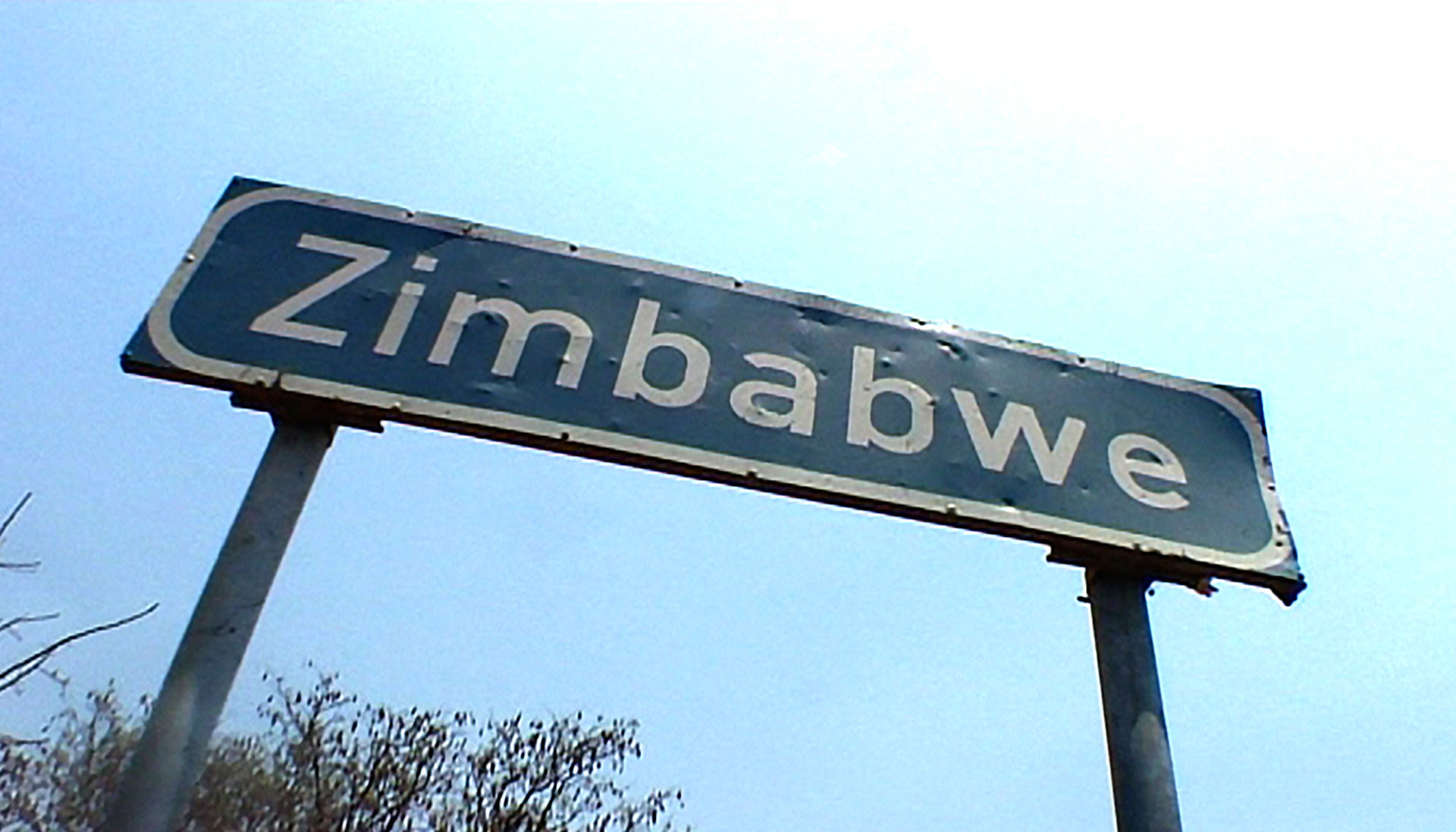 Ah, well you see it’s like this: I’ve been kicking myself (literally, you want to see the whelks on my ass) about Algeria and Libya. Not because Libya sounds like an area of the female genitalia and I haven’t cracked a joke about it yet, but because of this: WHY DIDN’T I JUST BRIBE THE BORDER GUARDS?? This notion has spread like an itch all over my body and I can’t help every time I look at that bloody map on the Odyssey Home page but wince over the fact that Algeria and Libya, those two vast swathes of North Africa are still coloured in white – white goddamnit! WHITE!!

I never crossed those borders. For those of you who are joining in The Odyssey a little late (bless you I need all the support that I can muster) you might not know what happened, but a quick surmise is that I wasted an entire week in Tunisia trying to ‘do’ a border-hop into these infernal territories. Even though I was well aware that I would not be allowed to cross the secondary checkpoint without a visa (procured from London, not on-the-road), I was confident that I could at least cross the border, which invariably lies between the ‘home’ checkpoint and the ‘away’ checkpoint. But it was not to be. The Tunisian border guards (NOT the Libyans or the Algerians I might add) wouldn’t let me cross the first checkpoint and so I ended up wasting a load of time (not to mention expense) travelling over to Tunisia for pretty much no good reason as I’d have to return there in due course avec visa.

Now, as I travelled towards Zimbabwe, crammed in a minibus designed for 15 but carrying 30, I’m struck with the same fear – what if the Mozambique border guards turn up their nose at me?

Ah, but here I have a secret weapon – like many other places that I’ve tried the old border-hop in, you can actually buy a visa on the border, so no troubles right?

In the morning, I hopped on the first bus to the border, only to find that the bus driver figured that it might be a good idea to stop at the crossroads town of Changara for an inordinate amount of time (nothing new there) but then when he thought that it also might be an idea to slam into reverse while a stack of luggage sat precariously a couple of inches from the rear bumper, ah well, your heart goes out to the poor people that had now a caved-in subwoofer and a huge birthday cake with a tyre mark down the middle of it.

What would have (in the West) been a case for Clouseau turned out to be a case for Mozambique’s Special Agent Starling, and thus I found myself stuck in the midst of legal turmoil as the police tried to arrest the driver for reckless driving (and presumably wanton destruction of a birthday cake) and I was left squatting at the side of the road, 70km from the border, waiting for all the hullabaloo to sort itself out.

This all took place amidst the backdrop of Heroes Day, for yes, Mozambique has one too, so while the driver and the driver’s mate screamed lorks-a-lordy at the bizzies, the rest of the town was singing hallelujah and clapping hands. Strange bedfellows indeed.

Eventually (and isn’t that the word that best sums up Africa…God knows I’ve used it enough!) we were back on our way, but I didn’t think there was any chance of my promised rendezvous with Gui in Tete at noon – it was now 11am.

Where was I? Oh yeah… the border with Zimbabwe. Now Zimbabwe is one of the countries that I have less than no interest in. While the evil corrupt murderous fool Mugabe is in charge, I have nothing to say to you, Zim. However, it is a nation and therefore I do have to step foot in the wretched place. Oh, you’re right that’s unfair, Zimbabwe isn’t a bad place – I’ve met a ton of fantastic Zimbabweans, it’s just (unfortunately) Satan running the show – that’s probably why a third of the population has left in the last decade. Once Mugabe’s dead, book me a ticket to Bungee Jump off the Victoria Falls, but until then, I, like the Commonwealth, will continue to cock a snook at that bizarrely moustachioed varment.

The border didn’t seem like too much hard work – it was only a short distance between the border posts. I asked for a ‘day pass’ into Zim and promptly got myself stamped out of Mozambique. But when I got to the Zim border, I discovered that the fabled Zim day pass didn’t exist – only it did, but the FOOL Mozambique border Vogons needed to stamp a separate piece of paper, not my passport. I went back to the Mozzy side and asked them to stamp a bit of paper. They refused. I returned to the Zim side, but there was nothing they could (or would be willing) to do. This somewhat perplexed me. Here’s a white guy with no baggage (I left my stuff in Tete with Gui) just wanting to come into your gaff for a few hours, spend some money and then leave again. But to do that would cost me a visa, and that would be a whopping $55.

Sorry, not propping up this murderous regime. Not today.

Anyway, I had passed the sign saying ‘Zimbabwe’, so I was happy that I had crossed the border. No biggie baby. I headed back to Mozzy only to be told that as they had stamped me out all of ten minutes ago, I had to go to Harare, the capital of Zimbabwe, wait for there for FIVE days and get a new visa for Mozambique. I had asked for a multiple-entry visa on the border with Swaziland, damn this Portuguese gibberish in my passport; I could see the sadistic glee in the Vogon’s eyes. But I’ve got no luggage, no clothes…

Typical Vogon. God I hate these guys. I put $20 in my passport and handed it over to him. He shook his head. Oh for Christ’s sake man, I have no entry stamp to Zimbabwe, all you have to do is cross out the mistaken exit stamp, sign it and everything is hunky-dory.

I put another $20 in the passport and handed it back to the streak of misery. This, he accepted. Throwing it in the usual Vogon money drawer under the desk (there is ALWAYS a Vogon money drawer) and crossing out the stamp with a biro. I should have just done it myself. Ah, but why didn’t I throw a few Euro in my passport at the Tunisia/Algeria border post all those months ago?

I kick myself I really do.

So then back on the bus to Tete to meet up with Gui. The reserve trip was only slightly more hilarious than the one out – the locals call the minibus’s Twomores, because there is always room for two more, and my word, the contortions people put themselves through to squeeze into what space that simply doesn’t, can’t possibly, but-then-it-somehow-does, exist. Wowser’s Trousers.

Gui was a little surprised that I was a good three hours late, but there was just enough time for me to get to the border with Malawi – Nation 119. I said my fond fare-ye-wells and crammed myself into a minibus that soon enough took off towards the frontier. If I could make it to two countries in the one day it would be amazing – the first time since Equatorial Guinea/Gabon.

And I was stuck in Gabon for three weeks, so I hoped it wouldn’t be a precedent.

But yeah, the journey to Malawi, after starting off sloooooow (the bridge across the Zambezi was being repaired; as a consequence the traffic was one way for an hour and then the other way for an hour; we waited a loooooong time) picked up speed after the river and we arrived at the frontier just after nightfall.

There was the usual hustle and bustle at the border, I found myself taken under the wing of a woman named Mel from Zimbabwe, who was travelling to Lilongwe – the capital of Malawi – with her mum and her family. She would be setting up a new life for herself in Britain very soon, far from Mugabe’s brand of genocidal nonsense. They saw me through the all-too familiar procedures; the stamp woman didn’t even give my biro’d out exit stamp a second glance, she just – marvellously – stamped me on my way.

Mel, her family and I grabbed a taxi to the other border post (it was a few kilometres) and it was there I discovered I would have been much better off changing my money – my Mozambique Gobbledegooks for Malawi Thingymajigs at the first checkpoint. Ah well, you live and learn, eh? Within a few minutes, my deniro had been exchanged and I had myself a new SIM card for my phone.

After we crusaded into Malawi (no Visa necessary THANK YOU MALAWI I LOVE YOU), we shared a bush taxi to the nearest town. I wasn’t really expecting to get into Lilongwe tonight, but it looked like I was going to make it. After waiting in a large darkened car park for half an hour, the fringes lit with the bulbs-on-string of the many food/provisions/godknows stalls, a couple of large coaches rucked up and we made ourselves comfortable on the second one – the one with the spare seats.

I texted Jason, my Couch Surf contact for Lilongwe – I felt awful telling him what time I’d be getting in – I’m not going to tell you what time it was because it might give you ideas. In my defence, I did offer to stay in a backpackers, but Jason seemed cool for me stay at his regardless. When the bus was a good couple of hours later than they told me, I sunk into my seat.

But by now the dye was cast, and things had been indelibly set in motion. I jumped off the bus in the capital, said my goodbyes to Mel and her mum and flung myself into a taxi towards ‘Crossroads’, the nearest landmark to Jason’s gaff.

You owe me a drink said Jason in his charming Colorado drawl as I jumped into his car. I most certainly did.