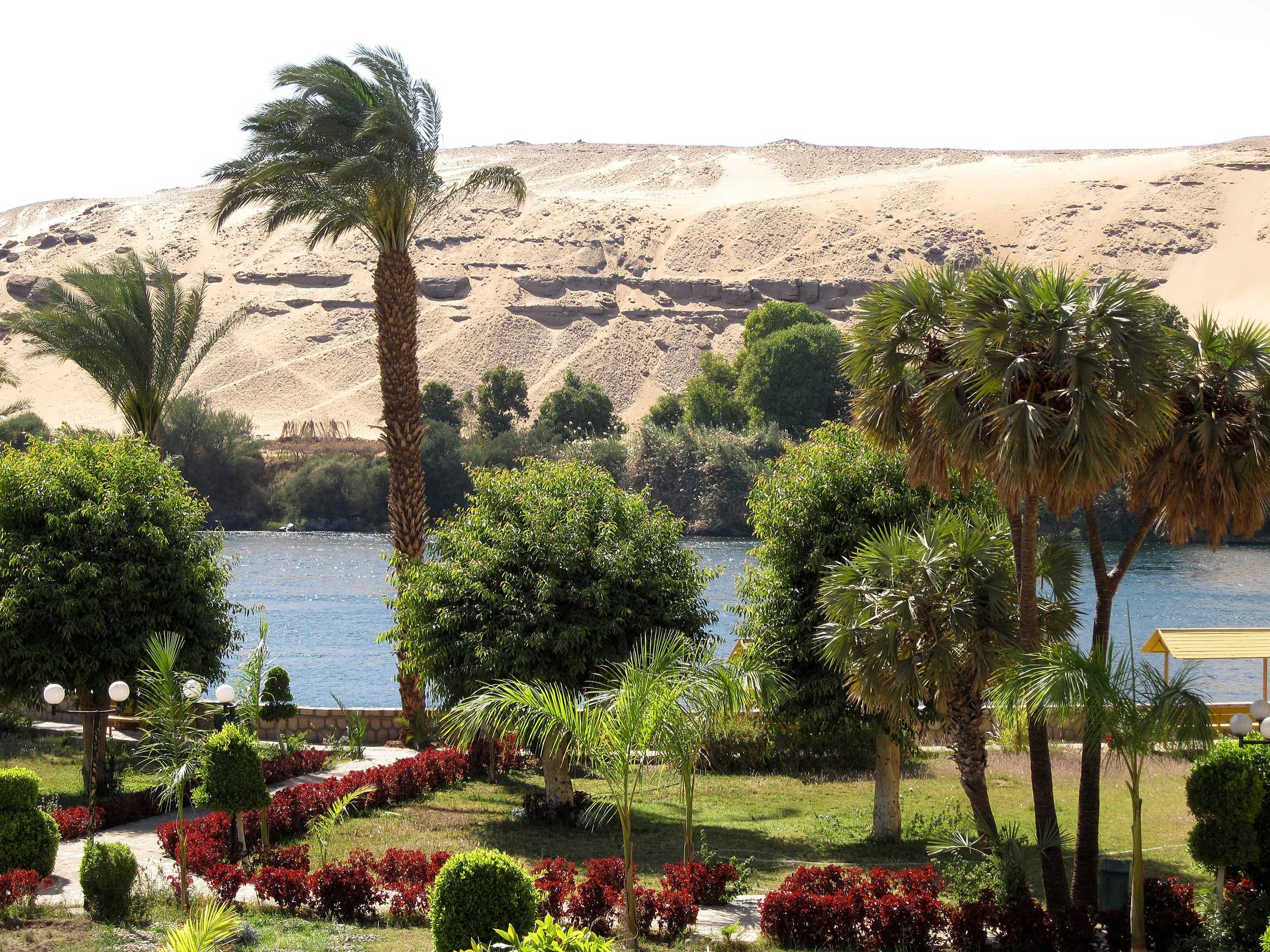 After an interrupted night’s sleep (I foolishly slept under the plug socket that everybody wanted to use to charge their mobiles) we crossed the Tropic of Cancer and came into port in Aswan. It would be a good four hours before they would let us off the boat, as the bureaucratic nightmare that is involved in letting a large group of people over an international border in Africa kicked into slow mode.

While we were waiting, we got chatting to a young couple from Liechtenstein, who had been travelling all over Africa and the traumas they had crossing borders with passports for a country that few people have ever heard of. The night before, Barcelona Marc and I had befriended a couple of Egyptian guys, Rumor and Shabi – and once again, I was bowled over by the hospitality of people when they ain’t looking to sell you something. False hospitality syndrome is something Egypt suffers from greatly and I guess it’s one of the reasons people look at me funny when I tell them that Egypt is the bee’s knees. But after we (finally!) disembarked Rumor and Shabi treated Marc and I to some excellent kushari and sorted me out with a cheap ‘local’ ticket up to Alexandria on the overnight train (it was less than US$10, much cheaper than my journey down here).

After thanking them profusely, Marc and I left to grab a coffee on the banks of the Nile. Aswan is a beautiful little town and, I don’t want to sound too flowery about this, but it’s where I fell for my girlfriend Mandy. As noted in earlier blogs, Mand and I met on a backpacker trip around Egypt in the summer of 1999. For the first couple of days we were always in a bigger group, but when we were in Aswan, we finally had a moment alone with each other walking through Lord Kitchener’s Island, a botanic garden in the middle of the Nile.

At this point that Mandy had utterly no interest in me at all. It would be years later before I wore down her defences enough for her to let me kiss her, but I still look back on that walk through the botanic garden with affection. We sat on a bench in the shade of the giant palms, and Mand told me her favourite joke (“What’s brown and sticky?”). A bench? In a botanical garden? A full year before the publication of The Amber Spyglass?

I love being ahead of the curve.

Anyway, Marc knew the guys in a local hotel that had links with Siwa Oasis. They gave me the number of a guy in Siwa called Mana and said that hopping over to Libya should be no problem – so long as we didn’t get caught. Libyan border guards are not known for their sense of humour.

Later that evening, I clambered aboard the train back up North. I’ve got to say that the public transport in Egypt is awesome – better than England, in fact (although that’s not too difficult). Generally speaking, you can go anywhere in the country at any time you fancy, really cheaply; none of this buses-don’t-run-at-night lark that happens in East Africa and none of the extortionate prices that they charge in the UK. British transport chiefs seem to think that our public transport equates to our ‘public’ schools, i.e. they’re just for the richest 1% of the country and no-one else.

Anyway, the train was pleasant enough, I had a ton of legroom and after typing up a bit of bloggage, I fell asleep in my chair.