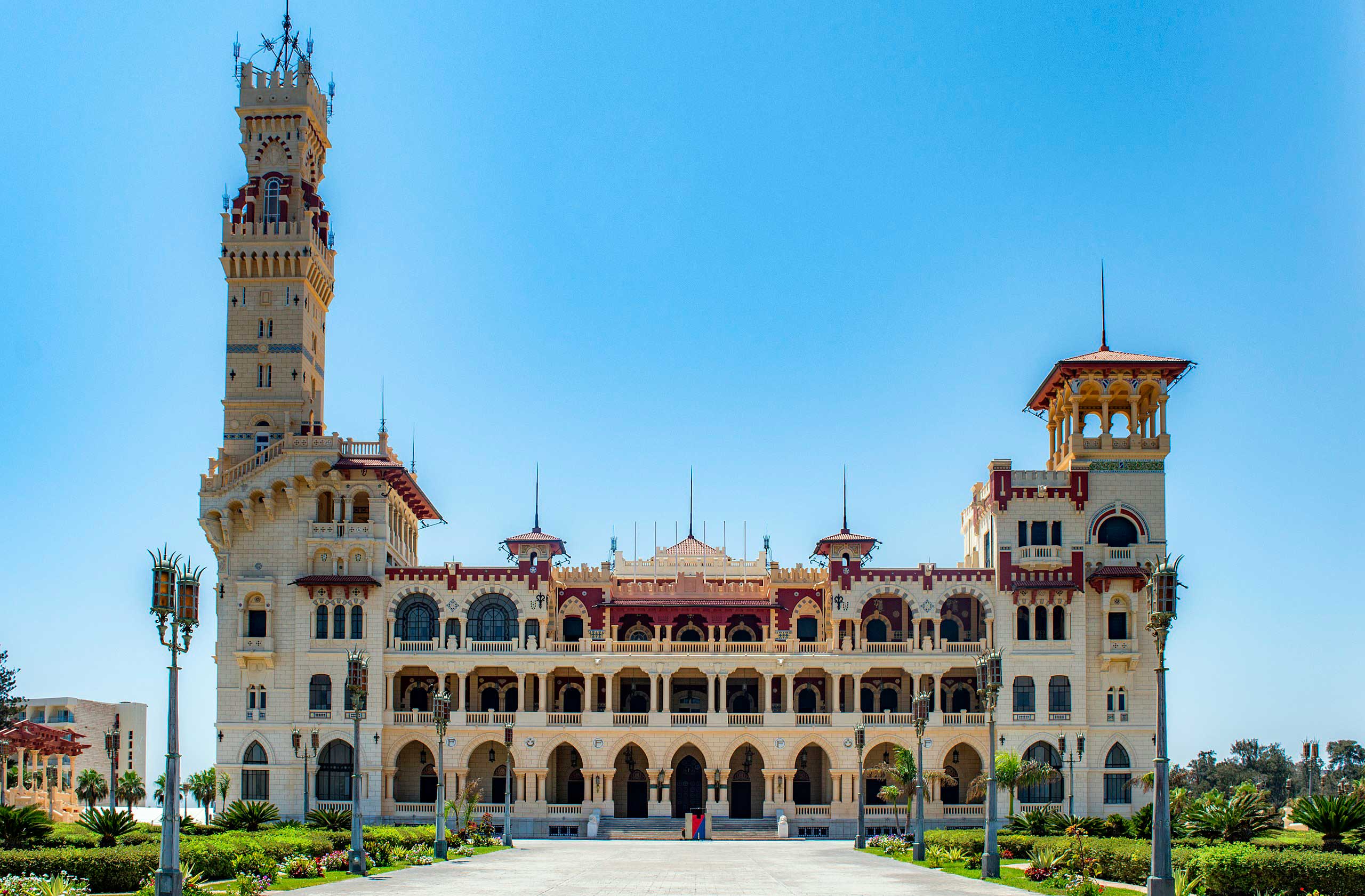 After me waxing lyrical about the Egyptian transport system yesterday, our train arrived in Alexandria three hours late (typical!), meaning that I was too late to get today’s bus to Siwa, so I had to wait until 10pm and get the night bus. But Alex ain’t such a bad place to be stuck-in for a few hours. Apart from the crime against architecture that is the new library, the city is much more pleasant than Cairo and has a wonderful coffee-house tradition.

Maybe those tolerant Christian-types who burnt down the original library (and, in one swift move destroyed more irreplaceable literature and historical information than in a crazed Chinese Cultural Revolutionist’s wet dream) could come back and go to town on this one. Although they might have to invest in an X-Wing, the damn thing looks like the Death Star.

After a pleasant stroll along the prom, I fancied downing a nice cold Carlsberg like John Mills and Anthony Quinn, but Carlsberg is obviously rarer here now than it was in the war. In the end, I opted for a cappuccino in one of the many coffee shops… not exactly an ice cold lager, and it wouldn’t have kept me going in the blazing heat of the Qattara Depression, but it was better than a slap in the face with a wet kipper.

I tried to meet up with Marc’s friend Sofia, but she was in Cairo for the weekend, so I had to make my own fun, which meant spending the evening abusing my coffee house’s free wi-fi and annoying my friends on Skype before boarding the night-bus towards Siwa – and my second attempt to crack open Libya LIKE A NUT.

Day 61: The Saviours of El Salvador