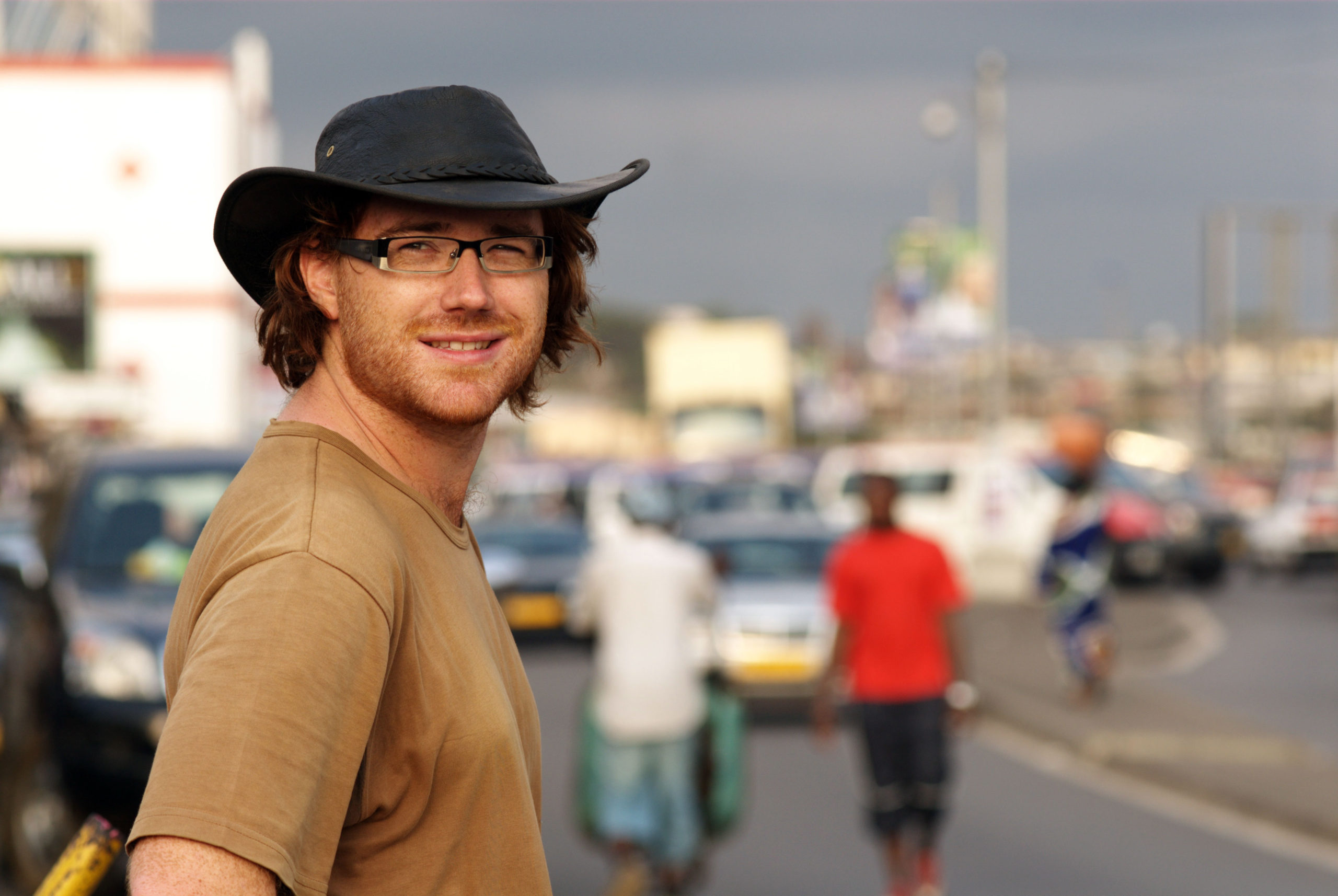 Well…we are pleased to announce that Graham managed – unbelievably – to get from Dar-es-Salaam to Cairo in two weeks, via Rwanda and Burundi (without flying!) and met up with his erstwhile girlfriend Mandy at six minutes past midnight on the first of January 2010 at the Pyramids of Giza where they first met 10 years ago…gripping stuff!

Our Graham is now the official holder of the world record for visiting the most countries in one year without flying. We’re hoping to count 133, but as our figure includes England, Scotland, Wales and Northern Ireland as separate nations, as well as Kosovo, Vatican City and Western Sahara that figure might be revised down a little – we’ll have to see what the Guinness World Records people say.

We would like to take this opportunity to thank all the people who have gone out of their way to help The Odyssey get to this point – the couchsurfers, the shipping agents, the fellow backpackers, the team in the UK, the drivers (there have been many), the sailors and the helpful locals who have propelled this expedition forwards – all for no money and in their own time. There are too many people to thank to name them all here, so please click on our Heroes page to see them in their technicolor glory.

We would also like to thank Sony for making a camcorder that survived (just!) twelve months on the road as well as Dell for making a laptop that still functions perfectly after being bashed around more than one of Mike Tyson’s ladyfriends.

2010 brings with it a new set of adventures and obstacles for Graham to overcome. He has to negotiate his way around the Middle East and Central Asia, India and China, South East Asia and Oceania as well as returning (somehow) to the ‘skipped’ countries of Algeria, Libya, Seychelles and Eritrea. He has 67 more countries on his list to visit before his journey’s end and after the briefest of pauses in Egypt, he will be cracking on with them as soon as he is able.

What’s more is that the TV show is now all done and dusted. Anything Graham films this year and in the last 67 countries is his, his, his and his. What does that mean for The Odyssey? Well it means you can expect (nay, DEMAND) new videos each week up on YouTube for you to watch. We’ve got a YouTube partnership thing going, so just by watching the new vids you’ll be helping raise funds for WaterAid – and saving children’s lives! So watch them from lots of different IP addresses and send them to all your friends and family! We mean it! REALLY!

Well, it’s been one hell of an adventure so far… America, Europe and Africa are all but done, Asia awaits… everybody said that it was impossible to visit every country without flying, but if nothing else this year, I hope we’ve proved that it CAN be done, it’s just going to take a little longer than a year, that’s all…!

Keep watching it, keep reading it, and most importantly, keeping loving it!

How To Travel The World On The Cheap!

The Ten Saddest Songs in the World