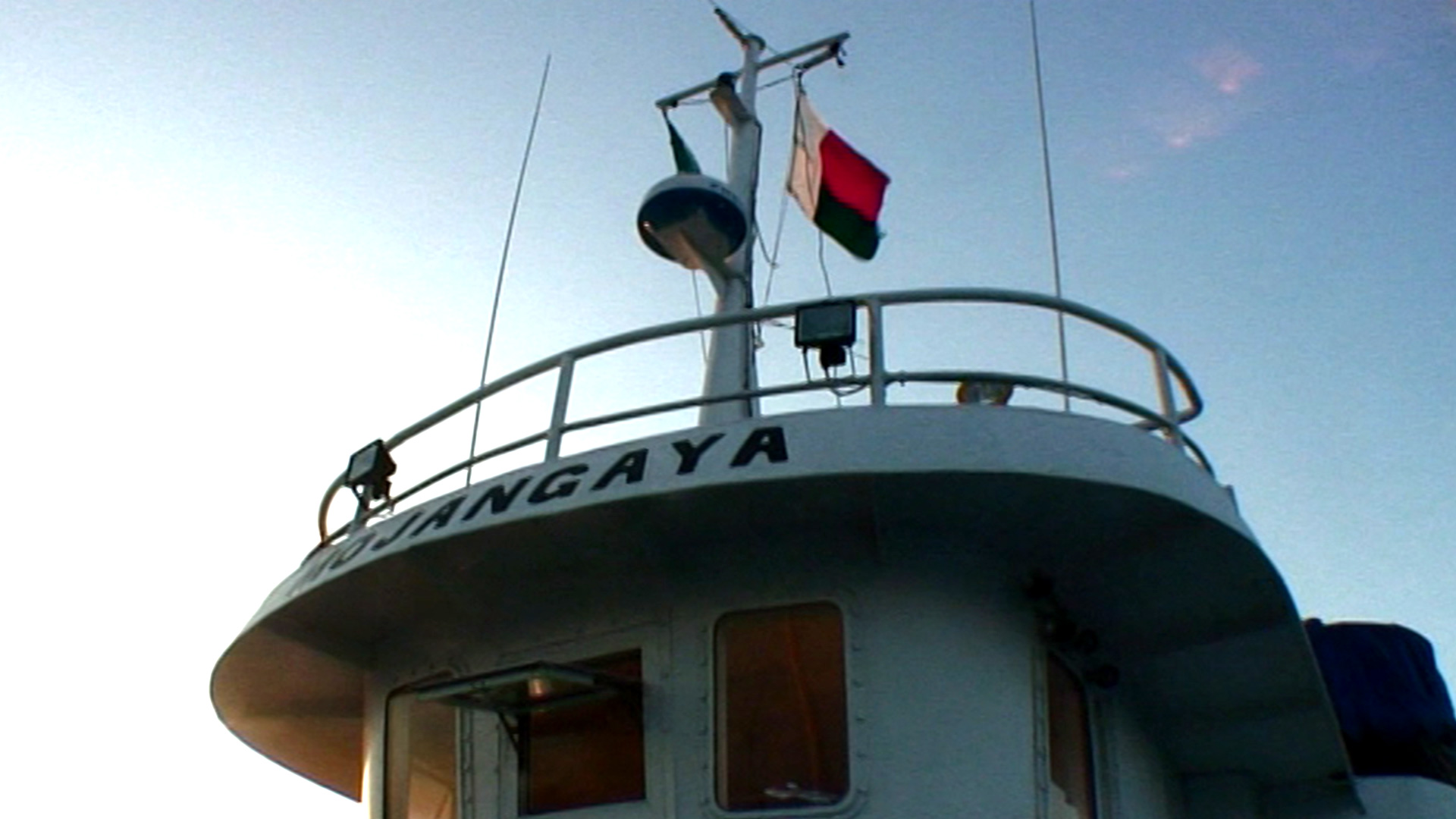 One of those mornings where I really, really can’t be bothered getting out of bed, but I haul myself out regardless – after today, there isn’t another boat to Madagascar for a week or so, so I don’t have much of a choice. A cold shower in the morning is a pain as always, doubly so when there’s no running water and you have to give yourself a ‘bucket shower’ from a large water container that might as well put up a neon sign saying ‘Mosquito Motel – Vacancies’. The Malaria rate for Comoros is sky-high, which is weird because you’d expect an island to be able to do away with Malaria quick smart, all you need is some DDT. Oh hang on, the West banned DDT in the sixties didn’t we…? After (thoughtfully enough) eradicating Malaria in all our smartie-pants countries.

A bit like not finishing the course of antibiotics. Ho hum.

I headed down the port, kinda half-believing that the boat would be leaving today, but bracing myself for disappointment if it didn’t. I managed to snag a ticket for €90 and soon I was on the boat, The Mojangaya. It couldn’t have been more different from the damn Shissiwani II. First up, it was clean. Secondly, there were only ten passengers (not over one hundred) and we all had comfortable padded bench seats to keep on, like upper class tramps.

But would it actually – you know – leave? I looked over the quayside to the Shissiwani II – it was still unloading(!) Along with the passenger equivalent of a cruise ship, they had packed the cargo equivalent of a super-container into a tiny cargo vessel. Look out for that name – the Shissiwani II – I (slightly morbidly) bet you it sinks with horrific loss of life sometime in the next five years. No wonder the authorities in Dar were so reluctant to let it go. Given the small compliment of passengers and the lack of any discernible cargo, I was well expecting to be waiting all day (or all week, or all month) for such and such to turn up. But no! We were in luck, the Mojangaya and its sister ship, the Liege, were raring to go! Two ships! Not only did I feel elated that we were pretty much leaving on time, I also felt for the first time since I lost my Sat Phone, you know, safe.

I waved a fond farewell to Comoros. I doubt I’ll be back unless circumstances dictate, but it wasn’t a bad place. I bet Mayotte is infinitely nicer though – there are certain advantages to not being independent. I know if I end up bankrupt at the end of all this nonsense, I’ll be a thirty-one year old kipping at my mum’s, and it doesn’t bother me a jot; we are all working for The Man: it doesn’t matter what colour hat he wears.

10:52am: we pull out of Moroni harbour. This boat is GREAT. No sleeping on the floor, no crap everywhere, no livestock, hurrah and hurry for The Mojangaya!!