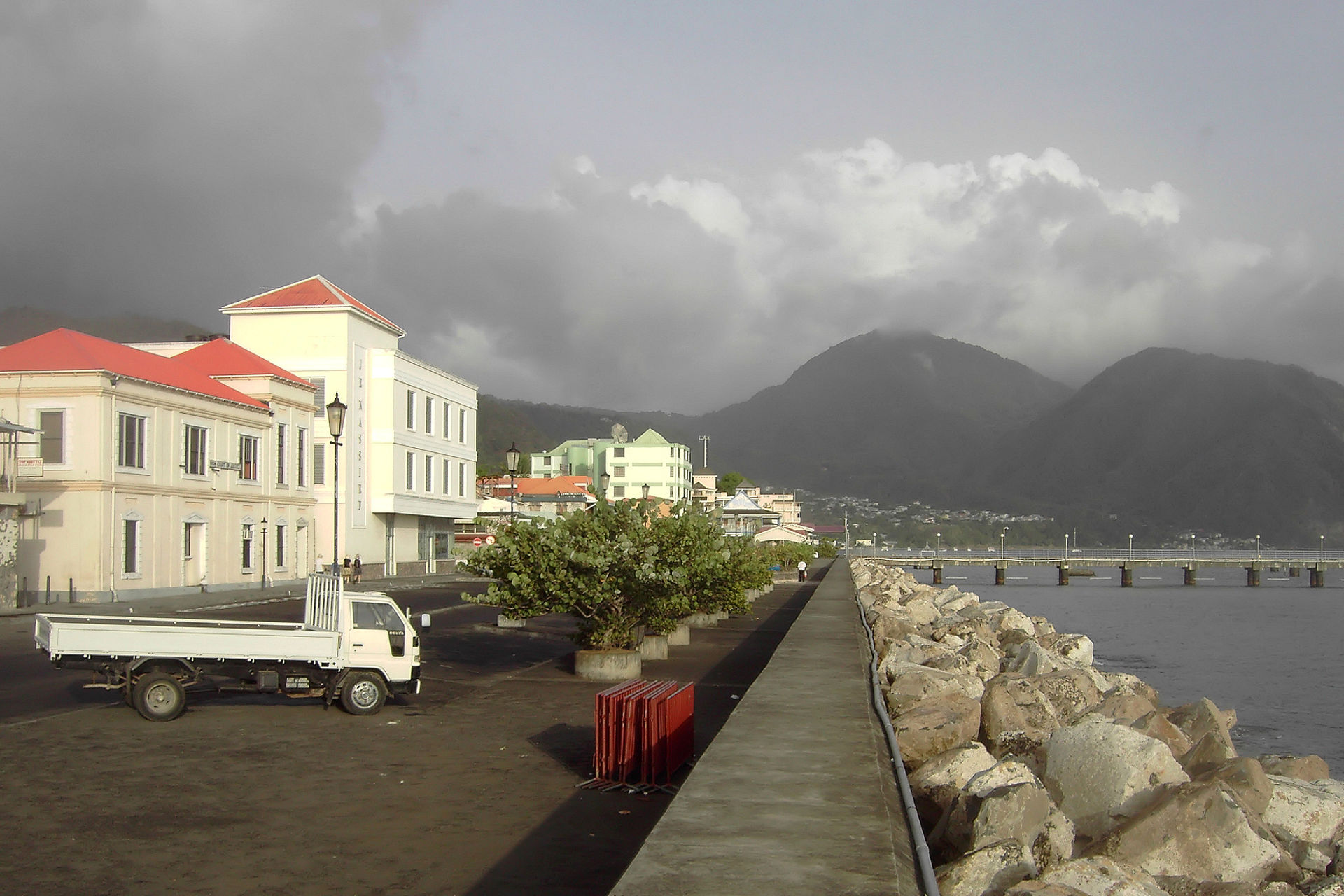 Martin and Fabio had to be up for 6am, as they were getting a plane to South America, so I thanked them profusely, got their photos for the ‘heroes’ page and had a much-needed shower before sneaking out of the hotel before the receptionist woke up. Ha! I win Martinique! I WIN!!

I’m now on the ferry (another one – bliss!) to Dominica, where, if all is fair in love and war, I might just be able to smuggle my no-good hide onto a cargo boat bound for St. Kitts. As always, nothing is confirmed, so fingers crossed!

Had to argue my way through immigration – not having an onward ticket is like showing up to a funeral in the nack around these parts. A bit of over-earnest “it’s okay – I’m booked on the Eastpack cargo ship heading for St. Kitts” (even though I wasn’t) and flashing my dog-eared saltwater-smudged letter from Lonely Planet explaining this whole idiotic mission and they soon let me through. Although it might have more to do with the crowd of 100 or so people in the queue behind me tapping their collective feet impatiently.

So I crashed through Roseau, the capital of Dominica, heading FULL PELT towards Whitchurch and co. Roseau city is tiny, so it was no problem getting there. My man on the case John Howell had spent the best part of the day trying to contact the captain of the Eastpack, George Solomon, without success.

The nice man in the office rang the captain. He didn’t exactly go out of his way to sell this thing, so the captain (unsurprisingly) said no. Can I – er… can I speak to him?

So now I’m sitting on the dock of the bay, quite literally, Woodbridge Bay in Dominica, watching the Eastpack load up. The sun is silently setting behind me and in the morning (all being well) I’ll be in St. Kitts. 7 down, 6 to go…