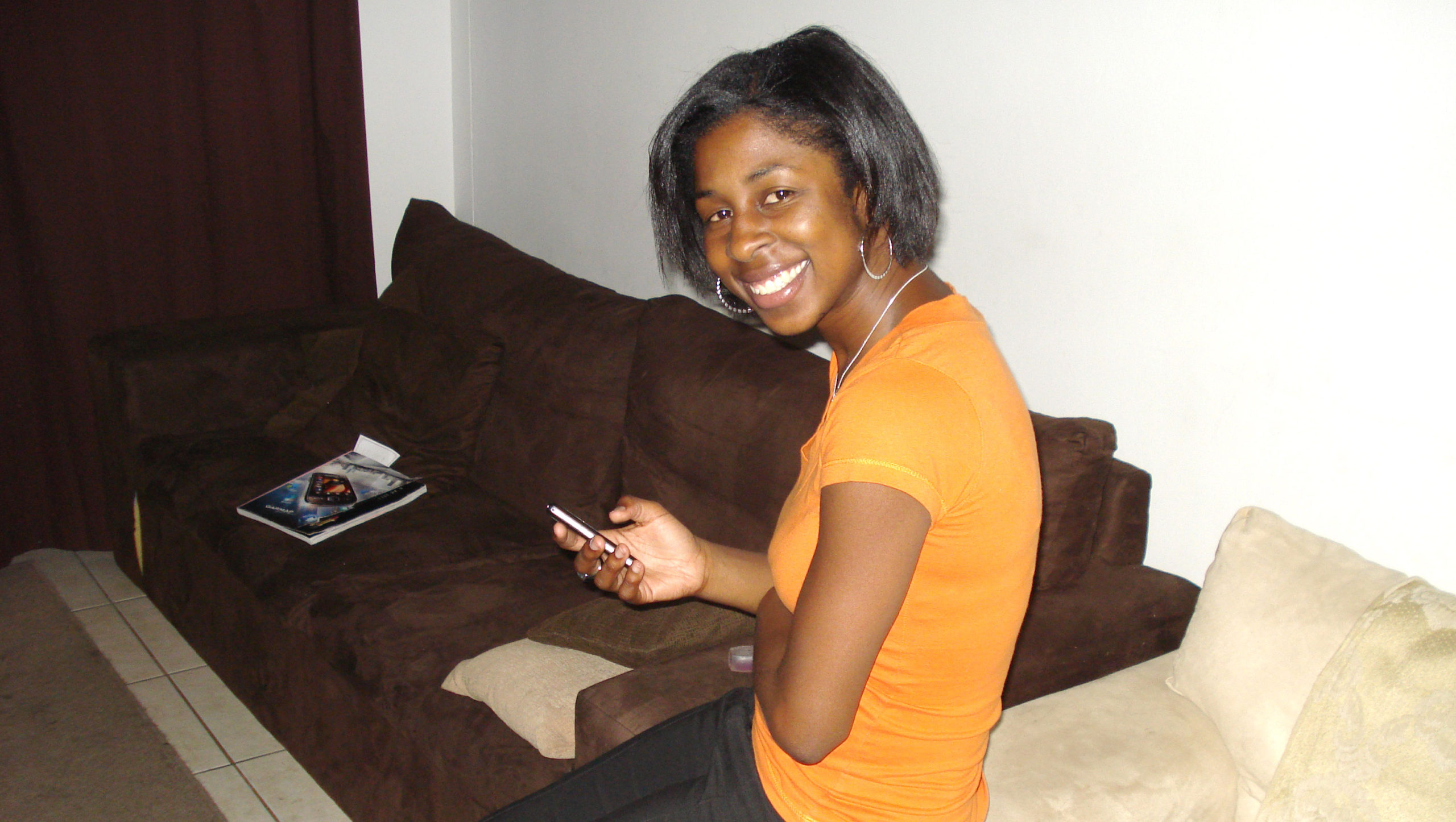 Arrrrrrgh! ANOTHER get-up-at-5am-bus-leaves-at-11am day. I tell you, good information is priceless. Cliff and I wound up hanging about for hours before we actually left, but when we did hit the road, it was the sum of bliss.

When I crossed the border into Namibia yesterday, I didn’t just cross into another country, I crossed into another world. The developed world. And God I’ve missed it. A word of clean toilets, hand-dryers, fast-food (I haven’t seen a KFC since Spain), sealed roads, traffic lights, road rules, roadworthy vehicles; roads bereft of hawkers, beggars, goats, chickens and those f***ing police checkpoints.

I guess in hindsight I will look back over my four-month slog through West and Central Africa with affection. But not today. I’m just glad to be out.

Namibia was once a German colony, but after World War I, Germany lost its African possessions and South West Africa, as it was then known, fell under the rule of South Africa. SA clung on to the place until March 1990, making Namibia one of the youngest states in Africa, after Djibouti. Namibia has the highest gem quality of diamonds anywhere in the world and enjoys a mixed economy and a free press – something that their impoverished colleagues in West and Central Africa do not.

We stopped at service stations that were fully stocked with everything a growing boy needs. I saw Warthogs, Antelopes and Water Buffalo. As night fell, an electrical storm reared up ahead. I love lightning. It quickens my blood. The landscape was beautiful and vast.

This was the Africa I wanted to see up north. This is the Africa of 2030, if the Bottom Billion can get its act together. This is the Africa people pay to come and see. There is such thing as normal, and whatever I feel about the individual countries, Mauritania, Senegal, Cape Verde, Gambia, Guinea-Bissau, Guinea-Conakry, Mali, Sierra Leone, Liberia, Cote d’Ivoire, Ghana, Benin, Togo, Burkina Faso, Niger, Nigeria, Cameroon, Chad, Central African Republic, Equatorial Guinea, Gabon, Sao Tome, Congo, Democratic Republic of Congo and Angola are NOT normal. I know. I’ve been there.

They need help. But ultimately, the only people who can help Africa are the Africans themselves. Aid is critical in helping with the day-to-day business of staying alive, but these places have a growth rate of just 1%. And it’s been that way since the 1970s. A mixed economy, a manufacturing base, an educated workforce and a strong and sustained investment in infrastructure is the only way out of this mess – look at India, China, Latin America, the Tiger Economies; in the last twenty years, they have really started digging themselves out of the heap. They are developing nations. Sad to say, West and Central Africa aren’t developing. They are stagnant.

We have Developed Nations, Developing Nations and Stagnant Nations. The world is, indeed, split into three. And while there are a few nations outside of Africa that one could consider Stagnant – Paraguay and Afghanistan are examples, the vast majority are here in Africa. 350 million Africans live on less than a dollar a day.

A mere 1% increase in world trade from Africa would be the equivalent of five times the foreign aid currently received by the entire continent. But Africa is not making anything we want to buy, the raw materials she produces are processed elsewhere. I mean, you might know someone who really digs crude oil or desperately wants an unfinished diamond on their finger, but they are few and far between.

No cars, no iPods, no computers, no televisions, no cameras, no textiles, no kettles, shows, dishwashers, bobby pins, tin-openers, grand pianos, computer games, no chocolate-flavoured body paint. In short, nothing that anybody in the rest of the world wants to buy other than BP and DeBeers. A billion people working for a handful of companies – how on Earth is that supposed to work?

Africans are not slackers. They work just as hard, if not harder, as anyone in the Developed World. Their lands are mostly rich and fertile and they possess immense quantities of raw materials that the Developed World could only dream of owning. Theoretically, there is nothing to stop Africans from clambering out of this cesspit of disease, misery and death. Nothing, that is, but the dreadful, inept, thieving clowns that are (sadly) still in charge and the Western Companies that continue to pillage Africa’sl natural resources with gay abandon.

But there is hope. All of the Africans I chatted politics with, know it. One day, my friends, one day. I just hope I’m still around to see it. I’ll drive my electric car along the Pan-African freeway from Tangier to Cape Town to Cairo and back to Tangier. You see if I don’t.

We reached Windhoek at around 9pm. I made contact with Tashia, whose couch I would be surfing for the night. Namibian born and bred, she works in real estate since the diamond industry (her former employer) took a nose dive after the Credit Crunch. She also presents the sports bulletins on Namibia television, which is pretty darn cool.

Wonderfully, she went to DHL during the day to pick up my new hard-drive, so I can get some more videos edited (wouldn’t that be a fine thing?) and tomorrow hop on the overnight bus to Botswana and South Africa tomorrow evening.

My passport is almost full, so I’m going to have to pick up a new one in Pretoria. I’ve still got a LONG way to go, baby. A long way.