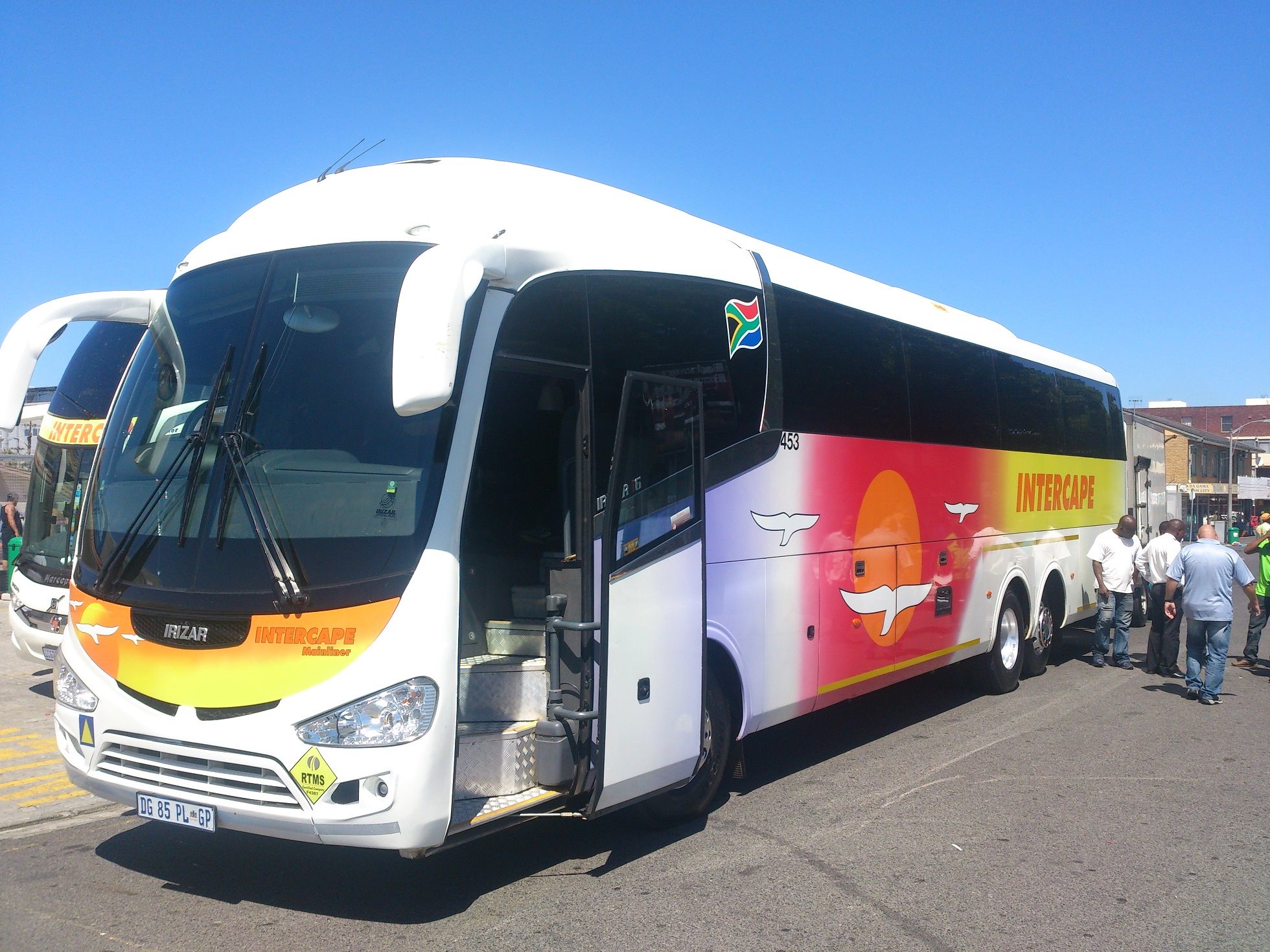 It was a comfortable night on Tashia’s couch, interrupted only by the once-an-hour shrill of my mobile phone waking me to change the video tapes that I was uploading onto my laptop. I would be going to DHL later to send the tapes to Australia and I didn’t want to let them go (especially after what happened to me in Congo) without making sure I had a back up.

In the morning, Tashia left me to my own devices. Soon I had all of my tapes uploaded and I was ready to go. The bus for South Africa left in the evening, so there was no rush. Tashia came back around lunchtime – her kid had fallen ill and had been admitted to hospital. Nothing too serious, but it looked like he had a bout of food poisoning and the doctors wanted to keep him in for observation. Tashia’s dad (a HUGE Liverpool FC fan) dropped me off at the coach offices on the way to the hospital.

I bought a ticket for the Intercape Mainliner bus to Jo’burg/Pretoria, but they were sold out. The lady who was serving me suggested that I got the first bus as far as Uppington (the first major town over the South African border) and then chanced my luck that there’d be a spare seat on the connecting bus. Would it be okay if I left my bags here for a bit? Sure! I then asked where DHL was and one of the other ladies offered to drive me over there.

I nearly fell over.

This level of customer service was not something that I was expecting. It doesn’t exist in America, it certainly doesn’t exist in the UK. What wonderful, wonderful people!! Intercape Namibia gets a gold star and a jelly baby from me, seriously.

So the tapes were mailed off to Australia (a little cheaper than sending them from Sierra Leone, but I didn’t get much change from my $100) and after thanking the Intercape ladies profusely, I headed out for my afternoon mission – to buy a new charger for my Nokia mobile phone. My own one had blown a fuse the night before.

Easier said than done. I spent a good hour traipsing around a shopping mall trying to find one. In most African countries you can pick up a Nokia charger on every street corner, but I was not in luck – everywhere was sold out. I ended up buying a new phone. Ah well, I probably needed it, my old mobile was on its last legs – it’s fiddly to charge, the screen has a big black splodge in the middle, it takes 20 minutes to load up when you turn it on, the batteries barely last a day and it keeps crashing in the middle of conversations – I might have survived West and Central Africa, but my phone didn’t!

One thing they did have in the mall – a Wimpys burger joint. Crikey – remember them? Way too much ketchup, though. I got back to the Intercape offices and jumped the overnight bus to country 113 – South Africa.