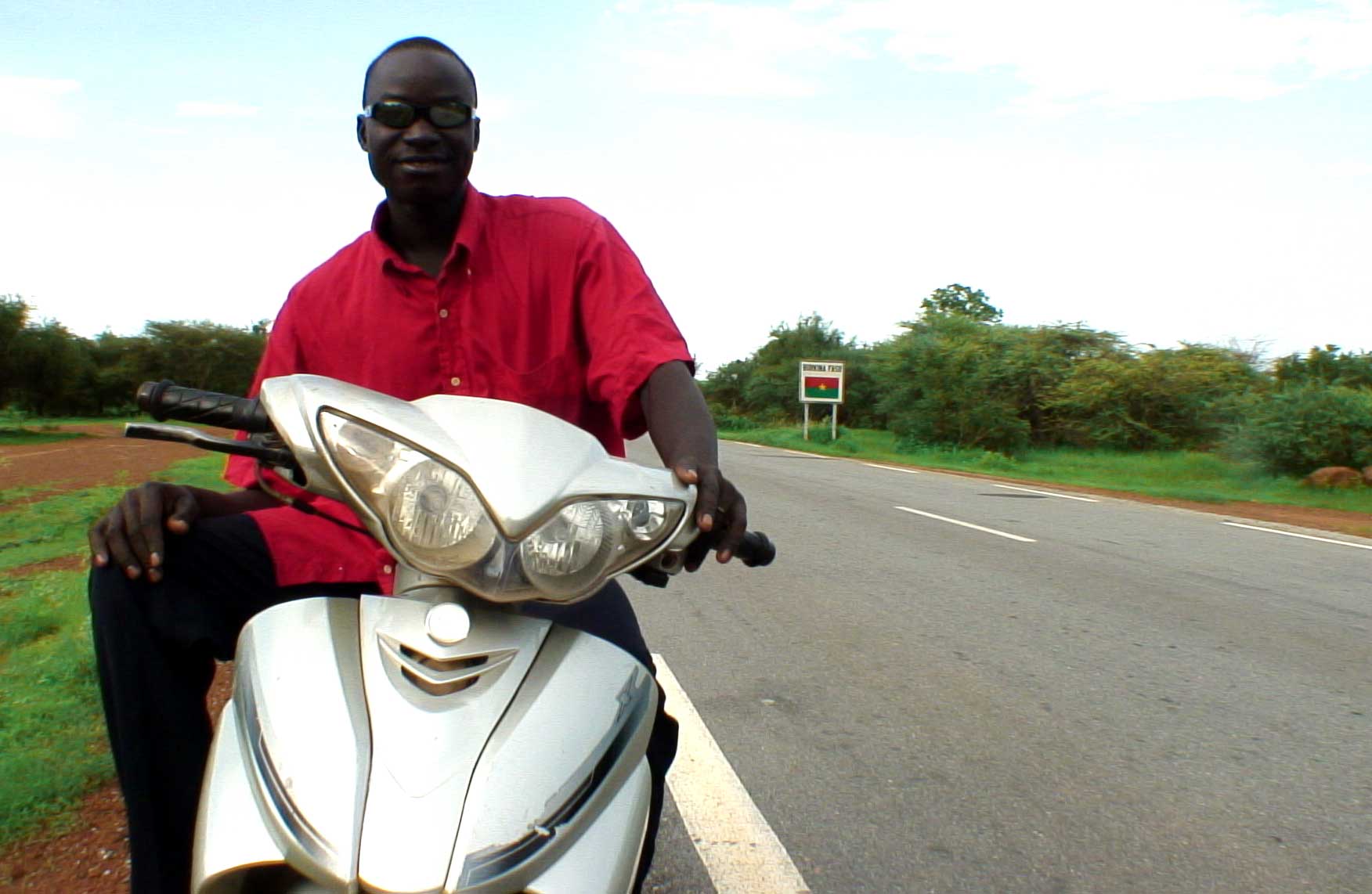 Once dawn had crept up on us unawares, the driver finally took us to our destination. A bus journey to the next town and then – as there were no buses to the border, we hopped on motorbike taxis to the imaginary line that separates Benin from Burkina Faso.

In a stroke of genius rare in the political elite of Africa, the late Thomas Sankara (Tom Sank to his mates) changed the name of Upper Volta to Burkina Faso in the mid-eighties. Why? Well because it means The Land of Honest Men.

As any educational psychologist worth their salt will tell you, if you tell someone they are bad over and over again (as my teachers often did to me), they will eventually think – oh well, if everyone says I’m bad, I must be a bad person, so it’s my nature to do bad things. Then they’ll go off and set a cat on fire or make Indiana Jones and the Kingdom of the Crystal Skull. The converse is also true. Now, knowing the power of Semantics, Tom Sank changed the name of his country so that anybody being corrupt and dishonest is not just a liar and a thief, but is also a traitor, no less. The result is startling. Even people who would quite happily cosh an old lady to death just to get a better view of the football take a dim view of traitors – so in order to not be seen as a traitor, the good people of Burkina are bribe-adverse in a way that their West African brothers could only dream of.

Simply put, you cannot be a dishonest man in the Country of Honest Men. That’s the power of Semantics. For more information, see Great Britain.

As Rocco’s passport was in Cotonou getting his visa, he couldn’t cross the border with me, so I left him and made my merry way towards Niger, which I planned to border-hop. My Burkina Dasho (see what I did there?) was making good time all the way to Fada N’Gourma, the crossroads of the country. I had the good fortune of getting the last place on the bus so I didn’t have to wait for it to fill up.

Unfortunately, the road to Niger (country 102) was not so smooth. Because of recent bandit attacks (looks like somebody didn’t get the message about being honest), the road is closed except at certain times of the day, and I just missed out on the last convoy. So I had to wait until 4pm. Any hopes I had of getting back to Rocco today went straight out the window.

And then when I eventually reached the border – more problemo’s. Not content with ruining my plans yesterday by having an inconveniently timed independence day, today they were having an election. Which meant the border was closed, to everyone, until tomorrow. Bah.

I had a chat with the border guards on the Burkina side and explained what I was doing. They said I was free to go over to the border and step back if I wanted to, but that the Niger border guards are not nearly as much fun and may well shoot me. So I found a grotty little Auberge run by a great guy named Frederick, and I crashed for the night.