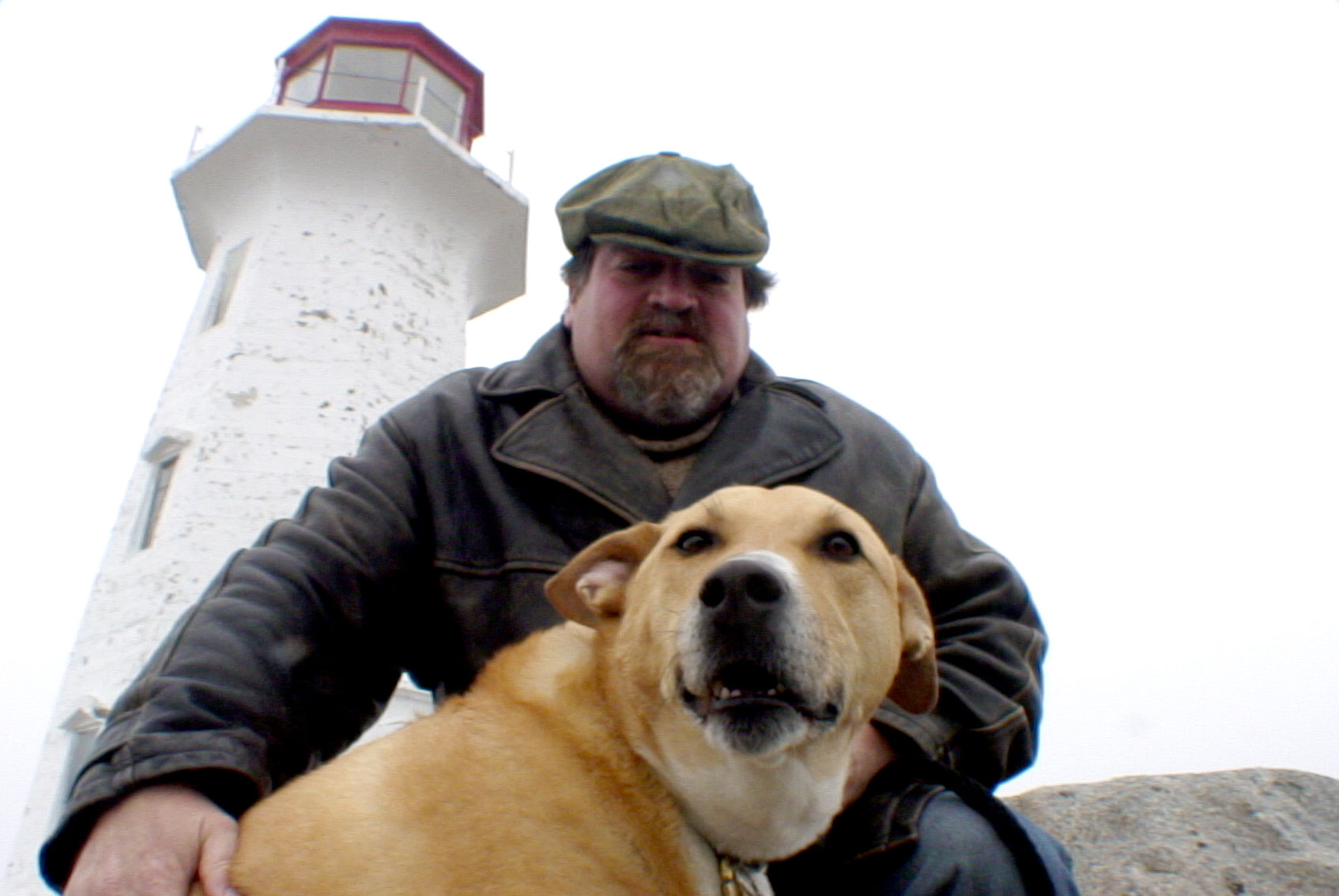 Today I met up with James and we headed out with Rocky the dog, to visit (wait for it, wait for it) LIVERPOOL! Not Liverpool Liverpool, but Liverpool, Nova Scotia. On the way, we stopped at Peggy’s Cove, a picture-postcard, fishing village complete with lighthouse and waves crashing against rocks. There, I picked a lobster from a tank, named him Oscar (James’ suggestion) and got the restaurant to throw him in a big pot full of boiling water for my sadistic pleasure. I then cried like Homer Simpson EATING PINCHY while cracking open the tasty bugger and stuffing him into my chops, accompanied by copious amounts of garlic butter and mashed potato. YUM!

We then continued on to Da ‘Pool, only to find a remarkably pleasant little town by the sea. The houses were all old and made of wood, there were little cafés and giftshops… I would have named it after Llandudno or Colwyn Bay, but it’s called Liverpool and that’s the end of it. A thousand times better than Liverpool on the outskirts of Syndey Australia. That place really sucked.

As well as looking like Brian Blessed, James is a member of Engineers Without Borders, an international organisation much in the mould of Medicines Sans Frontiers. This fits in very well with the charity that I’m doing The Odyssey for – WaterAid – as there are a painful number of gob-smackingly corrupt governments around the world who think that building nuclear weapons and sending their children to Oxford University is somehow more important than building decent sewers for the people. What the world needs is modern Joseph Bazelgettes, because if you don’t have proper sewers half your population are going to DIE before the age of five through water-borne diseases.

Anyway, James is a huge fan of the Burning Man Festival, which is pretty much Glastonbury in the desert – and while I doubt I’ll be returning to Halifax in a desperate hurry, the words ‘Glastonbury’ and ‘Desert’ are bound to make my ears prick up like the over-excited puppy that I am. So I’ve promised James that I’ll meet him again at Burning Man 2010, and anyone who wishes to join me is very welcome to tag along.

James dropped me back at the Backpackers on Gottingen Street and I tried to entice Seppe, the German guy with the large hole in his earlobe, to come out on the sauce with me. Seppe, like myself, is waiting for a boat to take him over the Atlantic (actually, to Cuba first, then Naples) but it’s been delayed for ages and now he’s suck in Halifax for at least another week. But I can sympathise, my boat was supposed to get in today, but it’s been delayed until Wednesday. So I’ve got even longer to spend in Halifax.

I’ve got about 265 days left to get to 157 more countries. I really shouldn’t be spending 9 days in Halifax! 🤦