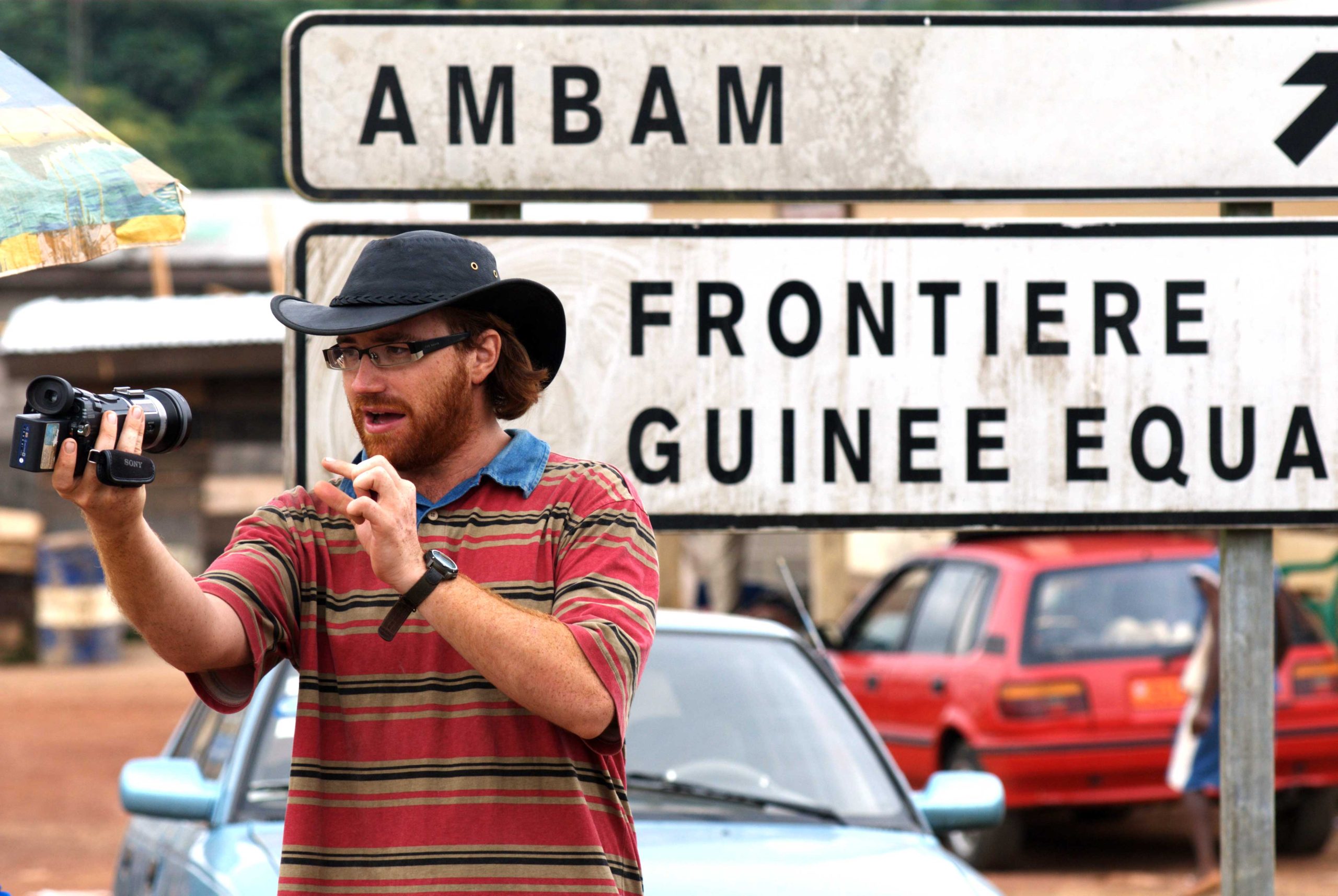 I headed over to the Equatorial Guinea embassy only to be told that all the borders were closed and that they didn’t issue tourist visas at all, ever. I’ll just have to ask the border guards very nicely to let me in.

I picked up my Gabonese visa, but zut alors! they’ve only given me a SINGLE entry visa. Which means I’ll have to buy another one in Sao Tome to get back. That will be my THIRD visa for Gabon, as the one in Passport #2 had run out. Ygads!!

We packed up our gear and headed to the bordertown of Ambam on the frontiers of Equatorial Guinea and Gabon, arriving around midnight after a few more spats with the bloody horrible checkpoint policemen (including one where they said that Rocco’s visa was invalid, because he needed two visas, one to arrive and another to move anywhere!!). Ratbags.

Can I also point out that there are too many countries called Guinea. There’s Guinea, Guinea-Bissau, Equatorial Guinea and Papua New Guinea. How many Guineas do we need?

Ambam was hilarious. I took Rocco out to a local nightclub where he was instantly set upon by a sexy young thing who clung to him like a limpet. He had to prise her off with a crowbar. All the fun of the fair.