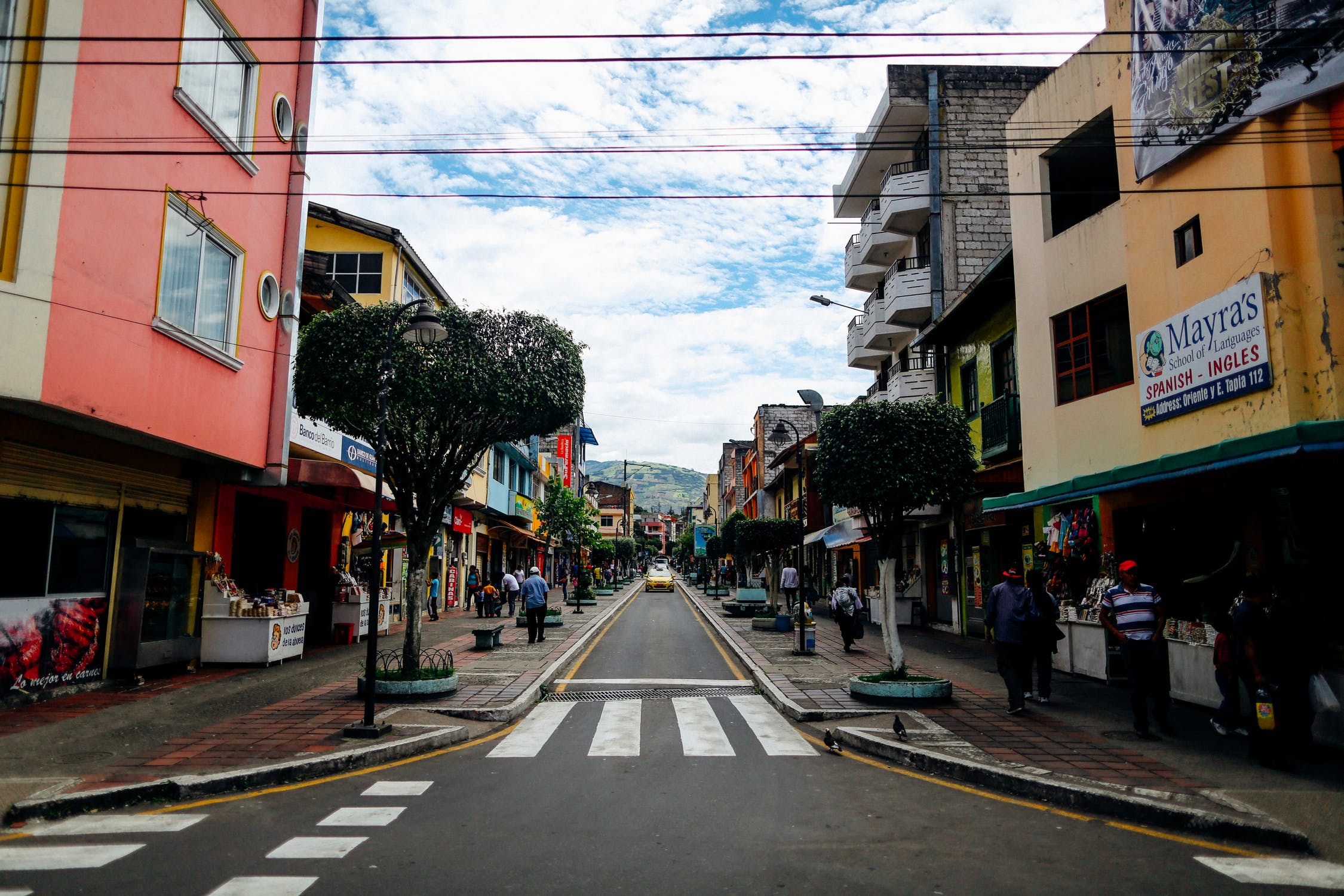 I flaked it. I should have been up with the lark and on a bus to the border, but I decided to have a day off. This decision is no doubt going to haunt the rest of my trip around the Americas.

Actually, it wasn’t much of a day off – I had loads of stuff to do and putting together the first podcast took ages.

I’ve got to say Quito is magnificent, though. Unlike every other South American city I’ve visited (and every city in poor old England), they haven’t tried to integrate Modernist concrete and breezeblock municipal shopping mall/offices/discotheque/multi-story car park hell (come, come, see effendi, all under one roof like some kind of Djinn magic!) into the nice bit of the city. They’ve shoved that to one side like an unwanted Brussels sprout and left the ‘old city’ to its own devices.

Add to that a recent restoration project has resulted in the most beautiful city centre in South America. Ecuador is not a particularly rich country, but it really has a Sunday Best to keep lovers of the golden era of architecture like me happy. Thank you Ecuador. I will make a mental note to buy more coffee and bananas off you in the future.

Interesting fact – even though Quito is just a few kilometres from the Equator – it’s not that hot. In fact, it was positively brass monkeys at night, and during the day I needed a jumper. Another interesting fact – I crossed the Tropic of Capricorn just north of San Salvador de Jujuy in Argentina on Day 2. Five days is all it took to get from the Capricorn to the Equator. On a bus!! Odyssey a go-go!!

Oh – some good news as well – Vodafone YES THAT’S VODAFONE, are giving me free mobile broadband for the year, so I’ll be able to do loads more stuff online (like respond to all your emails and get these blogs up daily!)

Thank you Vodafone, have a gold star and a jellybaby. You’re much better than all those other LOSERS at those other telecommunication companies I could mention!!

Okay, that’s your lot. Get your mates to give some money to WaterAid. Cheers!

Day 3: On The (Bolivian) Buses