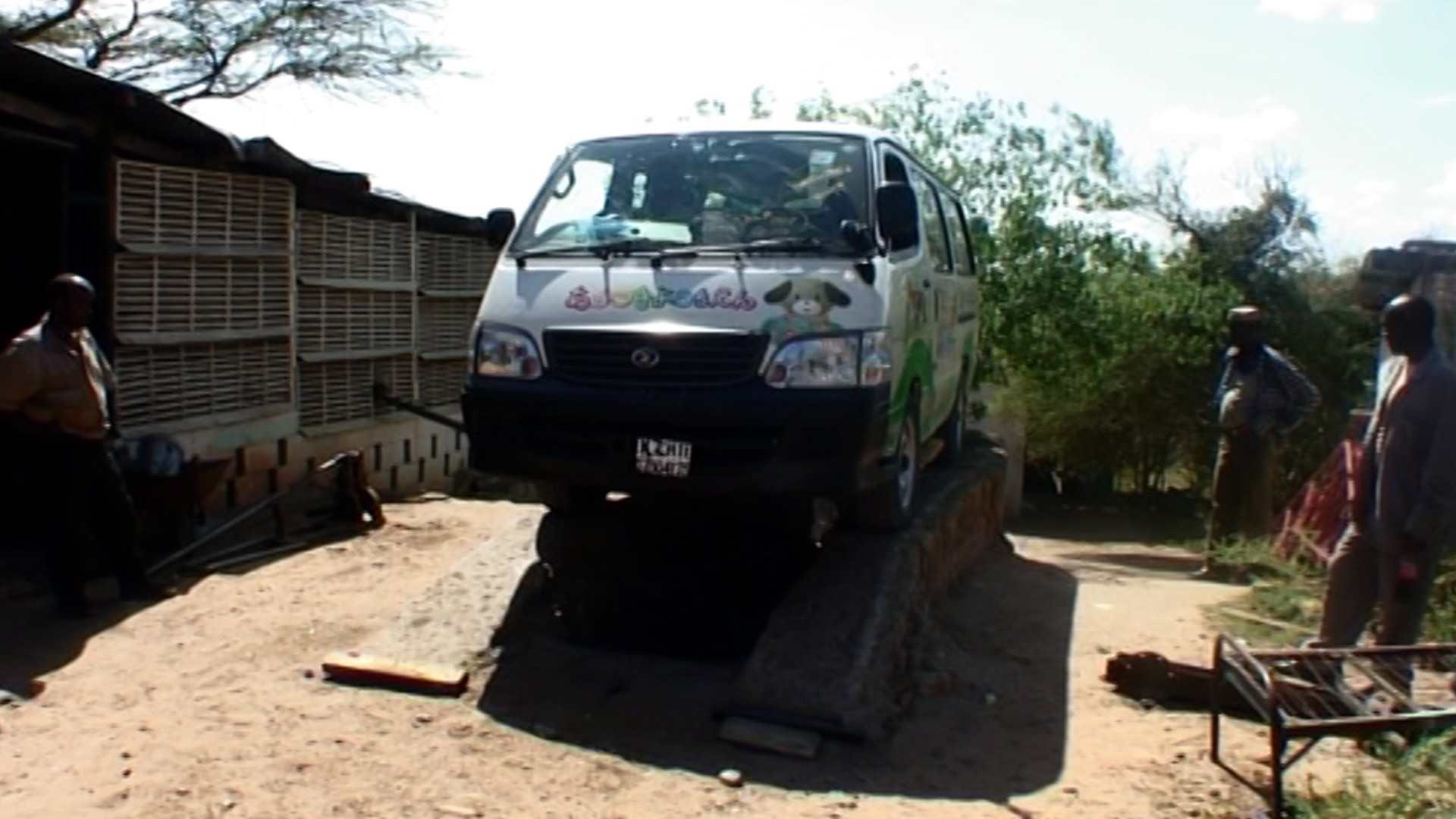 The bus we’re on is equipped to ferry schoolchildren around in Japan. It is not in any way shape or form designed to survive the horror that is an African highway. With a ground clearance of (let’s say) two inches, we bumped, scraped and scratched our way along the road at a respectable five kilometres an hour, dripping oil, water and brake fluid, busting our exhaust, losing fair chunks of metal as we plodded along.

We were supposed to get to the border at around 7pm that night. But by 9am we were still at least 24 hours away and going nowhere fast. After losing a couple of hours while the oil leak was plugged (with bubblegum no doubt) we were told that it would take us two hours to get to the next town. It took eight.

You see there is something you have to understand about quite a few Africans I’ve met on the road; they won’t necessarily tell you the truth, instead they will tell you what they think you want to hear. The trip was torturous. Crammed into the special bus, we picked our way along the road so slowly we might as well have been going backwards.

Usually in The Odyssey, this would be a pain in the ass. When you factor in my burning desire to get to Egypt for New Year to see Mandy again, this was nothing short of a disaster. When we finally reached the next town (it would have been quicker to walk) I dragged Matt out of that bloody minibus and we legged it to the main road.

The minibus would be leaving at 9am, the next day. At the rate we were going we would possibly reach the border in two weeks’ time. This was a rather unacceptable situation but luckily as I got to the main road there was a big truck loaded with cargo with a bunch of people sitting on top of it – if there’s people on board, then it’s public transport as far as I’m concerned. We paid $20 each and clambered onboard.

This bit of the journey was great. High up on top of this truck with the sun setting to the west and the wide expanse of Kenya all around, the wind in my hair and a goofy grin on my face. This is travelling!! The top of the truck was remarkably comfortable (and spacious!) and once the stars came out I had an unparalleled view of the celestial sphere. Wonderful.

The only thing that wasn’t wonderful was the fact that we didn’t make it to the border. At 10pm we stopped at a village a good three hours away from Ethiopia. We grabbed a room in the local guesthouse (grotty as hell, but only $2 – HEAR THAT COMOROS?) and settled down for the night – our journey would resume at 6am the next day.

Bah! Not an unmitigated disaster, but this is really going to make the next few days even more tricky than they already would have been.

Day 279: The Highest Pub in Africa