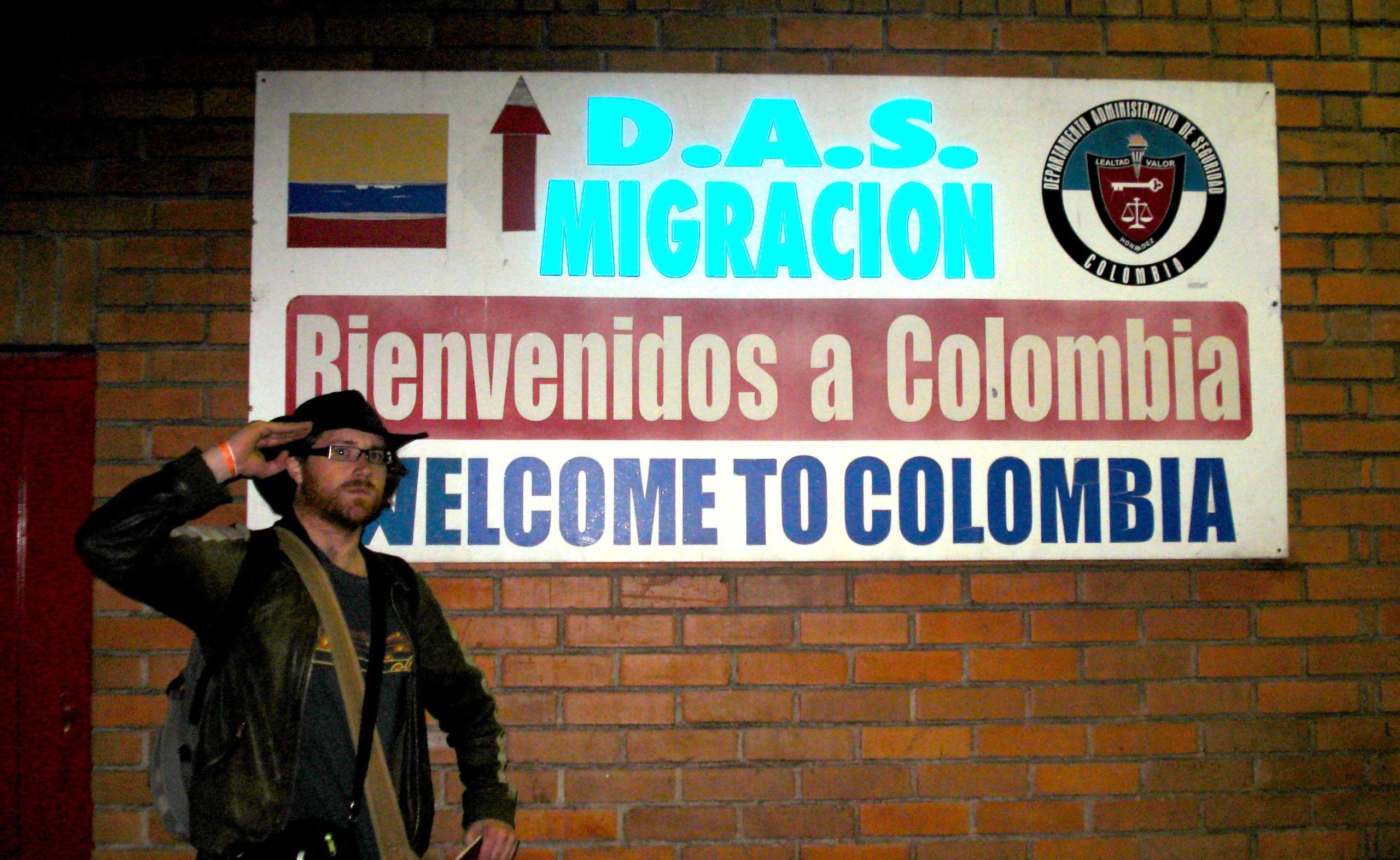 Okay – day of ACTION! Got up at some ungodly hour and rendered the podcast, got to the Internet café at 7.30am and uploaded it. Got to bookshop at 9am and bought new Lovely Plant guidebook (PHEW!)

Jumped on the first bus to the border (11am) and CROSSED THE EQUATOR!! So I’m now back in the Northern Hemisphere.

Got to the border in good time, 4pm.

Then…. Waited, and waited, and WAITED to get my exit stamp.

It was 7.30pm before I got across. And I pushed in. I bribed a Canadian guy called Matt who was in the middle of the queue (rather than the end) with a Coca-Cola and he let me in. Thanks Matt!!

It was the old South American trick of employing just one guy with a stamp to process 500 people. Urgh! Entertainingly enough though, there were actually real monks in the queue. Monks! With bare feet and brown robes, rope belts and tonsures and everything!! I realised I had never seen a real, live monk before. I was so excited I think I did a little wee. Bet they were wearing hair vests as well. I should have asked them.

So I’m now in Colombia. The direct bus to Bogotá was sold out (typical!) so I had to get the bus to Cali instead. Which is actually on the way – I know – I checked the map! Although they didn’t let me get on the 8pm bus, they said that was full (in the time it took me to pay by Visa) so I was stuck until 9pm, but once the bus was on the way I was absolutely gutted that I had lost so much time at the border. The views of the valleys and mountains on the right hand side of the bus during the day would have been spectacular. Hell – they were pretty impressive in almost complete darkness.

Every half hour, our bus got stopped and searched by police/army types with big guns and no smiles. Everyone on the bus seemed quite resigned to this as the way of life here, I stayed awake for the first four searches, but then went beddy-bo-bos and missed the rest.