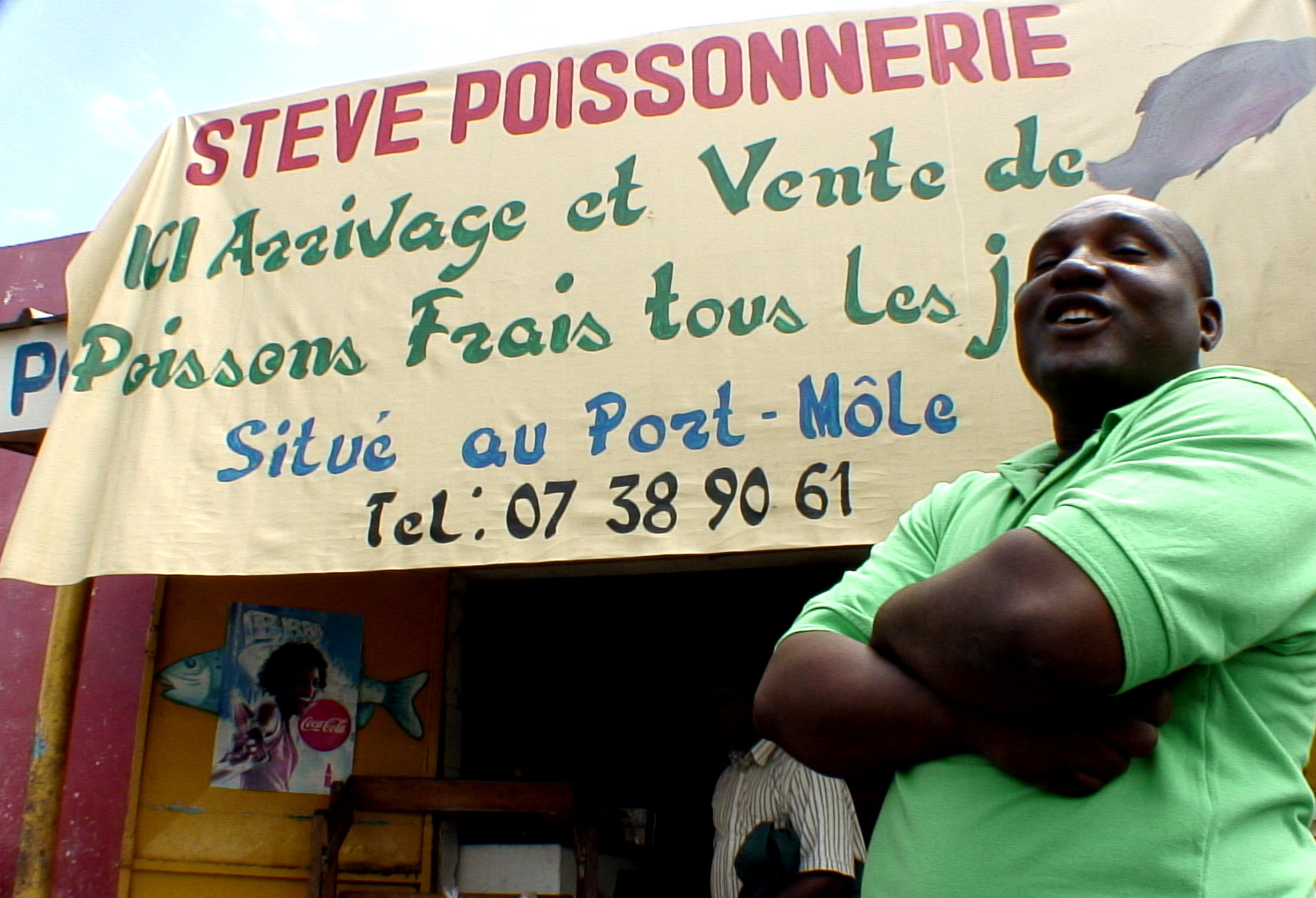 I had a mission. Mission GPS. The results of the election still hadn’t been announced so half of Libreville was closed and it wasn’t going to be easy to find specialist sailing kit in the half that was open. I headed to the Mbolo Supermarket as soon as it opened, but all they had were GPS Loggers (much like the one I have strapped to my arm right now). I rang Marc to see if he was having any joy – no. The Gabon Meca (where the guys at Mbolo had told me to go) was a damp squib and Michele Marina was closed until next Monday.

I headed to Port Mole. The Nigerian guys who work at the port are awesome – amazingly friendly, they fall over themselves to help out a fellow Anglophone in need. Two guys deserve special mention – Richard, a crewmember on a Nigerian cargo boat, who took me to Michele Marina the week before last to try and find me a motor boat over to Sao Tome and helped translate things with the shipping agents for the Andrea. The other guy is Steve, the owner of the fishmongers right next to the port gate. He’s been remarkable friendly since I first appeared on the ‘scene’ back on Sunday 16 August.

Today he surpassed himself. He asked what I was up to, I said I was looking for a GPS. Without a seconds hesitation, he left his shop, jumped in his car and opened the passenger door for me. C’mon, let’s go.

I told him about Gabon Meca and Michele Marina. He took me to various shops including a Yamaha shop that sold boat engines, but it was no deal. Marc was nearby, so we met up. He had also had no luck.

I have never felt so much like I was living a LucasArts adventure game. Guybrush Threepwood getting his crew together to go to Monkey Island. All I need is a rubber chicken with a pulley in it – and a GPS.

Steve had just one more idea for a shop that might sell GPS devices. The place he took me to was so hard to find even when we were inside I wasn’t sure we were there. No sign outside, no indication that it was chock full of sailing kit, fishing kits and…

We had done it. Marc met us there – happy days. Steve took me back to the dock, I thanked him thanked him thanked him profusely. What a legend – he just went back to work, job well done. Honestly, the generosity of some of the people I have met on the road is staggering. I took out a wad of cash from the cash machine at the Mbolo supermarket and headed over to the Sao Tome Embassy to meet Marc. He would get his Visa at 11:30 tomorrow.

My last night at Chez Tatayo was tremendously pleasant apart from the fact that some of the girls were having a spat over something or other (it’s sometimes nice not to be able to understand a word people are saying!). Alex’s ‘American’ film crew turned out to be British (one up for Blighty) and they treated Tatayo, Mobengo and I to a bite to eat at the Sun Set Beach hotel next door. The director was an American, as was The ex-New-York-gang-member-turned-Doctor (whom I enjoyed calling The Doctor) who was on hand to talk about the medicinal benefits of Bwiti and Iboga.

A good end to a good day. I am rubber, you are glue.