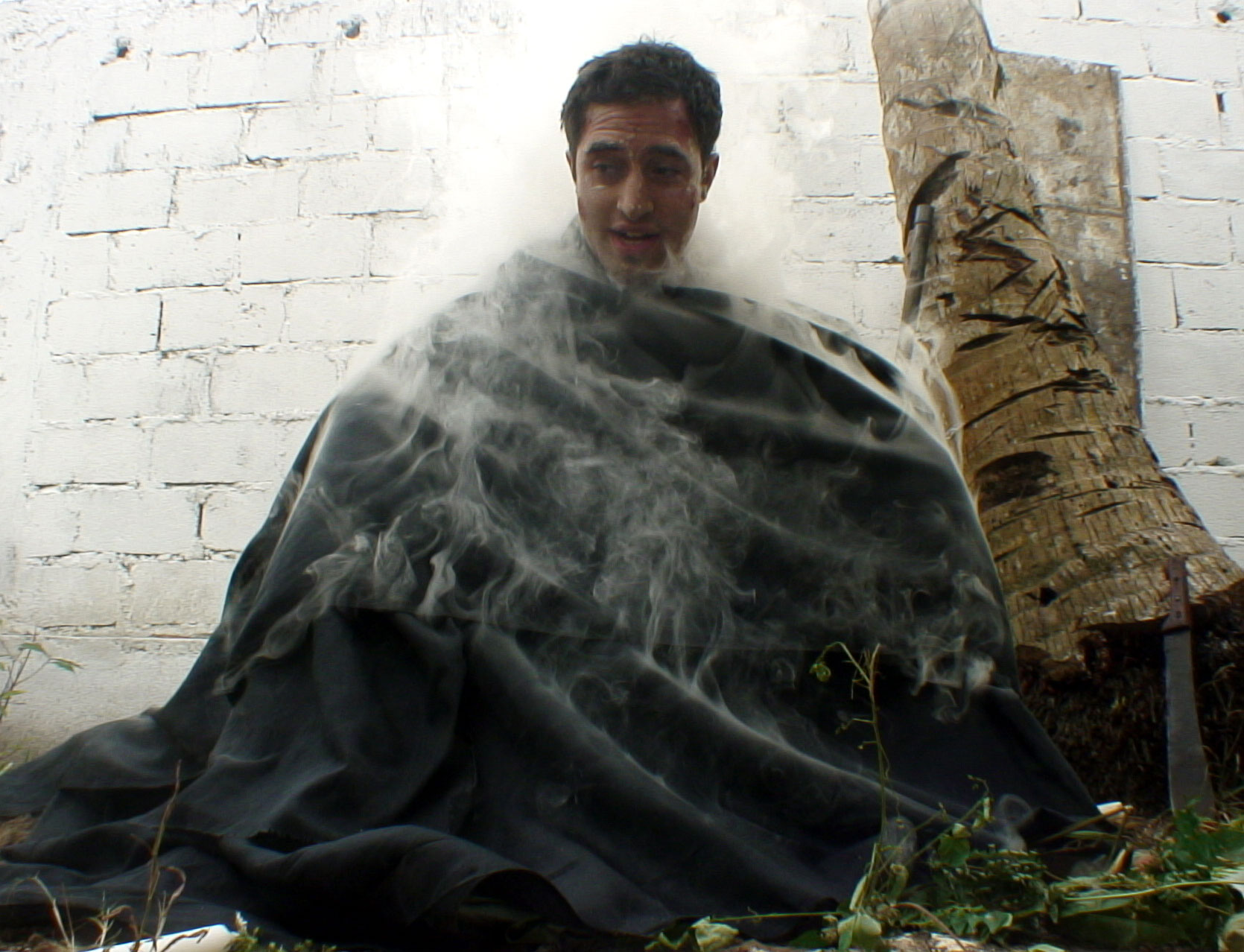 Monday began like most days here in Libreville – although now I have Jean-from-the-Andrea’s phone number I don’t need to pack up all my things and head down to the port to be told what I suspected from the start. Yeah, now he’s saying Thursday. The boat will be leaving Thursday. What could I do?

Highlight of today was setting Justin on fire. As part of the cleansing ritual he must undergo before his big initiation on Friday, he had to dig a hole, light a fire, throw a load of nice smelling leaves on it, sit over the damn thing wearing a large black cape and, well, roast for half an hour. With smoke emanating from his black cloak, it was seriously the best impression of Satan I’ve ever seen. If I could have just affixed little plastic horns to his head, it would have been wicked.

Afterwards, I thought it best to text Marc again. Most of his reasons for saying no were to do with time constraints – he’s off work until the 15 September, he would quite like to do the sail, he was thinking of doing it next February with one of his mates anyway – this would make a good little recce. I told him about the Andrea and he texted back suggesting we meet up tonight to talk about it some more.

Not one to stand on ceremony, I headed off to the French Cultural Centre, just next to the big Mbolo supermarket. Alex’s crew were arriving for the television show he was making, I wanted to go with him to meet them at the airport, but this took precedent. With Marc we picked up his wife Arlette and we headed out to grab some dinner.

The results of the election have not been announced, but already all three front-runners are claiming victory. Consequently, nearly all the restaurants in town were shut down lest there be trouble. We ended up buying pizza from a roadside shack and eating it in the beachside bar next door to Club Tropicana – I kept my head down since the last time I was here I was making a scene about my clothes being irritatingly wetted prior to my supposed departure on board The Andrea.

I think I’m talked Marc around. He says if I can find him a GPS and he can get a visa, he’ll take me.

I don’t want to count my chickens, but that night I did a little dance.

Back at the ranch, Justin and I prepared for the arrival of the American film crew by daubing charcoal on my face and body and sorting me out with a whip and a large net. The plan was that when they arrived Justin (already whited-up and wearing a bird’s nest on his head prior to his Bwiti initiation) would run over to the bus, say that he was being kept prisoner, plead for them to save him only for me to scream “NUMBER 43 – BACK IN YOUR CAGE!!” and chase him about a bit.

It would have been hilarious. Only Alex got the dates wrong – the crew arrives tomorrow. Justin and I ended up just looking like the pair of chimps that we no doubt are.