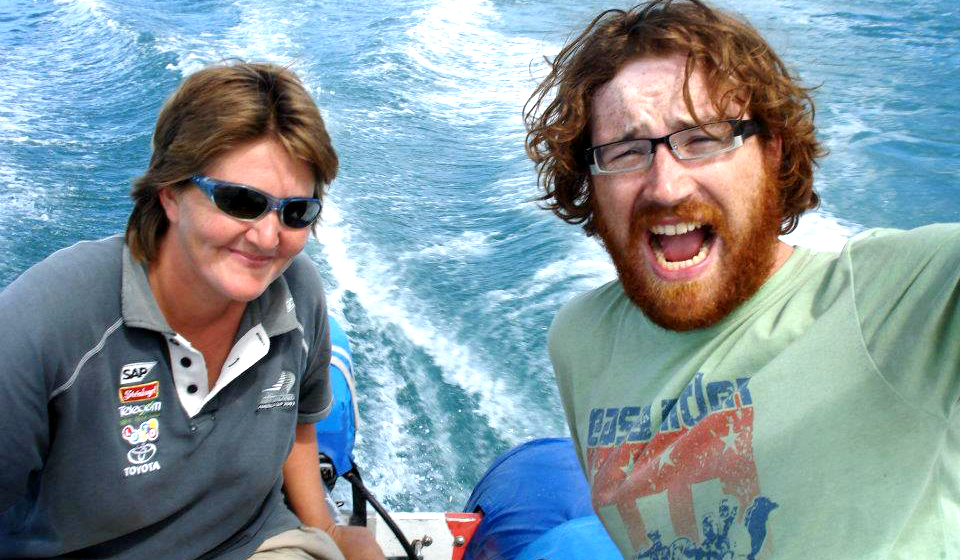 Kerri is a Kiwi and Andrew is British, but lived in South Africa for many years. We had spent the night sailing, eating Pringles and chewing the fat – politics, religion, and why the Caribbean has no damn ferry services…

I was going to take watch for a few hours, but they let me sleep. We reached St. Martin in the morning.

St Martin’s a funny place – a tiny island split horizontally between two countries; France and the Netherlands. It has two dialling codes, two currencies (Euro and US Dollar), different mobile networks depending which ‘side’ of the island you’re on.

Put bluntly, St. Martin (or Sint Maartin if you’re Dutch) is a wonderfully silly. Plus, it’s not a nation, so I have no intention of spending more than a few hours here.

My new friends on Antigua helped me out with some contacts and Dino got in touch with a company that runs charter boats up to the British Virgin Islands. They had a boat I could hitch onboard and it was leaving today at 4.30pm.

So I dragged poor Kerri (sorry Kerri) all the way to the other side of the island only to discover when we got there that the boat wasn’t leaving until tomorrow at 4.30pm.

Something had gotten lost in translation.

By then it was too late to find an alternative, so I had to bite the bullet. It’s a guaranteed jaunt off this island, and after Antigua, I’m not looking that particular gift horse in the mouth.

Kerri and Andrew agreed to let me kip on their boat and for the first time in god-knows-how-long, I can relax and write up my blog and edit my vlog safe in the knowledge that my onward passage is sorted.

So now I’m sitting out on deck. It’s dark but the moon is bright above. Kerri and Andrew are watching House on their laptop down below. It sounds like the episode where Foreman messes up and the woman dies. The wind is picking up.