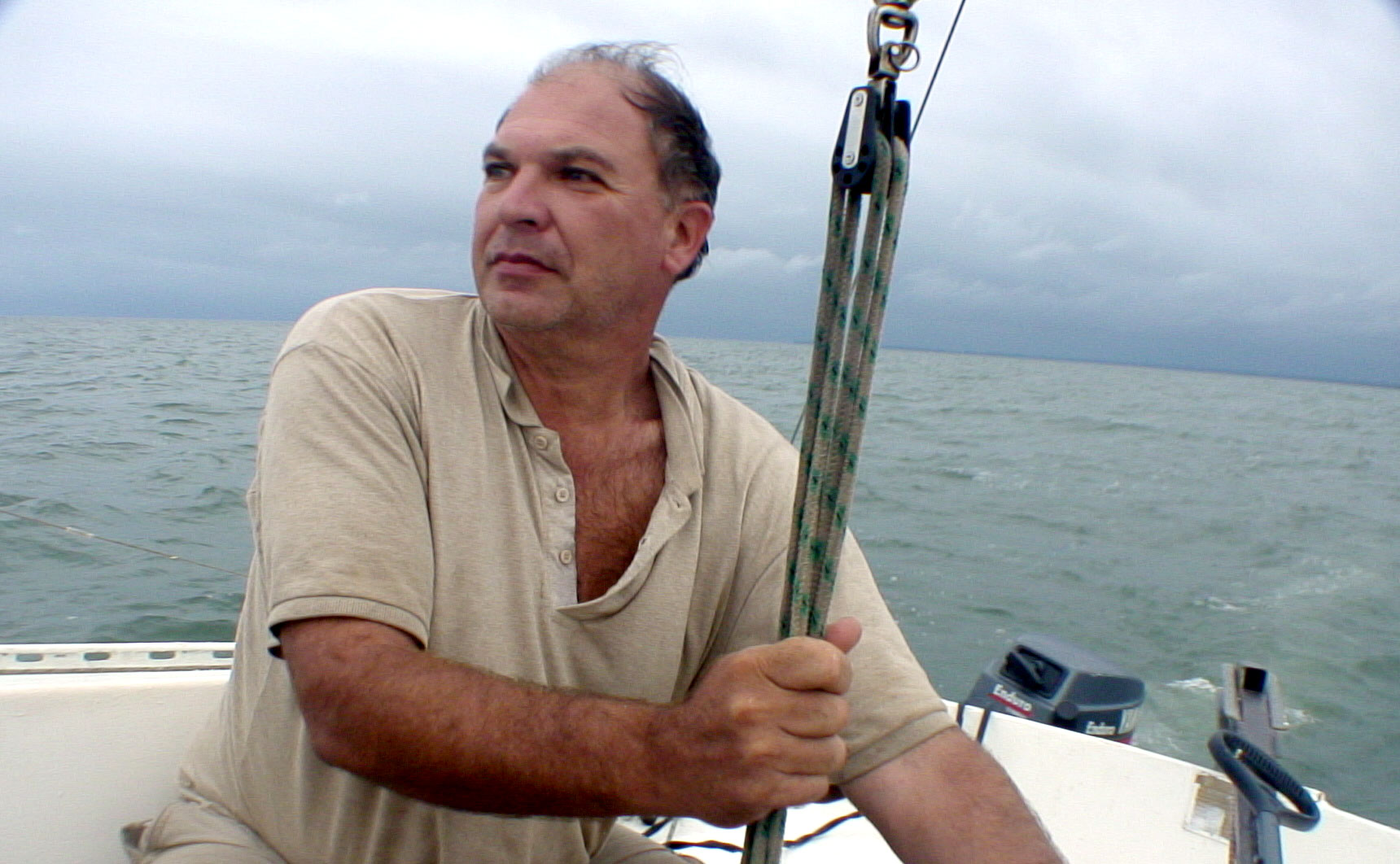 We had a couple of things to do – first up, get some damn maps (sorry, Hugh – charts) of Sao Tome downloaded so we knew where the bally thing is. This was not a success. The GPS that I had purchased had a serial, not a USB link. Marc and I had to search high and low for a reasonably-priced converter (I was quoted €75 in one place!) and in the end the damn thing didn’t work anyway. So I downloaded maps (sorry, charts) from Wikipedia, Google Maps (sorry, charts) and the Lonely Planet site, but they were all about as much use as a sexy nun. Hell with it – we had the co-ordinates, that’s all we needed.

A final trip to the Mbolo supermarket for supplies (loads of water, fish, biscuits and bread) and we were good to go go go.

We set off on the Reol at 2pm and spent the day under sail. Marc caught a HUGE fish, too much for us to eat in one sitting. Unfortunately, we didn’t have a stove on board, so we had to pull a Gollum and eat the bugger raw. Marinate the guy in vinegar for half and hour and strangely enough – not bad.

However, the confluence of raw fish, a can of beer and attempting to sleep below deck took its usual toll on your land-lubbin’ Odysseus here. Yes I hurled a Technicolor Yawn seawards before curling up on deck with the breeze in my hair and the knowledge that if I just avoid going below decks for the duration of the journey, everything would be groovier than Soul-Glo.

Day 25: Pirates of the Caribbean