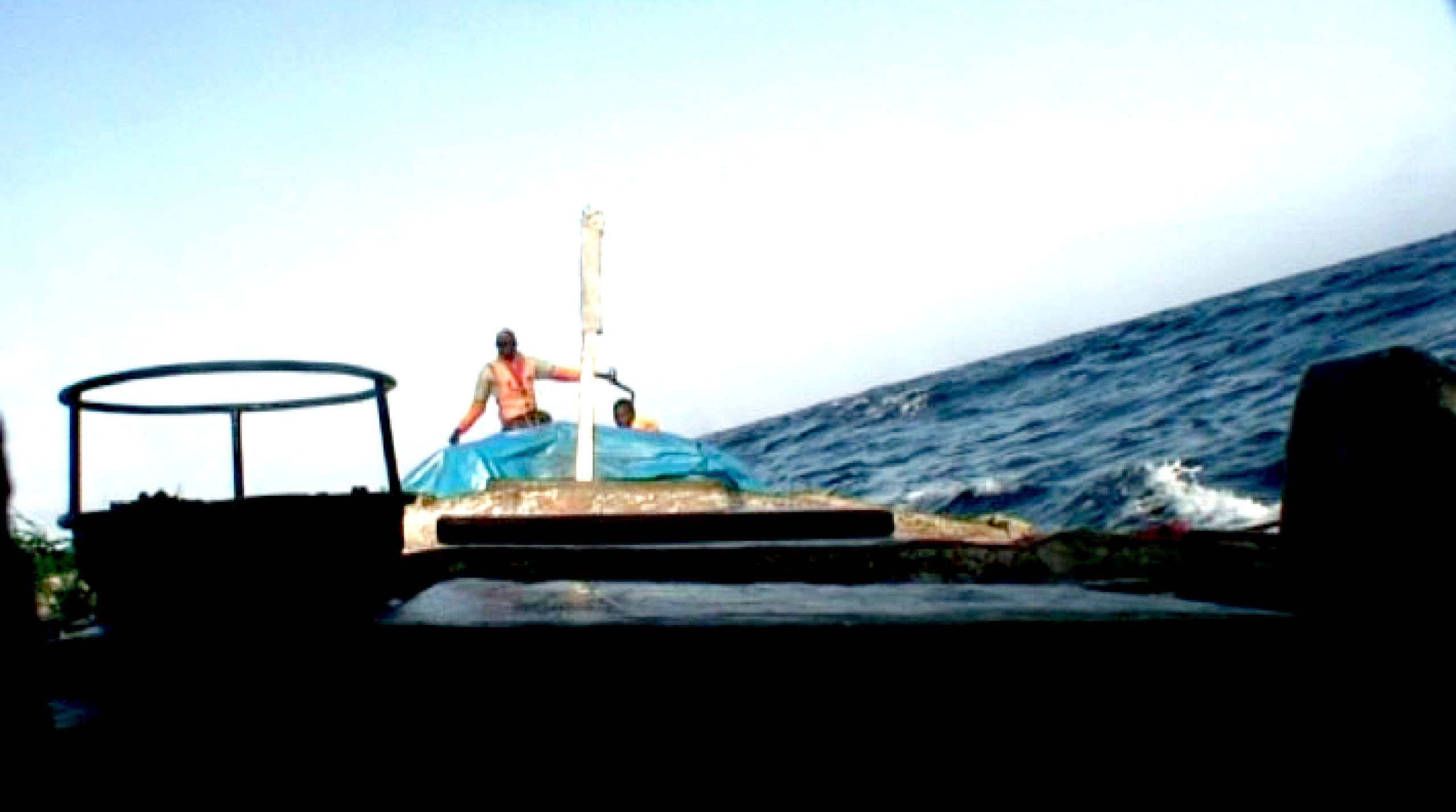 As I kid, I was always HACKED off that the BBC in their infinite wisdom altered the name of the Teenage Mutant Ninja Turtles to the Teenage Mutant Hero Turtles (nothing new there, they re-branded Top Cat as Boss Cat, which meant it MADE NO SENSE AT ALL – especially as Benny called him ‘TC’ all the time) as if the word ‘Ninja’ would provoke us young impressionables to dress up in black and prance around the rooftops of Japan in the middle ages, silently assassinating any of those damn Samurai pigdogs who got in our way.

Anyway, the highlight of today was seeing a small bale of real-life giant turtles swimming by. We circled round to get a better look, and then I was gripped by a reasonable terror that the fishermen would, for the entertainment and delight of their charterer here, pick one up out of the sea and cook him up for din-dins. Now if I’m hungry, I would quite happily devour a bald eagle set on a relish of baby pandas, but you see, me and turtles have an affinity. How on earth could I, in good faith, devour Leonardo, Donatello (I was always Donatello) or Raphael. Okay, so Michelangelo was always a bit annoying, but there’s no way I could eat him…it would be like stealing Garfield’s lasagne, kicking a Hobbit or hunting Fantastic Mr Fox.

And, do you know what Mr. BBC? Even if they had been called Ninjas, I still wouldn’t have eaten them. Okay? In fact, it would have put me off – calling them Ninjas makes it sound like they’d put up more of a fight.

Anyway, I put the fisherman off the idea of plucking one out of the sea and we pressed on towards Cape Verde. The sea picked up a bit and those buckets of water became so ubiquitous that I was forced under the tent. Squished in with all the fishermen, I didn’t get much sleep, but in just a few hours we would reach our destination.