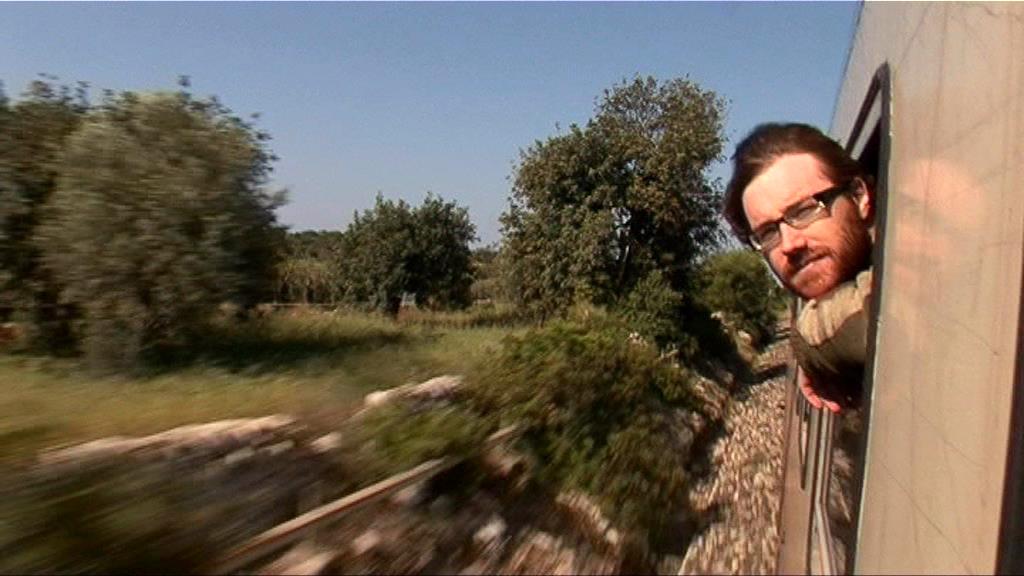 Our ferry got us into Pozzallo, which is not the same place we left from (Catania), so we raced to the train station and hopped on the OLDEST TRAIN IN THE WORLD up to Catania. One of those trains where you can OPEN THE BLOODY WINDOW and STICK YOUR HEAD OUT!! Health and Safety be DAMNED I say, be DAMNED. The conductor was bo-diddly crazy, and everyone on board didn’t seem to be heading anywhere – they were just there for ‘the craic’.

I can’t express to you, the joy of windows that OPEN – in buildings, in trains, on buses – give me AIR! Not phoney, dry through-the-(might-not-be-working)-AC air, real immediate O2 – air that you do not have to ask someone else for, air that can’t break down on the hottest day of the year – fresh, flowing, cool democratic air. Happiness is an open window.

We got back to Catania and before long we were on a bus to Palermo. Now, my new masters at National Geographic need to know that I haven’t got the plague so they can get medical insurance on the production should I flake out in Africa and they’re left with half a production called EPIC FAIL! So I needed to see a quack and have a check up (cold spoon test, etc.). Laura and I traipsed around Palermo in the blazing heat for three hours – two medical clinics, three hospitals – they all sad no, bugger off you ginger git. If I wasn’t ill at the start of this little detour, I was by the end of it (that’s a joke, by the way; I’m never ill – even when I’m ill).

Darn it. Naught else to do but to grab a bite to eat and hop the bus to Tranpani where our ferry to TUNISIA leaves in the morning. Our first taste (a nibble no less!) of Africa!!

I know I’ve still got San Marino, Monaco, Andorra, Spain and Portugal to go in Europe, but I’ll be back next week to do them – there is no way overland from Tunisia to Morocco.

Oh, and I’ll be going to Cyprus once I’ve finished Africa – it’s all in hand, DON’T WORRY!