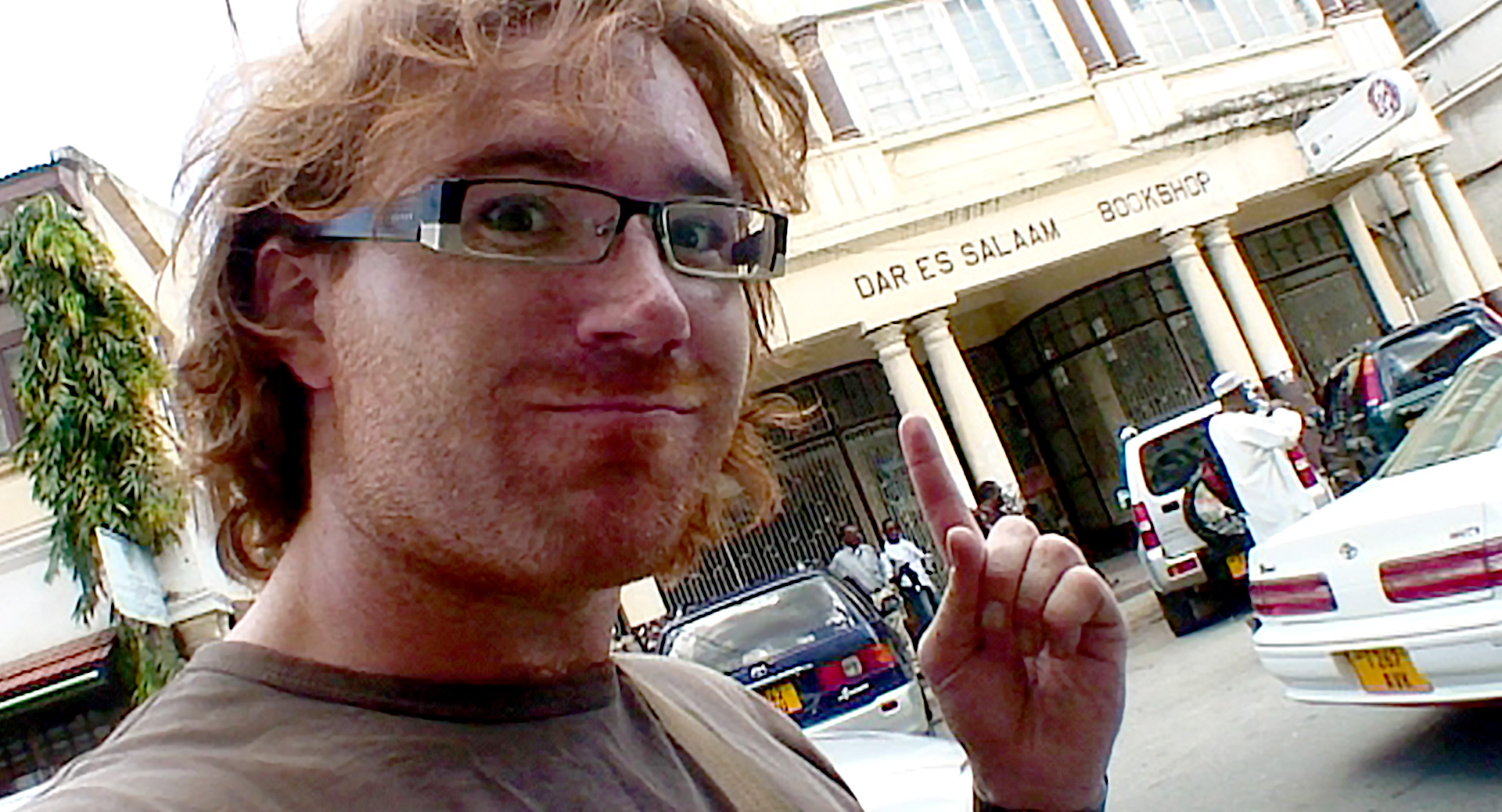 Had a bunch of stuff to get done today, but as usual, I neglected my duties and proceeded to faff about instead. That’s a little unfair, I did make it back to the port with my money for the ticket, and I also got a shave (much needed, I can tell you) and spent AGES in a bookshop looking for something that I haven’t read but would quite like to. In the end I plumbed for “The Wizard of the Nile”. Imagine my disappointment when I found out it wasn’t a Dungeons N’ Dragons style Choose-Your-Own-Adventure book, but a hard-hitting account of the life and times of Joseph Kony, that fruitloop who’s been waging war in Northern Uganda for the best part of two decades.

After lunch (more curry!), I headed back to Dylan’s place and I tried to get on with my work, but instead spent far, far too long video-chatting to my girlfriend on my marvellously new and installed copy of Skype. After Dylan got back from a bit of afterschool Kite-Surfing (in THAT water? He must be barking), we proceeded to head out on a mission, which culminated in us gate-crashing his friend’s digs for a few civilised drinks. I say civilised, because the whole evening got a lot less civilised soon after. Dylan and his mate dragged me (not exactly kicking and screaming) to a casino, and we whiled away a couple of hours playing Blackjack with half the Chinese population of East Africa. Jealous that I wasn’t getting any free drinks, I decided to throw a few quid in the bin BECAUSE THE HOUSE ALWAYS WINS. I just tried to make sure that my free drink quota was roughly comparable to how much money I lost.

Afterwards, Dylan and I headed out to a nightclub and I decided that I simply wasn’t drunk enough. I managed to rectify the situation fairly quickly and the Beer Vortex wrapped me up in its amber glow as I danced like a dancing sifaka until I could dance no more.