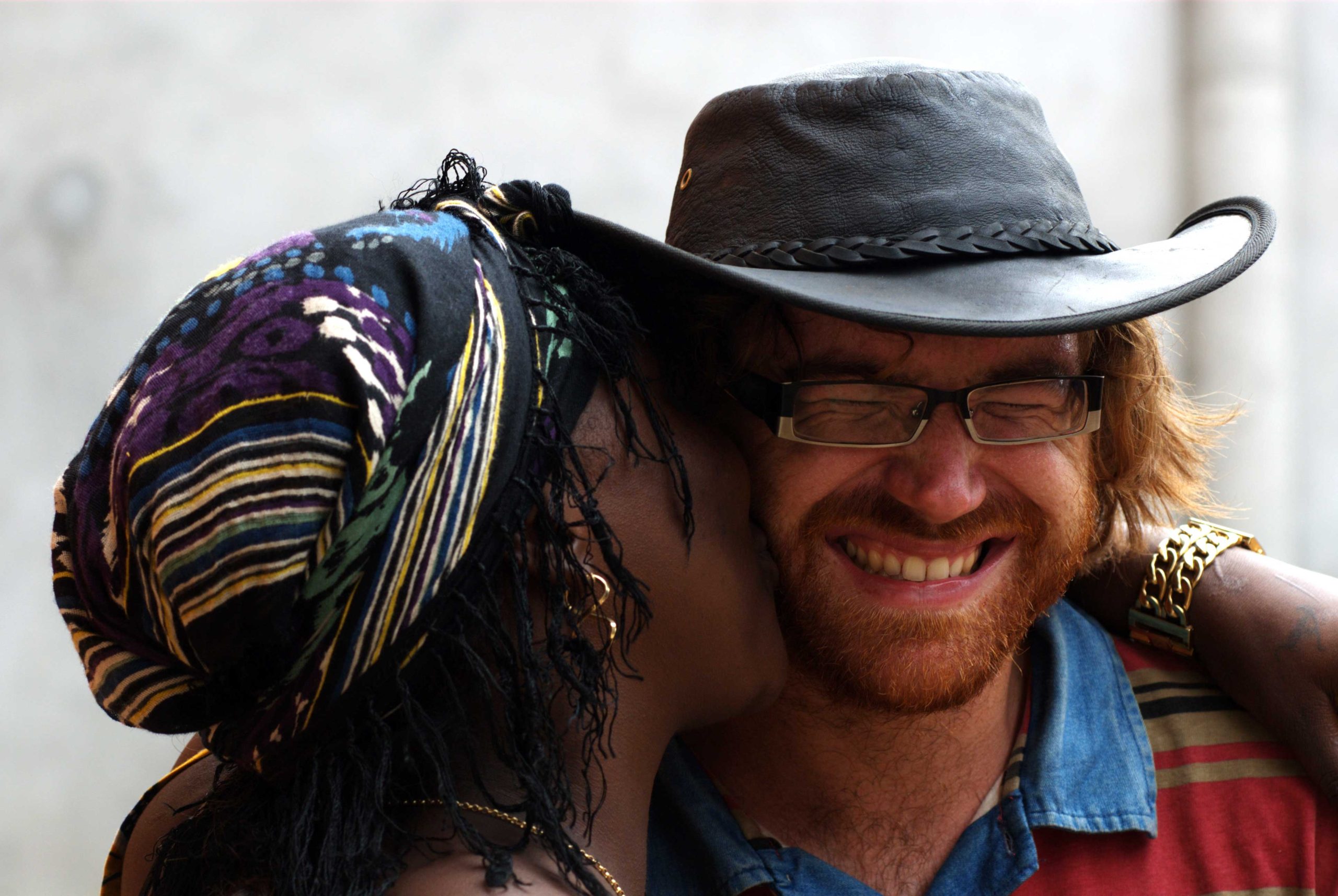 Last night we made friends with a girl called Vivian who said she would help us do the old border hop into Equatorial Guinea (the border wasn’t closed, the lying tykes). And true to her word, this morning we bribed the guards and got in as far as the local supermarket were we bought a big bottle of Spanish Whiskey to celebrate.

Equatorial Guinea was one of Spain’s two African colonies, hence the Spanish connection.

When we got back, Vivian’s little brother, Kamikaze (I’m guessing that’s his nickname) entertained us with a bit of his comedy routine, which involved him pretending to have a mental illness. Hmm… could do with a bit of work if he’s going to run with that one in the West, but then again Mr. Bean is improbably popular in France and Germany, so who knows?

So after a fun morning we headed to the frontier with Gabon. I managed a successful crossover of my passports, giving Passport #2 to Rocco to take back to Oz (I don’t trust the African postal service as far as I can spit!).

We (amazingly) had the minibus from the border to Libreville, the capital of Gabon, pretty much to ourselves. It was wonderful. We arrived fairly late and checked into a horrible little overpriced hovel called Somotel. We scouted out a local night club (another joint where the music is set to DISTORTION BLAST – it’s the rule in Africa) before coming to the conclusion that Libreville is a little dull and returning to our hovel.