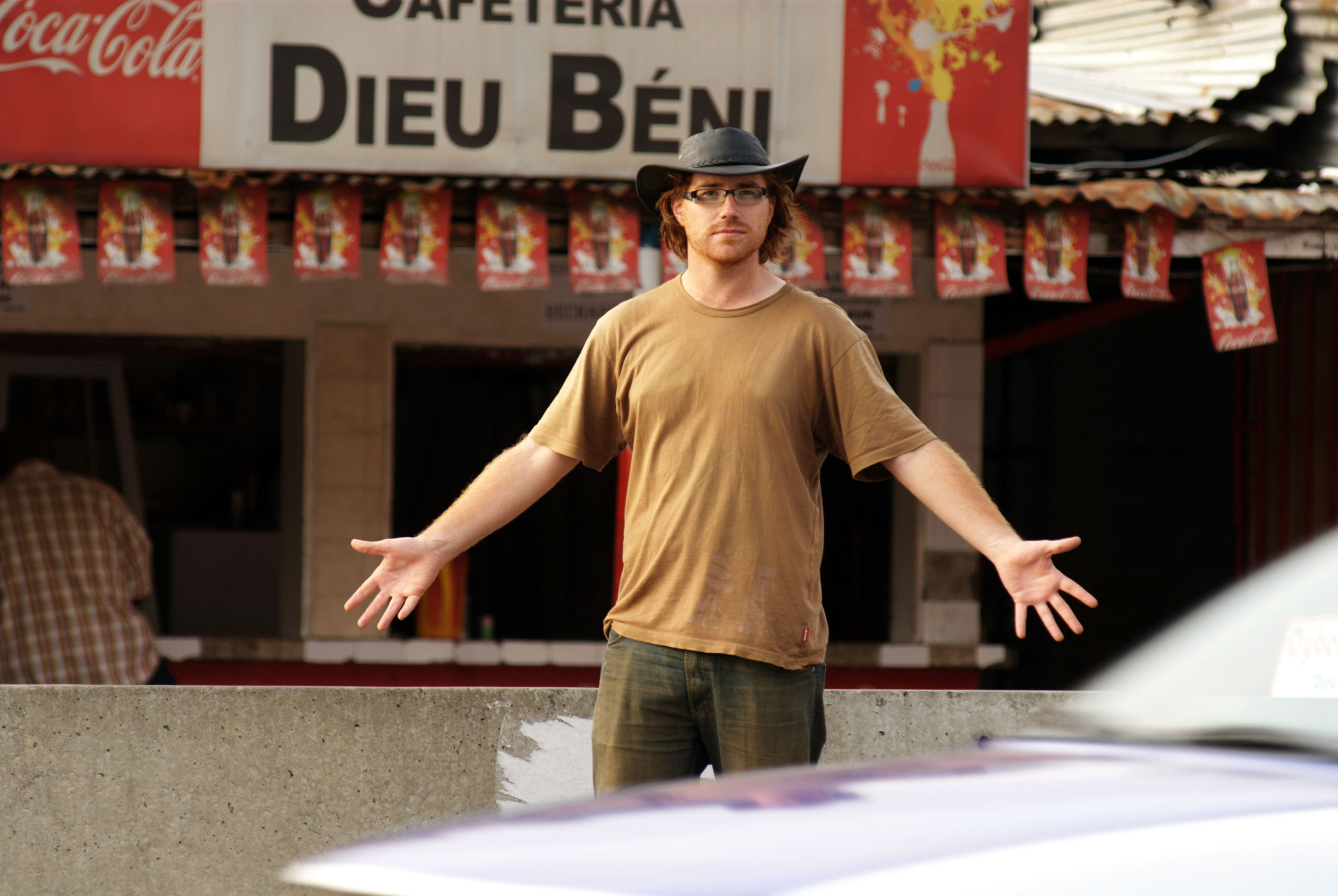 A week in one blog entry? Lazy I know, but whatchagonnado? Quick rundown of the last week: no boats leaving for the island nation of Sao Tome, so I just have to wait here in Libreville. Libreville is dull. Dull, dull dull. I’ve spoken to yachties, cargo boat owners and (even!) fishermen, but nothing is going before the “Andrea” on Thursday 27th. STUCK HERE TIL THEN!

Rocco left on Friday but before then we met with Yaz’s friend Estelle who was lovely and had been living in Liverpool for the past few years so we chatted about John Moores, Smithdown Road and my old haunts. This weekend I met with a girl from CouchSurfing but I couldn’t stay the night and was left wandering about downtown Libreville at 10pm because all the hotels were full. Wasn’t too happy about that, but found a place down by the airport which is on the beach, is just one euro more than the place Rocco and I had been staying and, hell, it’s on the beach. Happy days.

Day 160: Getting The Hell Out Of Here