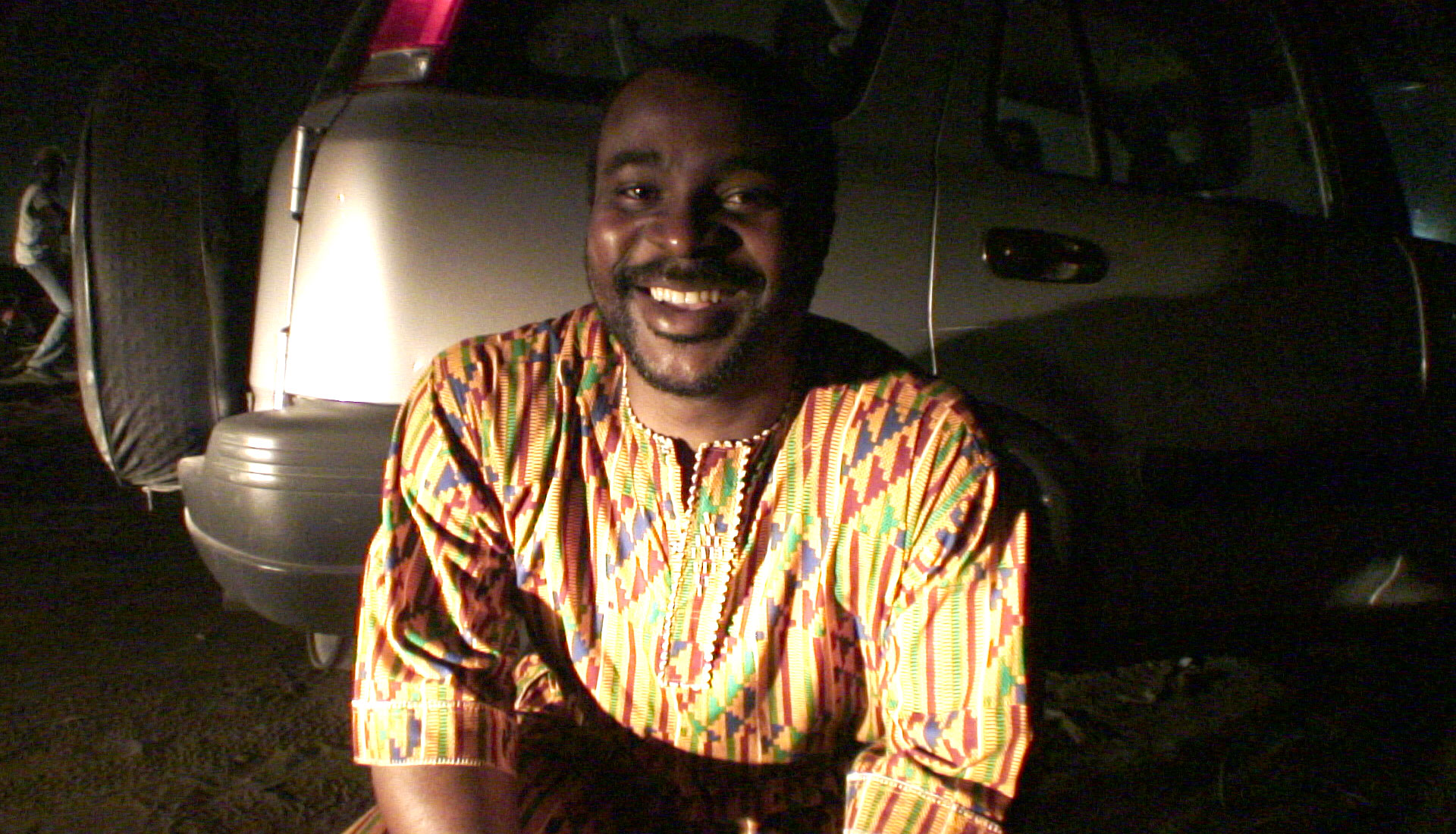 After getting to the hotel, I had worked for an hour or so on getting a video speech for my mate Michelle’s wedding uploaded onto YouTube, so it was light before I got to sleep. Two hours later, I was back awake with things to see and people to do. Although after last night’s (morning’s?) shenanigans, I was slightly more than reluctant to get out of bed, but there was no time to rest on my laurels.

I got the wedding vid uploaded and sorted out a few bits and bobs online before unpacking my bag, repacking it and handing it over to Rocco. He would not be accompanying me to the next country, Nigeria, as (obviously) IT’S TOO GODDAMN DANGEROUS. But luckily for you lot, I’m as expendable as the crew of the Nostromo, so happy days off, I jolly well pop. Rocco would be flying over to Cameroon and meeting me there.

If I was going to get mugged, kidnapped, smashed up in a car accident whatever, I didn’t want to be losing my little lappy and my undies along the way, so I only took my camera, my passport and my toothbrush with me – the rest of my gear, I gave to Rocco.

So with just one little bag and two huge balls of steel, I stepped into the breach. Well, after two motorbike taxis took me the wrong way first, of course. La Gare Routiere pour le bus pour Nigeria was just way, way beyond their comprehension. Anyway, I had the pleasure of a shared taxi to the border where I was a bit worried about the fact that my visa had expired last week, but if the guy on the border noticed, he didn’t let on and before I knew it, I was in Nigeria, country 103.

I had massively changed my route across Nigeria because of the riots last week in Maiduguri over the introduction of Sharia Law, which had killed hundreds of people. Instead of taking my originally planned northern route, I’m taking the southern route into Cameroon – one that skirts perilously close to The Niger Delta – the dodgiest bit of one of the dodgiest countries on Earth. But in a choice between being kidnapped by Muslim fundamentalists or angry fishermen, I’d plum for the fishermen every time.

The bush taxi from the border to Lagos was driven by John the taxi driver – who seemed convinced that he was driving Miss Daisy. I liked him because he said that Nigeria was better when the British were here. Oh pipe down – he’s right…it was – the kleptomaniac leaders of this place have stolen, according to the estimation of their own corruption, commission, – get this – $352,000,000,000 since the late sixties. Three Hundred and Fifty Two Billion Dollars. More than 4 times the aid given by The West to the whole of Africa over the same period. Nicked. So el Presidente could buy a house in the Azores, a massive yacht and send his kids to Harrow. Meanwhile, most people here live on less than a dollar a day.

The only good thing is that leaders of Nigeria historically haven’t lasted very long; there’s a kind of Golden Bough situation in which you have to kill the incumbent to become president, so once you are president, you’re constantly looking over your shoulder until the day that Johnny Come Lately decides he quite fancies running the largest country in Africa (into the ground).

I also disliked John the Taxi Driver because he almost killed me several times. He did this by driving really slowly and by not bothering to look in his mirror before pulling out. To be fair, he couldn’t see out of his back window, but then he had inexplicably covered it in (patently non-see-through) cardboard. Now Nigerian drivers are MANIACS, but John wasn’t, so every time he changed lanes (which was often), he would invariably cut up a boy-racer thundering along at one hundred and stupid miles per hour. The journey to Lagos was supposed to take 90 minutes. It took over four hours.

But there were mitigating factors. The road was bloody awful and the traffic was horrendous. But hey, I got to Lagos in one piece so I’m not going to complain. Better Late than The Late, as a helpful roadsign in Ghana said the other day.

In Lagos, I met up with Tony, my CouchSurfing host for the evening. Tony is from Ghana himself and is one of the toppest blokes I’ve ever met. From what I can gather, Ghanans are one of the most chilled out bunch in this region – the pitch opposite of your average Nigerian.

We searched for a while for a place to grab a beer and some food because it was after 9pm and everywhere was closed. Now, you may find it surprising that in the biggest city of the biggest country in Africa, most of the places shut up shop so early, but there’s a nice simple reason why – there is never any electricity.

Oh yes – did I fail to mention that as well as being a bunch of thieving scumbags, the political elite here are so inept that they cannot even organise their country to enjoy the same sort of reliable electrical power grid enjoyed by Britain for the past one hundred years? Yup. The gigalitres of oil that they drill every year cannot seemingly pay for any power stations or electrical infrastructure, so everyone has to make do with their own generators. So no late night bars, no night clubs – speakers, lights and refrigerators use a muck load of power, which the state electrical company NEPA (No Electrical Power Again) consistently fails to provide.

So Lagos at night is about as fun as slamming your fingers in the door and the lack of street lighting make it a muggers paradise. And we were on Victoria Island, the poshest bit of the city – complete with fancy hotels and sky scratchers and everything. But no power, no, that would be silly.

Tony’s gaff was great – up a spiral staircase, furnished with good taste and a nice big flat n’ widescreen television. Which made a nice ornament as most of the time, there is no bloomin’ power to watch the damn thing. I settled down on the coach and got some much needed shuteye. I’d be up early again tomorrow morning.

Day 1,290: Odysseus Amongst The Sirens