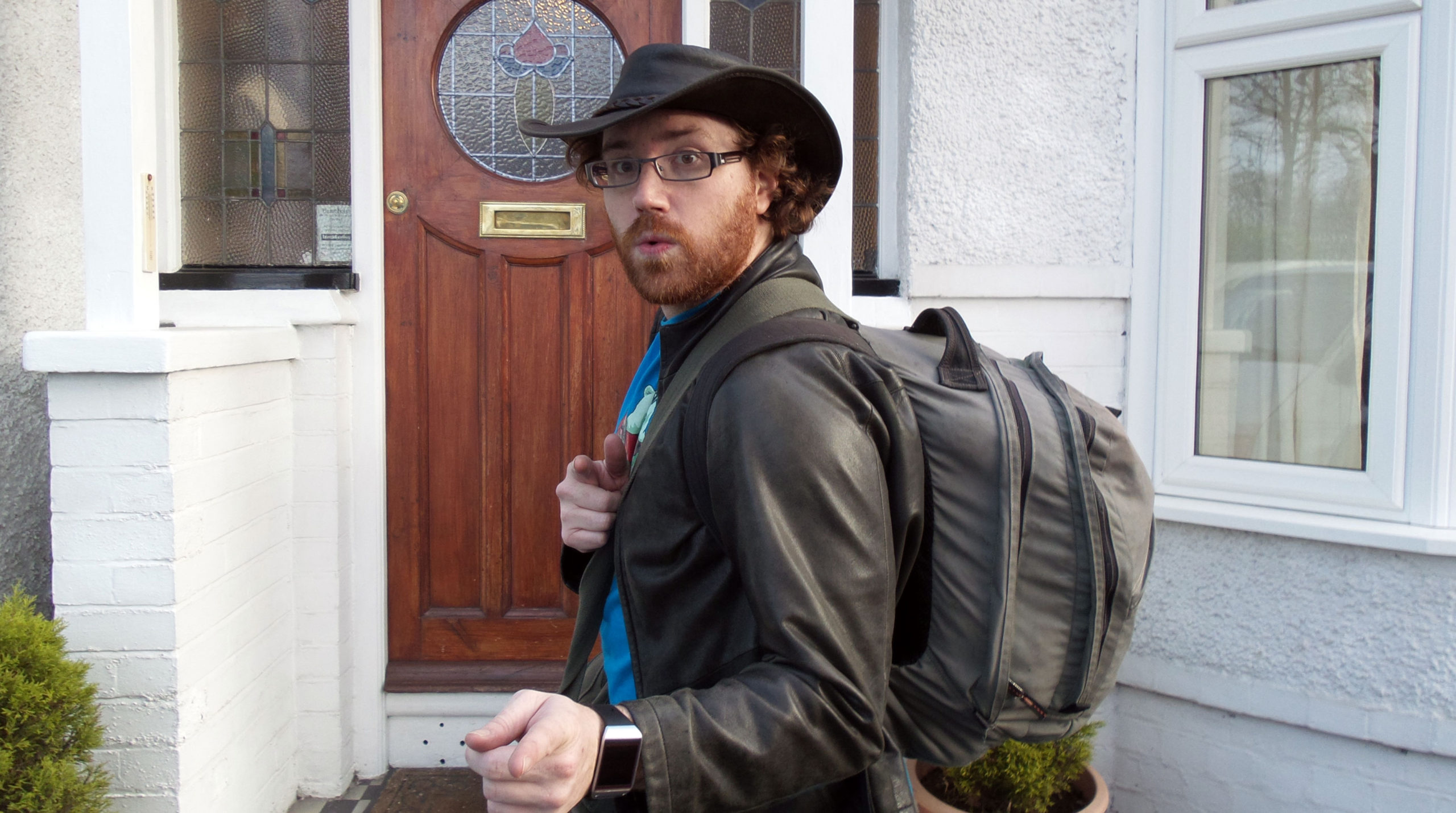 Today should have been a breeze – well timed connections marked my passage through Poland. My coach arrived half an hour early, so it wasn’t even a rush to the station for the first train to Bratislava. I hopped on board – oh wow! It was one of those old fashioned ‘The-Lady-Vanishes’-type trains where you sit in sealed off compartments facing three strangers. Yey!

Only I had two strangers, Iva and Monica, and they were the best kind of stranger – ie. Bubbly, lively ones with nice eyes who laugh at my jokes. Iva was from Croatia, but living in Vienna and Monica was from Poland. So I sat with my captive audience and entertained each other as we passed effortlessly through the Czech Republic on the way to Slovakia. I had just finished reading ‘White Tiger’, the winner of last years Man Booker prize (damn those judges have a bone for Indian novelists) – and I have to say, a damning and accurate portrayal of modern India – you know, that place where 500,000,000 people have to use the streets for a toilet and the horrifically corrupt government, instead of building sewers, spends money on nuclear weapons it can never use.

DON’T GET ME STARTED.

Anyway, a good book, given to me by Toby, the Aussie Chef I met in Halifax and now in the safe hands of the delightful Monica.

Incidentally, I remember when the Czech Republic and Slovakia were one country. BUT THERE ARE PEOPLE BEING SERVED IN BARS NOW WHO WERE NOT EVEN BORN THEN.

Once I arrived in Bratislava, the capital of Slovakia (whoops! sorry Tery!), I bid my fond farewells to the lovely Iva (Monica got off a little earlier) I then had a few hours to sit, have a coffee and read up where I go next. Which turned out to be Budapest, the capital of Hungary.

Wow – I’m tearing through Europe like a man possessed.

So on to the 14:33 to Pest and Buda (they are two separate towns, like Manchester and Salford). I threw my bag into the luggage rack in my second class compartment and then bribed the guard a couple of Euro to let me sit in first class so I could make use of the electrical socket and charge my laptop/camera/mobile phone.

Very soon we started pulling into Budapest station – I tried to get back into second class, but my way was barred by the restaurant car which was now closed. No biggie – I waited until we stopped, got off the train and then back on again on the far side of the restaurant car.

Frantic, I searched up and down the coaches – nothing, nada, zip. It had GONE.

Oh **** – my spare GLASSES. They cost a fortu… Oh holy mother of monkey – THE ODYSSEY TAPES FOR THE LAST THREE WEEKS!!!

Vanished. Into the ether.

To make matters worse, my connecting train to Bucharest left in less than 20 minutes. And the next one was not for two days.

Actually, the word ‘frantic’ is much too mild to describe my mental state.

So far, the Odyssey has been one difficult decision after another – some work out (the two-minute connection) some don’t (Cuba), but this was crunch time – I had only seconds to work out the permutations.

Either way, I would have to stay in Budapest to get it back. And that would mean losing two days.

However, if it did show up – and it’s got a stack of my Odyssey Cards in it so I shouldn’t be too hard to contact – I could always swing back into Budapest on my way from Slovenia to Liechtenstein.

I ran for the train.

I sat down, my face bright red and sweating like a politician on Hampstead Heath at 2 in the morning, in a compartment opposite a Hungarian woman called Delia. I then had an animated discussion with my dad on the phone about ringing the railway station in Budapest and finding somebody who speaks English and sorting this mess out.

The conductor came and wanted to see my reservation – I hadn’t had time to make one. My throat was dry and I was so hungry I would have eaten a cold Pot Noodle. From the bin. I didn’t have enough change to pay for the reservation – I only had a hundred Euro note that the cash machine had unhelpfully spat out at me.

Delia, bless you Delia, sorted me out. She paid the two Euro reservation fee (yes the world is a silly place I know) and then she gave me a carton of juice and some chocolate eggs to eat.

It’s times like this I remind myself how bloody wonderful people really are.

Unless they are being paid to be helpful, and then they tend to be anything but. Go ask a ‘porter’ at a British railway station – you’ll be lucky if he doesn’t spit in your face. Funny old world, innit?

I then took my laptop into the next carriage and fired up the Internet. There was an e-mail for me from a chap called Ors.

Subject: I have your luggage!

No, it wasn’t a ransom demand. This guy had picked up my bag, thinking it had been left on the train by accident, tried to give it to the police, the police refused to take it (the unhelpful idiots) so he had taken it home thinking that I could come meet him and pick it up.

Only I was now a good fifty miles away from Budapest heading into Romania.

I guess I’ll be returning to Budapest this weekend. But not before Moldova, Ukraine, Bulgaria, Greece, Macedonia, Kosovo, Serbia, Montenegro, Albania, Croatia, Bosnia and Slovenia!

Christ, my pants are going to smell.