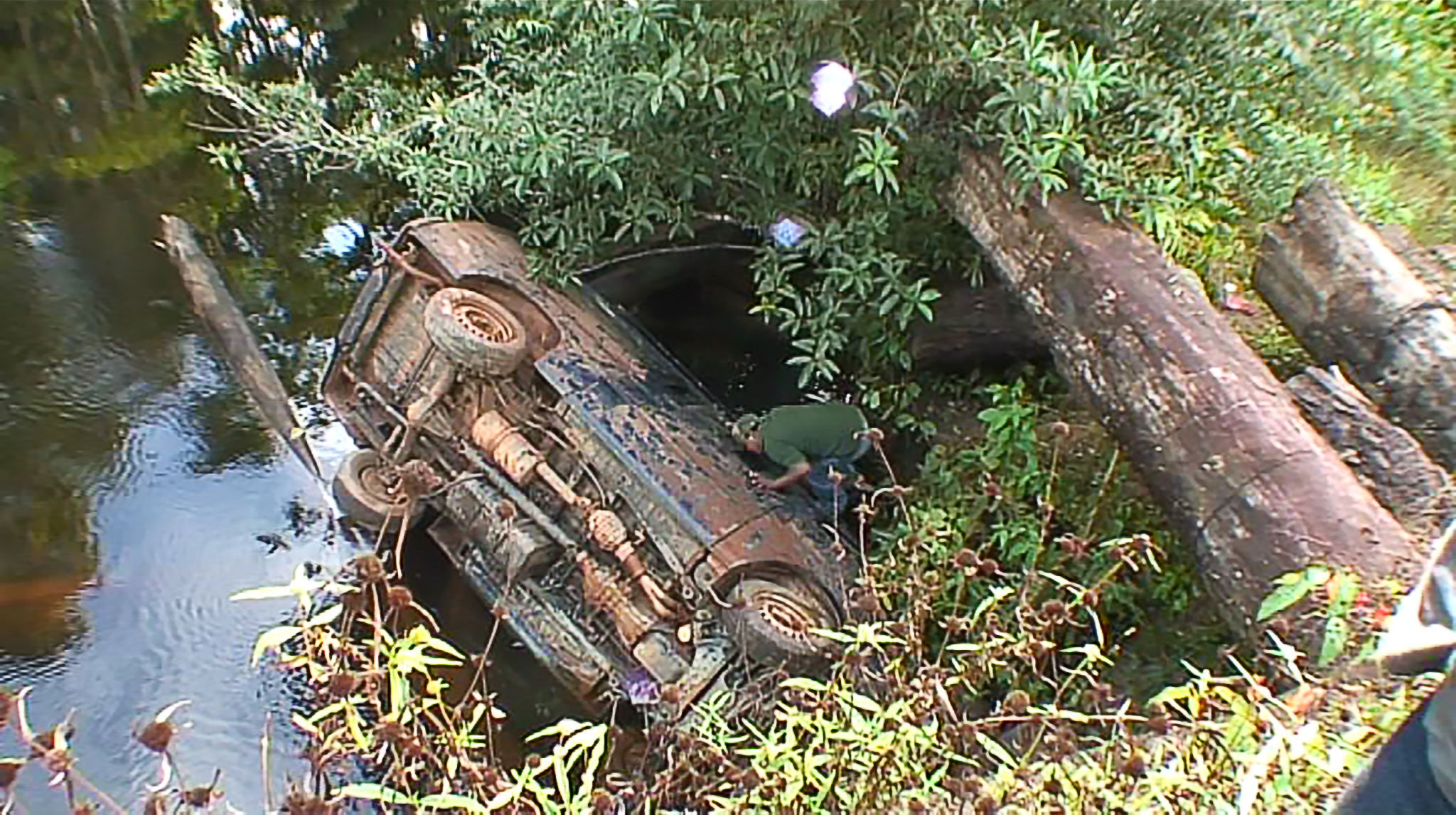 Awoken at 4am, we recommenced our journey through the jungle. Over a river on a chain ferry made of rusty metal and some wooden planks borrowed from The African Queen. Then we pulled over for some breakfast, a pee break, a coffee, another pee break, elevenses, twelveses… I got the feeling I was never going to make it to Georgetown.

Then we pulled over again. Why? The guy driving just says “roll over, roll over” and points to the side of the road. A bus coming the other way had missed the bend and fallen into a river. But what was much more unsettling was the fact that there were five dead bodies inside. They had been there for two days. Suddenly my merry little jaunt around the good ship Planet Earth became something a little more real and a lot more scary. I could die doing this.

But don’t worry, I won’t. The statistics are massively in my favour.

Got into Georgetown around 4pm feeling a little shell-shocked. Didn’t think I was going to make it to Suriname before dark, so thought best to leave it until tomorrow. I checked in to the Rima Guest House and crashed out.