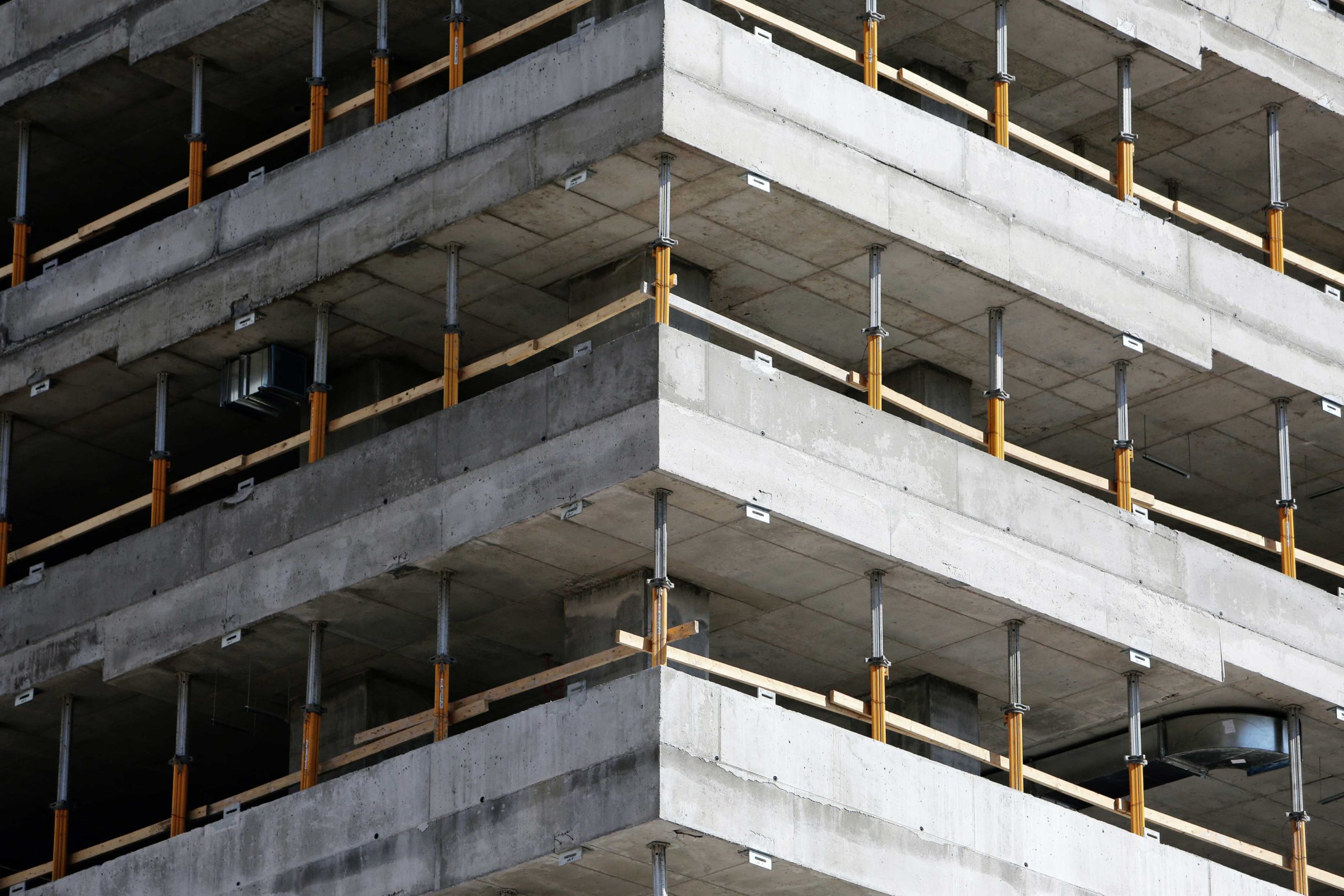 One of the more remarkable things about my journey thus far is that I haven’t had a day off sick. Flu of the Swine, Bird or Man variety don’t seem to have made inroads and I managed to get through the entirety of West Africa with not even a dicky tummy.

In short, I’ve got a rather bad case of what Brett Anderson called ‘the English Disease’ – I seem to belong to a world that’s gone. Not that I want to belong to the past. I’m a history graduate – and I’m under no delusion that the world of yesteryear was anything approaching a rosy place. But then I’m not much fussed by the world that is either; I therefore find myself trapped in-between. Perhaps that’s what stimulates my melancholy, my ‘illness’.

Everything I see that’s been made in the last 50 years is all surface, no feeling. Immense carbuncles built with the express purpose not to last, not to inspire, not to enrich our lives or make us happy. It’s just built to hold people prisoner for a bit and then knock down after 30 years.

I’m really feeling it here in Libreville: an immensely unattractive city filled with visions of concrete grandeur torn straight out of the Bovril-stained copybook of a 1960s town planner.

So I find myself stuck in-between two worlds, the one that is and the one that was; and find myself remarkably uncomfortable in both. I don’t like walking down a road when nobody can give me any idea of where it goes.

How did we get into this position? Why did cost-effectiveness not matter so much to The Egyptians, The Greeks, The Romans, The Architects of the Renaissance, The Georgians, The Victorians, The Edwardians? They had bills to pay, mouths to feed, greedy individuals to placate, the latest gadgets and trinkets to buy; how did they manage it?

Plus don’t we now have JCBs and hydraulic cranes? Don’t we have the technology to carve the capital of a Corinthian Column using a computer and a laser? Are we not the bunch who put a man on the Moon? Aren’t we? Or was that some other Earth?

I’m willing to accept that my view of the past will invariably airbrush out the crap in the way that Hollywood’s Golden Age makes no mention of Son of Kong or any of the other utterly dire and pointless tat that the studio system spewed out in the 30s, 40s and 50s. But still, we were left with Casablanca, Sullivan’s Travels, His Girl Friday, Citizen Kane, The Wizard of Oz, Double Indemnity, North by Northwest and plenty of other cracking films along the way. We took the rough with the smooth. Now (in terms of architecture, fine art and classical music) we take the rough with the quite simply dire.

Our parent’s generation will go down in history as the first to build nothing particularly worthwhile for their grandchildren – apart from the internet, a few good pop songs, TV shows and movies – digital streams of 1s and 0s, nothing physical, nothing that you can stretch out and touch. I would go one further and say they did more harm than good – allowing the ripping out of our city centres, the death of the railways, the purging of grammar schools and being the merry custodians of the long, drawn out death-rattle of all that was once considered fine art.

Why does this bother me so much? A lot of my friends have asked. The simple answer is I don’t know. Maybe it is something to do with my childhood. I grew up in beautiful leafy suburbia – a world (at least in my mind) populated with fountains, pagodas, gazebos, bluebells, magic hares and secret gardens, ivy covered walls, mysterious toadstools, hedge mazes, the fairy falls, lily pads on the lake, sirens on the shore and cut grass dreams of midsummer.

Of course, none of these things exist in West Derby, Liverpool. But there is something in my memes that pines for them – and I don’t think I’m alone. Maybe it’s the English Disease. Maybe it’s something else. The one thing – the only thing – that unites all religions, even atheism, is the idea of a garden as paradise, heaven.

Then, conversely, isn’t concrete and steel a vision of hell? Tolkien certainly thought so, and it’s all I can do to acquiesce to the master’s vision of The Fourth Age. I think he’s right and I don’t want to move on from that – the natural world is the closest I’m ever going to get to heaven, and I’m yet to meet a tree I didn’t like. But can a tree sell you stuff you don’t need? Can a lake persuade you to buy all the optional extras? Can a meadow buy a house, spend a couple of weeks doing it up and then sell it for twice the price?

Sadly not. But I think I like them more for that very reason.

A quirk of geography birthed me in Liverpool – a great city, once was greater, but things move on (I hear things don’t get shipped around the world any more) – did I dream of a time when, after months or even years at sea, my forebears would descend on the Dock Road and demand one simple yet often respoke mantra: ENTERTAIN ME.

Whether it be through music, or a show, a bevy of dancing girls or a potfull of scouse… ENTERTAIN ME. I’m on both sides of this coin – I am a seeker of entertainment and one willing to entertain. From day one it was Graham who would disrupt the lesson with his crappy jokes and running commentary on the teacher’s BO. I commanded legendary house parties in my youth, a Ginger Gatsby reaching out over the Mersey, desperate to impress the girl I could never have. I ran around university like a loon in the days when all was a terrific wheeze and nothing could possibly hurt us. Then I branded myself a filmmaker and did my best to gather the meagre funds I would require to make the next Bad Taste or Reservoir Dogs. They wouldn’t let me. I dealt with small minds. I got my break last year thanks to Lonely Planet and here I am, now, in Africa, giving something for your eyes and brains to do other than muse on the latest events from the Big Brother House.

I want to entertain, but in turn I demand to be entertained, and the more I travel the more my eyes glaze with the homogeneity of it all. How many times do you have to see the same concrete office block before the Tyler Durdan that lies in wait in all our souls SCREAMS at you to blow the f**ker up and build something better (dare I say magnificent?) in its place. I could do it; I have the vision, I just need people to trust me. Maybe I should start hitting myself.

Then I get the apologists. The same crowd that could, with a straight face, defend the slave trade, the stolen generations, the Holocaust FFS

Why do you hate modern art so much Graham?

Oh, it’s cos I is a Luddite. I just do what The Daily Mail commandeth.

No, it’s because I’m a creature of the past, I’m a hopping mad royalist in love with Prince Charles and I wouldn’t know a great bit of design if it slapped me in the face with a wet haddock.

You sarcastic bastard, Graham. Well it may not be beautiful, but at least it’s remarkable.

Phish. Anybody can achieve something remarkable – go into a school and murder a bunch of children, that would be pretty remarkable. Or drive the wrong way down the M6, or throw yourself off the top of Preston Bus Station. All quite remarkable feats – at least it makes you think, eh? Bullsh*t. Most of us regard Emmerdale Farm, Strictly Come Dancing and Big Brother as remarkable, so our tastes in such matters are not to be trusted. It’s all too easy.

Oh shut up Graham you facetious sod. They didn’t have paparazzi back then. Or the internet.

So what? Even if they did, it wouldn’t have been what drove them; they were driven by one thing: beauty. And they all made it their lifetime’s work to render that beauty in music, on paper, on canvas or in stone and lock it down in time, freeze that moment of excellence, of genius, of wonder… until the end of the world.

And let’s take a quick look down the sorry list of people who did stuff solely to be remarkable – Herostratus, Caligula, Nero, Napoleon, Jack the Ripper, Hitler, Mark Chapman – get the picture?

Every piece of old art, sculpture, music and architecture is now a treasure, because if we rip down the beautiful old Sailor’s Home, what we replace it with (Debenhams) will be a revolting cost-effective monstrosity made of glass and concrete. If we take down a landscape by Constable, what goes up in its place? A malformed scribble wrought by some revolting little tyke whose sole function on Earth is to make tat for Charles Saatchi so he can have a wonderful time selling it to PT Barham’s fools for outrageous sums of money. The sad thing is – there is no reason why old stuff can’t be replaceable. There are great artists, composers, sculptors and architects out there, but they are being ignored and ridiculed as dinosaurs.

Can I just be the one to point out that Ancient Egyptian design and art lasted for over THREE THOUSAND YEARS?

Sorry to capitalise, but sometimes to have to shout to be heard. I don’t believe that there is anything in this world that can never be reproduced. Our generation has the tools, the talent and the potential to build the Black Taj, put together a dome twice as big as St. Pauls, construct an Eiffel Tower a mile high and, if our fancy allowed, make the Statue of Liberty walk.

There are still geniuses out there. They just lack one thing – patronage. The stupid rich are far more interested in buying themselves a bigger yacht and purchasing million dollar diamonds to shove on the finger of their latest stick insect. Seriously, when did you last see a statue or a fountain ‘Erected by Public Subscription’?

But all is not lost.

We have something beyond the comprehension of the cretins that have sought to create this shapeless ocean of cost-effectiveness. We have the internet. What you are using now is opposite of cost-effectiveness, I am not being paid to write this and you didn’t have to pay to read it (although you can donate to WaterAid if you like!).

Yes, the internet – the bane of advertisers, of moviemen and TV producers. Even after fifteen years, they still don’t know what it is or how it works. But we do.

They are used to telling us stuff. That’s not what the internet is for. The internet is a conversation. It is the first time in history that those in charge have to shut up and listen; not just wait for you to stop talking because they think they’ve got something more interesting to say.

A brave new world awaits. And we have the power to make it a beautiful one.