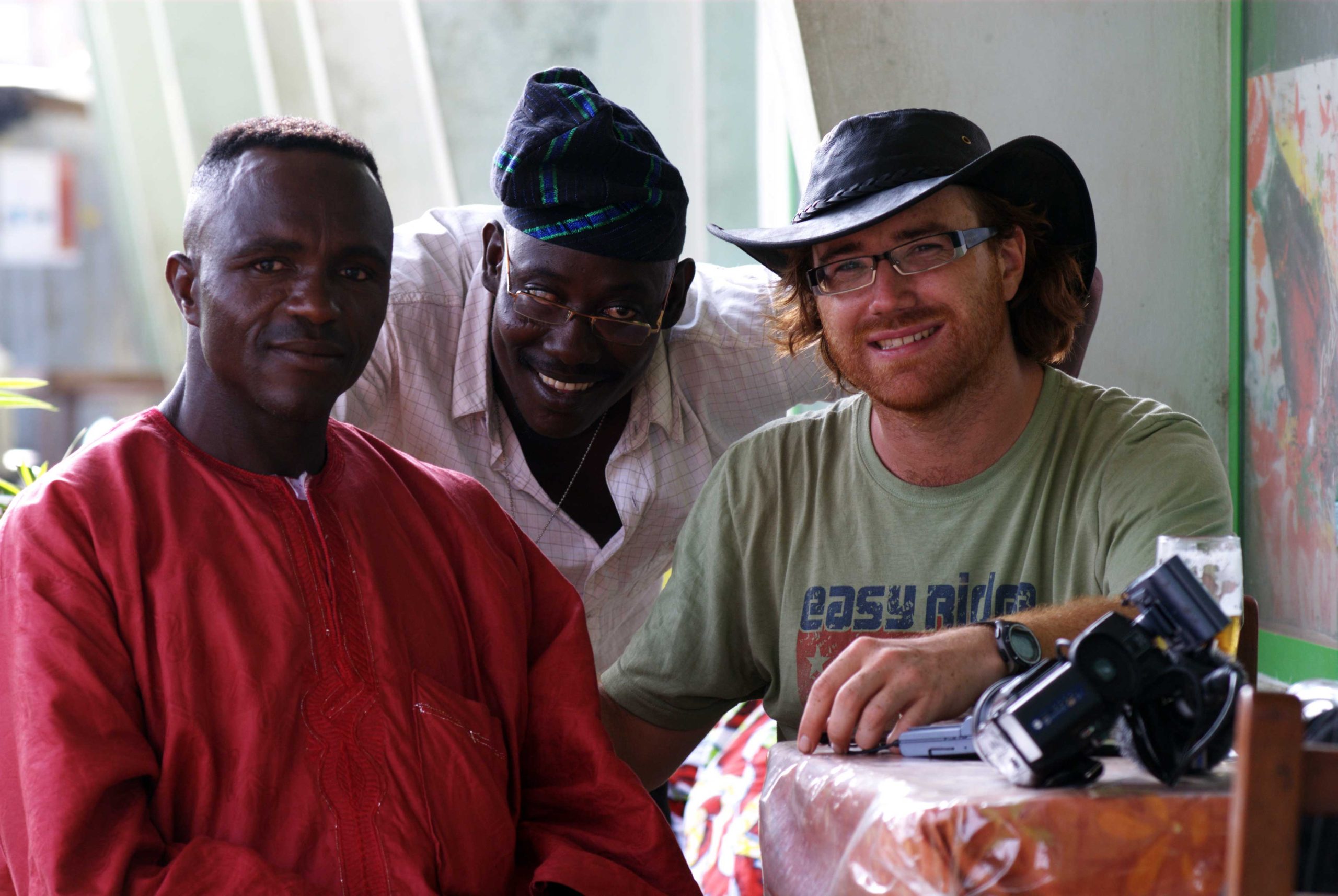 I had a chance to charge up my batteries and check my e-mails for the first time in God-knows-how-long. There was no way of progressing past Benin before the embassies opened tomorrow morning, so I was in no particular rush to get there.

I decided to check out the market and get my beard trimmed. You know at the end of ‘Beauty and the Beast’ when Belle kisses him and he turns into the prince? Yeah! Then Tanko’s nephew took us out for a quick jaunt around Accra. We headed to the Memorial Park only to find out it was €75 to film in there, so we went to the castle instead – only to discover that filming is banned outright. If in doubt, always find something to eat.

We went to the Ghanan version of McDonalds and stuffed our faces with hamburgers and chips. Yum. I had an ulterior motive though – I needed a good toilet. Remember me bragging recently that I had made it this far though West Africa eating all kinds of fly-covered junk from the side of the road without getting ill? Well, after two nights of really decent grub, I guess the irony was too much for my guts to handle. No explosive follow through’s or anything, just enough blurgh for me to be a little concerned. Rocco gave me a couple of his ‘poo tabs’ (yes he wrote that on the box in biro) and that bunged me up a treat for the next three days, so no biggie. You just wait until I get gastroenteritis…

Anyway, my spidey-sense told me it was time to leave, so we headed back to the hotel to pick up our bags. There, I met a girl carrying a Manfrotto tripod bag, which could only mean that she was a film-maker. She wasn’t. But her sister was, so I was half-right. Had a good chat with them, made me feel proper amateur with my little A1 camera. But I was glad to have Rocco around. Everyone else that I’ve met is a little less than convinced when I say I’m making a television show. The Cape Verde police didn’t believe it so much, they kept me in jail for 6 days.

After a while, Tanko arrived to say his farewells. He had just come straight from a wedding (don’t worry – it wasn’t his and yes I made that joke) and was dressed in traditional Islamic attire. We had a chat about the road ahead – turns out he has a friend in Kuwait who may be able to smuggle my ginger ass into IRAQ! How cool would THAT be? Hearty handshakes and thanks all around, then it was a quick stroll over to the minibus area and before too long, we were on our way to Togo. To go to Togo is to go to a go to Togo a go go. So there.

It’s a short trip to the border and once on the other side (visa issued there and then, THANK YOU TOGO!), we found a shared taxi that was going all the way to Cotonou, the capital of Benin, in all but the name. While we waited for the taxi to fill, I met a guy who told me the hilarious story that German Togoland (as it was then) was only leased to the French and now that the lease is up, he is desperate for the Germans to come and reclaim the country so that they have somebody sensible in charge for a change. So if any Germans are reading this and are still aching for a bit of liberstradum, I’ve found a place where you’ll be welcomed with open arms. So not like Poland then.

Tell you what though, he’s given me a REALLY brilliant idea for the next Indiana Jones movie. Oh come on, after that last effort, they look like they need all the help they can get!

True to their word (usually taxis that say they go over borders drop you at the border and then run away giggling) we got into Benin and all the way to Cotonou, arriving before ridiculous o’clock at night, which was a bonus. If I hadn’t been quite, quite knackered, I would have bought a bottle of bubbly – Benin is country number 100!!!

Halfway back to Mandy.