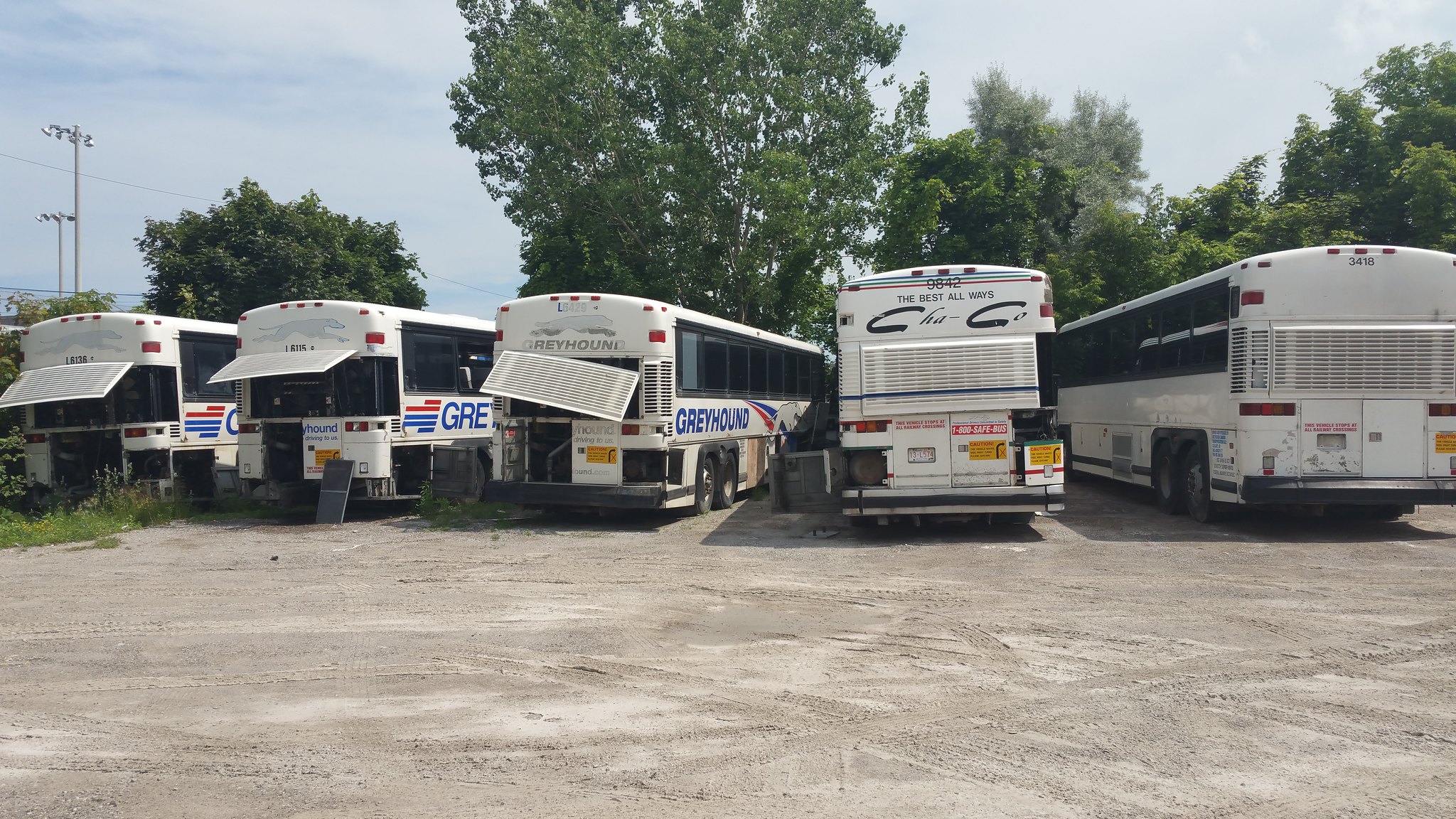 I gave it until 2pm until it became abundantly clear that the Treasury was not going to get back with an answer this week and asked Robbie (very nicely!) if he would give me a lift to the bus station. That he did, and I made the bus for Titusville (just outside Cape Canaveral) with only seconds to spare.

Now, so far, the Greyhound bus drivers I have experienced have been mean, condescending and stupid, but this driver was something else. After making everyone check their luggage in (even though most of the people’s bags were small and the bus wasn’t even nearly full) this uppity clippered-moustache bureaucratic freak continued to make everybody’s life an utter misery by stopping the bus – on a FREEWAY JUNCTION EXIT(!) – to confiscate the mobile phone of a passenger who was doing no harm to anybody. BECAUSE IT RANG ONCE!!

My jaw hit the ground. It’s not like the Greyhound buses are some exclusive elite fleet of ultra-modern coach. THE LONG DISTANCE BUSES ARE BETTER (AND CLEANER!) IN BANGLADESH. In fact, Greyhound buses are the WORST buses I have ever had the misfortune to travel on IN THE WORLD.

[UPDATE JULY 2010: I’ve now travelled through 176 countries and can honestly state… THEY ARE!! THEY REALLY ARE!]

At least they have an excuse in Bolivia why their buses are filthy dirty and stink of effluent – it’s one of the poorest countries in the world and you only paid $5 – but at least their drivers don’t act as though they’re a cross between an SS commandant and Mr Bronson from Grange Hill.

Greyhound’s attitude, level of service and customer relations is like something out of a 1970s British Situation Comedy. You get 0/10 Greyhound. Go to hell. I hope this help to emphasise. I hope this helps to clarify: I HOPE YOU DIE.

Sorry, had to get that off my chest. Now – er, were was I? – oh yeah, got a text on the way to Titusville saying there had been a family emergency and they were very sorry but I was going to have to find my own accommodation.

This was not my week.

I checked into the Three Oaks Motel and watched cable TV. It was one of those classic American Motels – like nowhere else in the world, you park outside the door and presumably haul up whilst on the run from the cops. I then went to get something to eat – I walked for ages, but nothing was open so I had to phone for a pizza to be delivered to the car park outside the pizza place. They even charged me $2 for delivery.