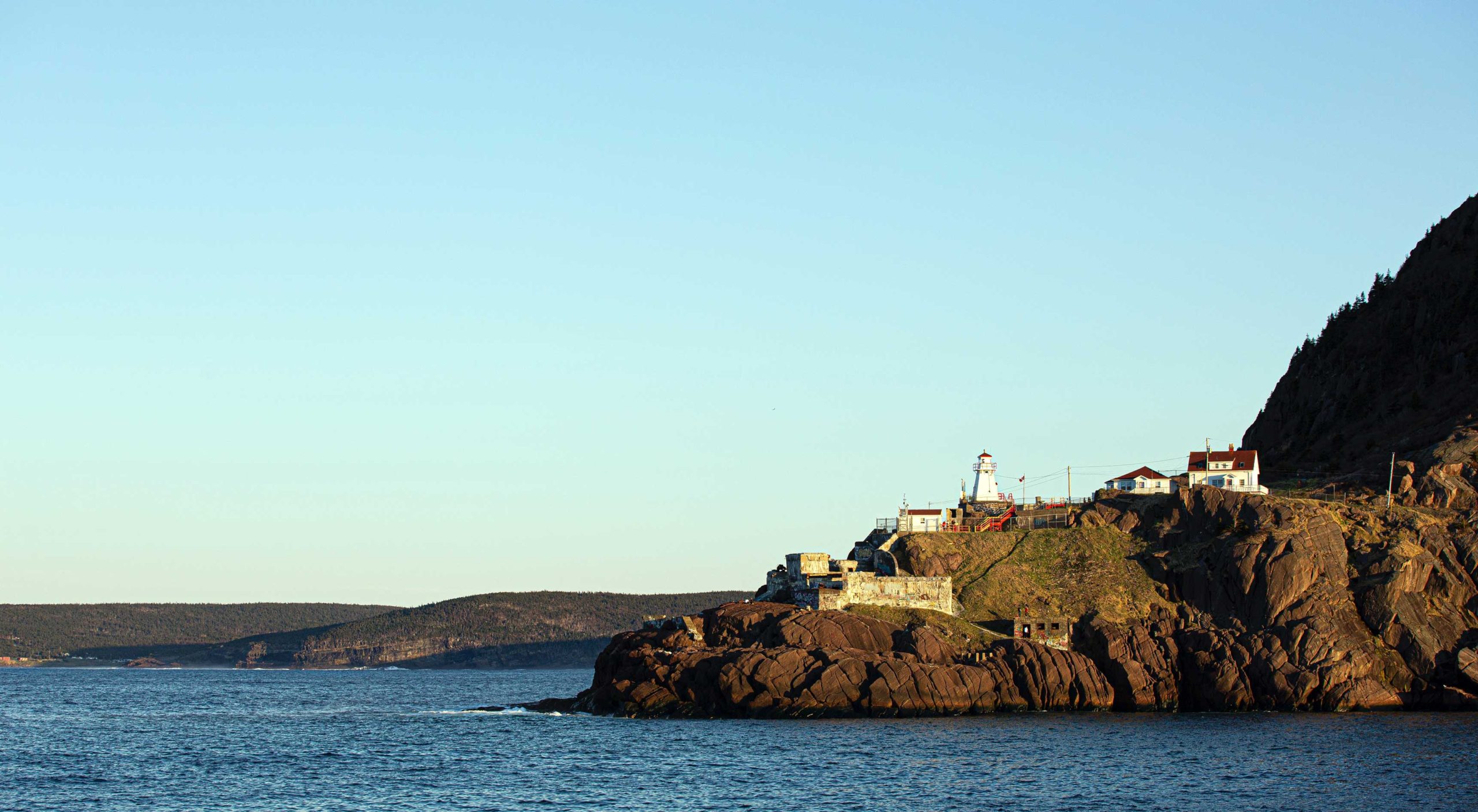 The Reykjafoss cruised into the port of Argentia at about 7pm. I had spent the day getting to know the crew – our Polish Captain, Miroslaw, Chief Engineer Andrey from Russia and the magnificently named Chivas Regal – seriously – our cook from the Philippines.

Argentia seems to be a microcosm of twentieth century architecture – it was an important American Naval Base for many years, and was once a sizable town. Then after the Americans left, the Canadian government had the entire settlement torn down – houses, shops, movie theatres, town hall – the lot. Why? Well BECAUSE THE AMERICANS BUILT IT ALL OUT OF POISON.

Ah, good old Asbestos – the wonder material of the last century. The only problem with it is that, unlike wood, stone and clay, it kills you. So all the buildings – the entire town of Argentia – was (carefully) razed to the ground by people wearing breathing masks. And now nothing can be built there for a long time. Good job Asbestos. Now why don’t you join your other miserable twentieth century construction fiends concrete, plastic and fibre glass and jump into the sun?

Yes, I’m aware that the Romans used concrete, but they used it as a joining material, not to build walls (or, more depressingly, entire hack architecture buildings).

So I jumped in a taxi and headed over to the nearest town to what was once Argentia, a place called Placentia (bit close to ‘Placenta’, but there you go). There I tried to buy some sea-sickness pills, but the gas station only had a pack of over-priced herbal remedy junk – “no drowsiness reported” it boasts on the label. Yeah – no effects, no side effects. I will spend the next week feeling nauseous with my head in the toilet and sick trapped between my mouth and nose. YUCK.

Anyway, that’s in the future and at the moment I’m in a pool hall bar in Placentia. It looks like a Northern Working Man’s Club – it’s one of those places with enough space for 500, but at the moment it’s accommodating a modest 35. The Newfoundlanders are HILARIOUS. One just asked me if I was from Iraq. What gave it away? The red hair or the pasty complexion? They also speak in an almost perfect, ‘Pikey’ Irish accent (think Brad Pitt in Snatch) – but they still say ‘ABOOT’ like all proper Canadians (South Park hit the nail on the head – no matter how much you argue, they are CONVINCED they say ‘ABOUT’ like normal Anglophones) which I think is dead funny.

I’ve just sorted out the last of my emails and had a chat with my beloved who I’m not going to get to speak to for about a week after this, but at least I get to speak to her, which gives me one-up on Odysseus. Once all that’s done, I’m going to sit back, relax and watch the latest episode of Lost on YouTube before they delete it.