I often get asked what’s in my bag.  I’ve already done a blog on what (not) to take backpacking, but I didn’t really get into the technical stuff, so here goes:

CAMERA: I use an old 2006 Sony HVR-A1(E) HDV camera. It takes mini-DV tapes, which are surprisingly easy to get anywhere on the road. The hand-held successors in this product line were mostly hard-drive cameras, which are fantastic, but in environments where things can go missing, humidity can affect drive heads and stuff is likely to suffer from knocks, tapes are a better idea than hard drives.

When I first started I used the top-mounted XLR mic plugged into the hot-shoe on the A1, but after a couple of weeks I ditched it – at arm’s length the A1’s inbuilt mic was just as good and in stereo.

I use a cheap Chinese-made 37mm wide-angle lens so my mug doesn’t take up too much of the screen when I’m holding the camera at arm’s length. The official Sony wide-angle one costs three times the amount and weighs three times as much, so I opted for the lighter, cheaper version. Works just as well.

Keeping things cheap, light and low-fi, I don’t carry an XLR mic, tripod, boom, clapperboard, track or even a dolly.

LAPTOP: I carry a (now very battered) Dell Latitude X1, which I bought off ebay for 200 quid. It’s one of the last 11.1” notebooks to include a 4-pin firewire input – essential for backing up my tapes off the A1. I then courier the tapes – the raw footage – to the production company. And, so far, I haven’t lost a tape (or deleted anything I wouldn’t want to be on television)!

I shoot everything in HDV, aka ‘half HD’ – 1440×1080 pixels per frame with rectangular pixels (full HD is 1920×1080 with square pixels). The TV show is edited in SD, don’t really know why. I edit my YouTube clips in SD, on my Dell laptop. I use a legal copy of Adobe Premiere, although to be honest I’m not really stretching the program much: you could probably get away with doing the same kind of thing on Windows Movie Maker. 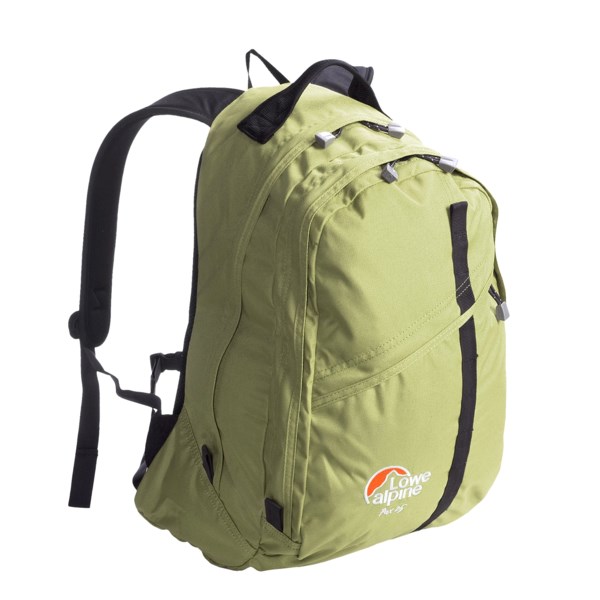 BACKPACK: I use a Lowe-Alpine “Pax25” bag which I bought back in 2001. This bag has travelled to over 250 countries in that time and still hasn’t let me down. You can’t buy them any more. Ahh… they don’t make ’em like they used to!!

GPS: I use a little Sony GPS-CS1. It’s hardy as hell (it survived a dip in the Persian Gulf!) and does the job magnificently. Although it doesn’t like trains. It takes a single AA battery. I use rechargables and have a little gizmo for charging them via the USB on my laptop.

PHONE: I use the simplest cheapest Nokia I can find and I carry two of them, just in case. They’re fairly indestructible, the batteries last all year and Everyone’s got a Nokia charger and there’s a torch in the top!! Stick it, iPhone!!

IPOD: Talking of Rotten Apples, Lonely Planet kindly bought me an iPod Touch for Christmas. Yippee, I thought: I could put all my Lonely Planet books on it and easily read them as I go. A nightmare experience of trying to navigate the map of Baku, Azerbaijan at 5am when it was minus 5 put paid to that idea: the time it takes to refresh a pdf screen is painfully slow… we’re talking up to a minute just for one step (zoom or move) on a map. I stick with the real books and just use the iPod for music.

STILL CAMERA: I kind of regret not taking a better still camera, but my little Sony Cybershot does an adequate job of holiday snaps. A digital SLR would weigh too much and just be one more thing to worry about.

CABLES ETC: A 4-pin to 4-pin firewire, a couple of USB cables, a third-party all-in-one charge block for my still and video camera batteries, laptop power cable and a DC/DC converter for charging my laptop from the ciggie lighter of a car. Great for long bush-taxi rides!

SLEEPING BAG: I have a tiny Karrimor Global 700 Traveller Lite which packs down to the size of a small loaf of bread. Hardly ever use it, except when I’m on a bus and the air-conditioning is freezing my face off.

Right, that’s it. Apart from my Swiss Army Knife, a rather sparse first aid kit and mosquito net, I don’t use any other specialised kit, except for my fishing vest which I bought in Herat, Afghanistan. It’s got about 20 pockets and can hold two full bottles of whiskey in the lining. Lovely!!

I WANT YOU… To Help COMPLETE THE ODYSSEY EXPEDITION!!!

This is THE ODYSSEY!