It has come to my attention that the Australian flag is boring and rubbish.

So is the New Zealand one for that matter.  What is this mad obsession with the Southern Cross?  Apart from Oz and NZ, it’s on the flags of Brazil, Samoa, Papua New Guinea, Christmas Island, Cocos Islands, Niue, Tokelau, New Ireland, Tierra del Fuego in Argentina and the Magallanes Region of Chile.  Get over it.

Okay, so it could be worse, I suppose (they could be lumped with a tricolour) but still, you’ve got to admit it’s pretty uninspiring stuff:

And what the hell is that in the top left hand corner?? I’m sorry, but if the Australians are going to insist on charging British people over the odds for tourist visas and continue to mispronounce words like “debut” (they say day-boo! Seriously! DAY-BOO!!! Ahahahaha!) then they should NOT be permitted to co-opt our incredibly well-designed flag just to make theirs a little more exciting.

So today I started looking on the internets to see if anybody had come up with a cool new design. Something that says “AUSTRALIA!!!” loud and proud without cowering behind the stockings of mother Britain, or using a logo that is ubiquitous across the entire Southern Hemisphere, or looking like it might be the flag for New Zealand ‘cos they look exactly the frikkin’ same from a distance…

And it seems like a fair chunk of the Australian population agree with me.  So why hasn’t the flag been re-designed?  Well, for the same reason they still haven’t got rid of Queenie: the vast majority of Australians haven’t got the foggiest what they should replace it with.

Surely some bright spark in the 223 years of Australia’s existence could have come up with a decent alternative to the banal rag on a stick that currently flies above parliament.  Well, you’d think…

Let’s Look At The Competition

Erm… excuse me?  Hi.  I was just wondering, you know, what makes this not the flag of ANY OTHER COUNTRY IN THE GODDAMN SOUTHERN HEMISPHERE?  Try again.

Ah yes, I see what you’ve done there: you’ve made the same flag as above but you’ve changed the colours around and you’ve fimbriated it.  And it says ‘Australia’ to who? The dingos?? Rubbish.

This one looks like a Pepsi Ad from the 80s. With Coke’s dynamic ribbon added for a giggle.  Is that supposed to be Uluru?  Crikey, you’d be hard pressed explaining that to your average Aussie, never mind your passing Bolivian.  Does England put Stonehenge on the flag?

Ah… at LAST!  A flag that says “AUSTRALIA!!” Unfortunately it looks like something halfway between a kanga warning sign and the Qantas logo. Kangaroos are ridiculous looking creatures at the best of times and already feature on the crest of Australia. No.

The only one of these 12 designs that screams ‘AUSTRALIA!!!’ is the kangaroo one, top right.   I’m sure the original is of great anthropological interest, but come on – it looks like it was drawn by a six year old. Not cool.

In a survey posted on the same site, 41% of respondents in a given opinion poll thought it necessary to depict the Southern Cross on the Aussie flag. It seems that some Australians believe that you can only see the constallation Crux from the top of Uluru.  This is not the case.  The Southern Cross is visible from anywhere south of France.  It just goes to show why nothing important should be put to a public vote.  Like the Australian National Anthem, yeah?

It’s fairly clear that Australians, by and large, want a new flag, but just haven’t been presented with a decent alternative… yet.

Given that I’m fairly well positioned to exploit my current surroundings and I believe you should never criticise something unless you’re damn sure you could do a better job  yourself, I’ve designed Australia a lovely new flag.

Ain’t I the sweetest?

The main concept in my mind was stuff the goddamn Southern Cross. The only visual message conveyed by the design is “I’m from the bottom half of the planet!”.  Now might be a good time to reiterate the fact that there are 47 countries in the Southern Hemisphere.  The Southern Cross says ‘Australia’ about as much as a cloud says ‘England’: you can see what they’re getting at, but as a unique feature, it’s an epic fail. 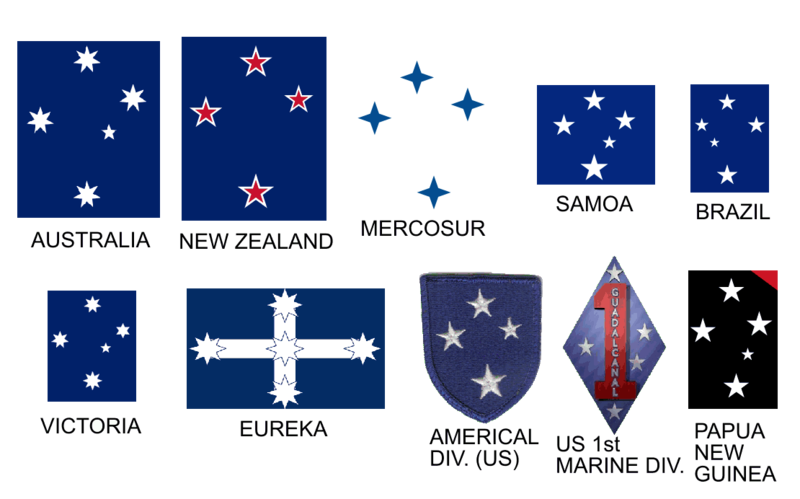 Very few countries could get away with using the shape of the country on their flag (just from the outline, could you identify Albania, Uzbekistan, Paraguay…?), but Australia can and therefore it should.

The shape of Australia is a design classic – used on Australian logos, designs, icons, websites, products the world over.  Why?  Because everybody who has ever glanced at a map of the world knows the damn shape!!  It’s not just an island continent, it’s THE island continent – the ONLY one on the planet – sitting there in the middle of the deep blue sea saying “don’t I look AWESOME?”.

You can try it in different colours, but – trust me – it won’t look as cool.

While 29 national flags use red, white and blue, there’s only one other flag that uses black, green and yellow: and that’s Jamaica, possessor of one of the coolest flags in the world.

So here we have

Next up, New Zealand…

Where Do We Go From Here?