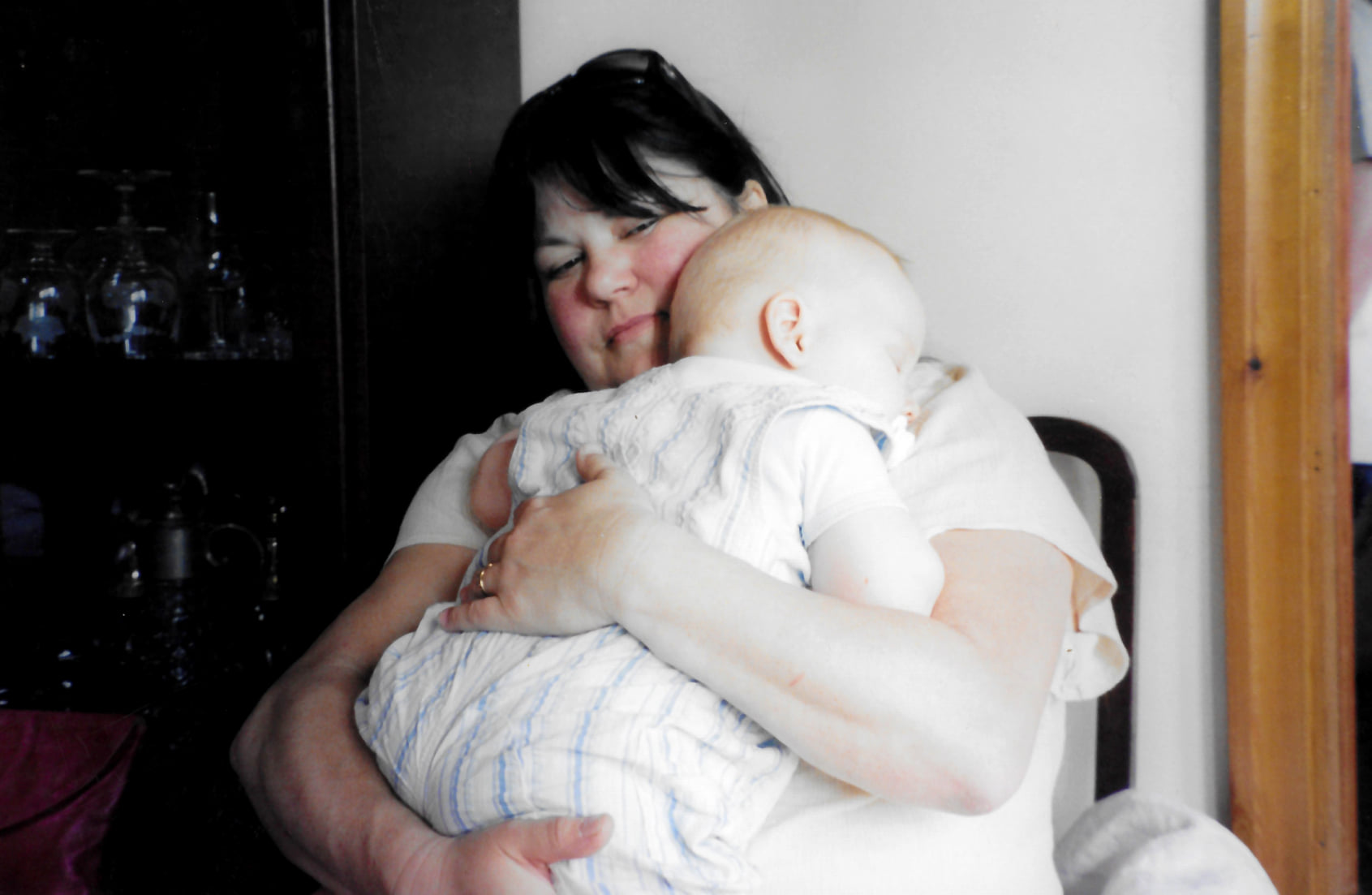 I’ve been “off the horse” for the past couple of months as my older sister Nikki was diagnosed with terminal cancer a short time ago. I flew back to the UK to spend time with her and my family.

She passed away on Friday 25th March 2011. At least I got to hold her hand and say farewell. I’ll miss her.

An old friend of mine wrote a note on Facebook saying not to cry because she’s gone, but smile because she lived, and that she did. So in that vein and in memory of my big sis, I want you join me in taking a step back from whatever you’re doing, whatever is going on in your life, and just take half an hour to sit and consider just how amazing you are.

1. You are made of stars (and so is Jupiter)

The trillions of tiny atoms that cling together to make you who and what you are were all forged in the heart of a dying star. The last few seconds in the life of a dying star to be precise. Blimey.

Before The Sun that we all know and love, there existed an earlier incarnation.  The Sun Mark 1, if you like. It would have been a giant star, much bigger and therefore much less stable than the yellow dwarf that we now swing around at an astonishing 108,000km per hour. Unlike the current Sun, it’s doubtful if this one had any planets orbiting it. And one day, fortunately for us, it blew up.

When a star is functioning normally it is busy smashing atoms of Hydrogen together to make Helium. The resultant energy of these collisions is what makes the sun so damn hot. But when the amount of Helium versus the amount of Hydrogen reaches a critical ratio, a chain reaction occurs and the sun starts smashing together the Helium atoms as well, which produces heavier and heavier atoms – carbon, iron, gold etc, before promptly going BOOM and scattering this newly-forged material over a massive area – an area about the size of the current solar system.

In most cases, the lighter elements tend to be flung out further and in larger quantities whereas the heavier  elements (of which there were much smaller quantities) stayed closer – which is perhaps why the small rocky planets – Mercury, Venus, Earth and Mars – are the four closest to the Sun and that the big gas planets – Jupiter, Saturn, Uranus and Neptune – are all further away, a pattern we see repeated in all these new solar systems that the Kepler Space Telescope keeps discovering.

What this also means is that there is a set amount of iron, cobalt, neon, titanium etc on this planet. Stupendously enough, the elements that organic life uses like hydrogen, carbon and oxygen are being constantly recycled. Therefore it’s not such a stretch of the imagination to think that one of the trillions of carbon atoms you are made of was once an atom in the big toe of a Tyrannosaurus Rex, that an atom of iron in your blood once ran through the veins of Julius Caesar, that an atom of the calcium in your bones once helped give a sabre-toothed tiger its name or that a molecule of water in your sweat once passed through the urinary system of Napoleon Bonaparte’s pet hamster.

But that’s not the only way all living things are connected, and I’m not talking about The Force here…

Once The Sun Mark 1 had blown itself to smithereens, the debris coalesced into planets and The Sun Mark 2.  For a long time Earth was just a glob of hot gooey liquid floating in space (the Moon was a chunk of the Earth that broke off during this gooey liquidy phase).  Slowly things started to cool down, the Earth’s crust formed and because we are just the right distance from the sun (huzzah!) we enjoyed an abundance of the one thing that seems to make life possible – liquid water.

Then one wet Thursday afternoon in the year 3,784,265,459 BC, the first self-replicating carbon-based life-form oozed into life. Somewhere in the trillions of gallons of briny carbon-saturated oceans of the early Earth the first microscopic self-replicating bit of information started to, well, replicate.

This means that everything that lives and breathes on this planet is your cousin. The very cells that make you you are intrinsically related to everything organic: from chimps to jellyfish to giant redwood trees via mosquitoes, kangaroos and bananas.

Not only do you share huge chunks of your genetic code with every single one of the trillions of animals and plants that teem all over this vast sphere, your DNA is written in exactly the same language – a language that consists of just four letters: A, T, G and C.  Adenine, Thymine, Guanine and Cytosine.  (That’s why that movie is called Gattaca by the way.)

It’s as if all living things on this planet run on Windows: there simply isn’t a type of flora or fauna that runs on iOS. Every single worm, bacteria, virus, moss, fungus, sea slug, coral, insect, reptile, primate and vegetable are made of the same stuff, the same building blocks of DNA – the letters are just in a different order.

We’re all unique tunes being played on the same piano – us lot just happen to contain the melody that says ‘human’ – but all living things on this planet are carbon-based and contain DNA. From the wheat in the fields to the birds in the sky to the bacteria in your own body: they are your cousins. So be nice to them. Unless, of course, they’re making you ill or they’re made of tasty food… in which case, go nuts.

3. You are 3.8 BILLION years (and nine months) in the making

I want you to imagine yourself on top of a mountain at the beginning of a human chain that stretches down the hill and all the way to the distant horizon, as far as the eye can see. The person you are holding hands with is your mum. The person holding your mum’s other hand is her mother, who is in turn holding hands with her mother, and so on along the chain and back through time.

Now let go of your mother’s hand and start to walk alongside your ancestors. After the first 10,000 grandmothers you’ll notice things starting to change, ever so slightly, but you’d see that they were becoming more hairy, perhaps a little more stooped. However, you would be at least 62,000 grandmothers along before they would start to look so different to you that you would consider them a separate species – Homo erectus. If we regard their arm length as roughly six feet each, that would be a walk of around 1,200 kilometres.

It would then be a further 3,740 kilometre trek along the chain – past 187,000 of your grandmothers (at least) before the almost imperceptible changes in each of your maternal ancestors culminated in what would look to you as more of an ape than a human.

Then it would be apes all the way for another 1,875,000 grandmothers – a walk of 37,500 kilometres. The circumference of the Earth is only 40,000 km, so by now you’ve done your first lap – just in time for you and your ape-like ancestors to join up with the genetic lineage that led to monkeys.

It takes at least another complete circumnavigation of the Earth before you reached the point in your imaginary line of grandmothers when the dinosaurs were wiped out. By now your grannies would be getting smaller, more shrew-like and almost certainly nocturnal. At this point you might meet a friendly lemur who is on the same journey to meet his or her ancestors: you may well share the same grannies.

After your third circumnavigation of the planet you might find yourself accompanied by your pet dog, or cat, or rabbit. There’s a good chance that your great-times-fifty-million granny was their granny too.

After two more complete loops around the planet following your ancestral chain and you might bump into a kangaroo checking out his or her family tree. Your grannies would now resemble small furry animals that are only just developing the skill to give birth to live young. By your tenth circumnavigation (phew! your legs would be killing you!) your grannies would be laying eggs and sitting in the sun to keep warm. At this point, you might well run into a rather exhausted gecko or peacock who are likewise meeting their ancestors.

It would be about your 12th visit to your original mountain when your grannies would start to look amphibious and your 14th before they looked like lungfish. The next time around they would just look like fish. By your 20th circling of the globe you might bump into a talkative grasshopper who had also just been reading books by Richard Dawkins. You would look at your common grandmother, now a weird-looking sea creature, and muse about the fact that she looks nothing like either of you. Well, of course she doesn’t, there’s over half a billion years of divergent evolution separating humans and grasshoppers.

Talking of half a billion years, that’s the time it would take to make all the grannies necessary to link from weird-looking sea creature granny to oh-my-god-she-looks-like-a-plant granny.

At that point you might well meet a well-travelled banana or a bunch of daffodils who share exactly the same great-times-a-billion grandmother. Not that she would look like a banana, or a bunch of daffs.  Maybe more like hairy seaweed.

It would be a further 2,800,000,000 years in the past and, given the short life span of bacteria, at least 2,800,000,000,000,000,000 more grandmothers before you reached the last one, or rather the first one, who you’d need a microscope to see. She would look like a very simple single carbon-based cell. Simple, but brimming with near-infinite possibilities: she would be the matriarch of every single thing that lives or ever lived on this planet.

If you’re finding it it difficult to imagine, even given the time span of billions of years, how you could go from a single cell to something as ludicrously complicated as a fully grown human being, you did it yourself in your mother’s womb… and that only took nine months.

But do you see the most amazing bit of this whole story?  YOU.  You represent the culmination of 3.8 billion years of successful reproduction. GO YOU!!

NOT ONE of your trillions of ancestors died before they could reproduce. Through the seas, the lakes, the jungles, the savannahs, the countryside to the cities your ancestors LIVED. Every single last one of them managed to pass their genes on to the next generation, their immortal genes, the bits of your grannies that lived on after they died.

This body of mine might be 32 years old, but some of my genes are FIFTEEN TIMES older than the Himalayas.

In your (north) FACE, Everest!!

Now go give your nearest and dearest a hug and tell them just how bloomin’ amazing they are.

The facts and figures in this entry are a mash-up of stuff from Carl Sagan, Douglas Adams, Richard Dawkins and Wikipedia. May I heartily recommended Sagan’s Cosmos and Dawkins’ The Ancestor’s Tale, much of which I nicked to write this piece.