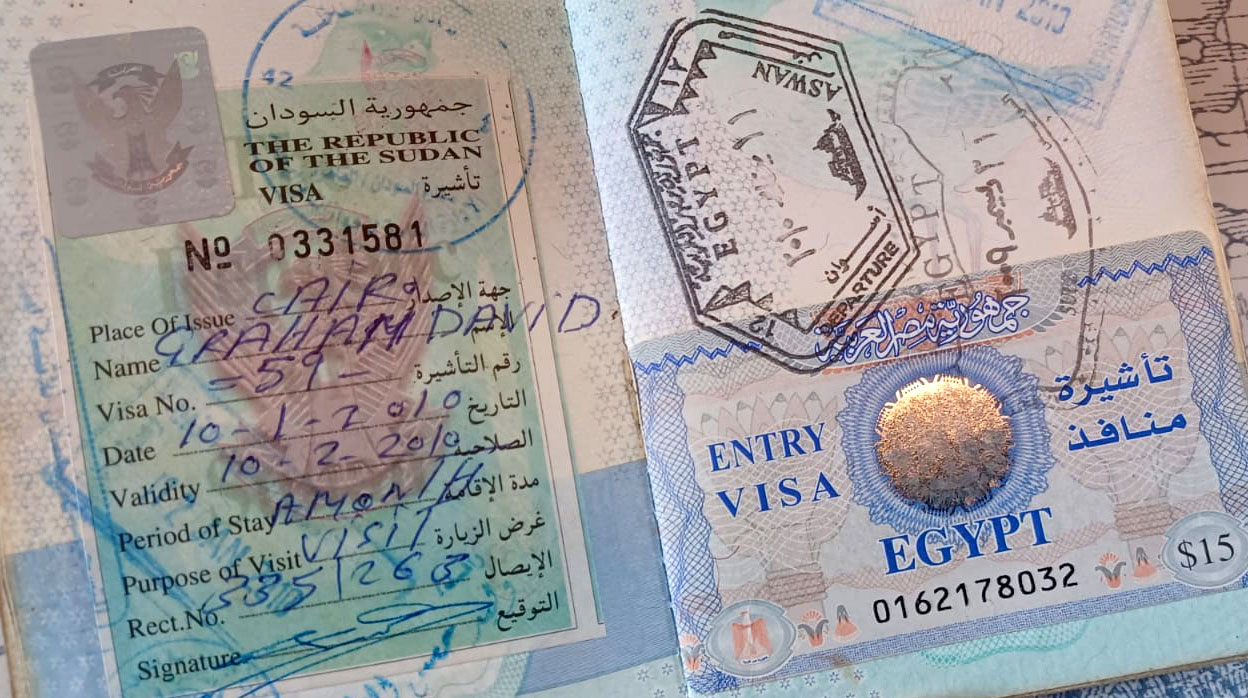 Here’s what you need to do to get a visa for Sudan:

That was my morning, but there was still much stuff to do. You see, I needed my visa today because the only way to get into Sudan from Egypt is on the ferry across Lake Nasser from Aswan to Wadi Halfa and the ferry only goes once a week – and it leaves on Monday, which is tomorrow. I needed to get the night-train to Aswan, so I headed over to Ramses train station and MORE BUREAUCRACY!

Then I (foolishly) took a cab back to the Sudanese Embassy (I should have taken the subway). We got caught in traffic more jammed than Bob Marley jamming in a jar of jam. I got back to the Sudanese embassy at 3.10pm, worried that I was ten minutes late. An hour and a half later, they gave me my passport back. I was glad I rushed.

So… back to the Sara Inn to pick up my bags and to eat some kushari. Said my goodbyes and headed off to the station for my train. Despite all the hoops that I had to jump through, today went rather well, I thought. The train was less hilarious than I thought it would be, there was no booze and the fresh-faced young Kontiki tour groups were happy to crash out at 11pm, what with kids these days? Bunch of wusses.

I shared a cabin with a guy from New York named John, who (let’s not beat around the bush here) was Forrest Gump – how anyone let him go to Egypt on his own is beyond me. Perhaps his mum was in the next room. I mean, he was a nice enough guy, but give an Egyptian an inch and they’ll take a mile – this time tomorrow, I’d be surprised if he had any money left. I did my best to answer his questions about whether the train conductors were nice in the UK (the answer is no), whether they had trains in Australia and why the Giza touts were so mean.

Our train conductor, Aladdin, not being one to miss a trick (yes, they did the old ‘would you like a cup of tea with your dinner?’ lark without telling you it wasn’t complimentary) offered me a different cabin for a few Egyptian pounds, but I turned the offer down – John was harmless; I got the impression they don’t quite understand mental illness in Egypt. Then again, the way people with mental illnesses are treated in the US (and the UK for that matter) is still pretty damn awful. Funny that, isn’t it? If somebody has a dodgy heart or breaks their arm, they get sympathy and all the help they need, if someone’s brain isn’t functioning at 100%, we tend to shun them lest they turn around in the night and go postal on our asses.

With nowt much else to do, I clambered up onto my bunk bed, tied my GPS logger to my leg and fell asleep.