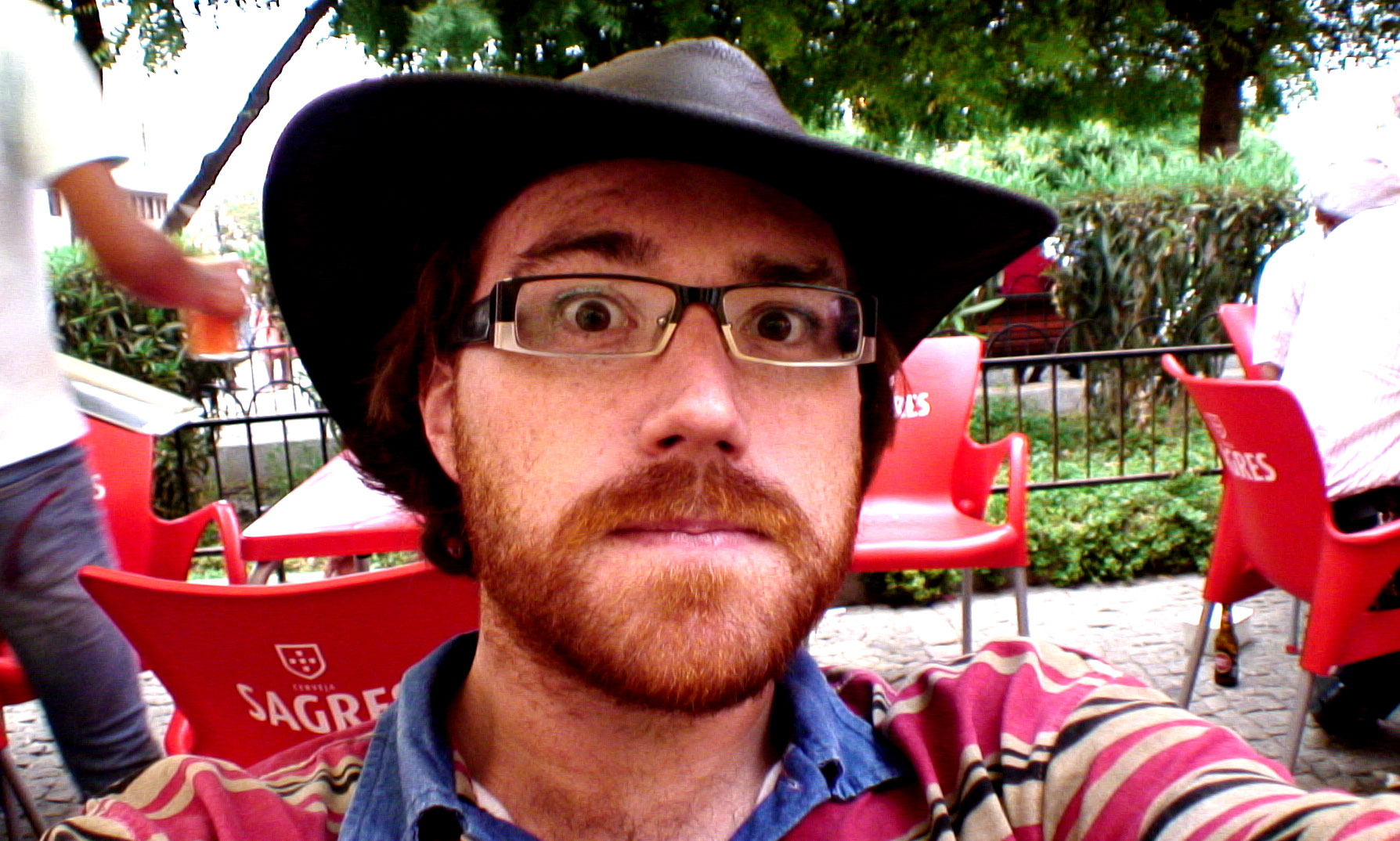 A couple of weeks ago, I met an American girl named Callie Flood, who was ex-peace corps. After running into her again today (and the predictable “ARE YOU STILL HERE?” question that always comes up), she put me in touch – through her mate Rachelle – with a German guy named Milan who was on Maio, the island a few miles east of here. Milan has a sail boat. He went on theodysseyexpedition.com, watched a bit of the web vids, which are now (thankfully) back online. I spoke to him on the phone – I had barely finished explaining the situation before he said the magic words.

What? You’ll bring your yacht here and pick me up and take me the 400 miles to Dakar?

However, the boat required some repairs before it would be seaworthy, but he assured me we would be on our way by the end of the week.

I may have to wait a little while longer, but with any luck, this will be my last week in the clutches of Cape Verde.

Yesterday, I met a bloody fascinating American guy named Gary. He’s lived for over thirty years in West Africa, specifically Liberia and Sierra Leone. He was there during the wars, working for the UN and development agencies.

We will learn more of his wisdom later. Today, we met up at Café Sophia before heading over to one of the more swanky hotels to meet with Colin – the GPS guy – and to watch the Wimbledon final.

Freed from the shackles of being told that the boat is DEFINITELY going to leave tomorrow (it won’t), I took Colin up on his offer to head up to a place called Cidade Velha, a UNESCO World Heritage site and the location of the very first European colony in the tropics. Today is Cape Verde Independence Day, so there was a big crowd down there and some singers and a few television cameras. I even saw the chief from the police station that I was held in, the swine. Still, I gave him a smile and a wave. I’m not one to hold grudges.

Well, Cidade Velha was underwhelming to say the least. Aside from a couple of nice seafront café shacks and a cobbled square (complete with an old pillory for showing off your latest slave collection), there was rather little to see or do; they must be giving World Heritage Sites away like candy these days. In keeping with the rest of this remarkably unattractive island, the beach was less than impressive, but I guess it was nice to get out of Praia, if only for a few hours.

Today, I was planning to go up the island to the very most northern point, Tarrafel, with Gary the American. Gary is trying to get more pages placed in his passport, but this being Cape Verde, things aren’t that simple, so our little excursion to Tarrafel would have to be put off until tomorrow while he FILLS IN POINTLESS REAMS OF PAPERWORK. Which is what I’ve been doing for the last MONTH.

So with nowt much to do, I twiddled my thumbs until they were sore. Yuri’s girlfriend is now here from Switzerland and she’s lovely. Get this – her job is walking St Bernards! How good is that? I wanted to know if she was in charge of filling the little barrels around their necks with whiskey as well, but she claims that’s a myth. Bah! It’s funny – Yuri is desperate to go and live in the Swiss mountains and she wants to come and live in Cape Verde. Like I say, she’s lovely, but perhaps a little nuts!

Oh yeah, did the Micau leave? Well, you can work that one out for yourselves…

I set off with Gary over to Tarrafel on the far north of the island (Praia is the far south). We passed through the central mountains on the way there – in between the desolate brown, barren wastes, there were snippets of green – microclimates cause by valleys in the hills. Otherwise, it was like driving on the surface of Mars, only a little less interesting (no supergiant volcanoes on this planet, mores the pity).

The road alternated between dreadful and alright, and we stopped off at villages on the way. I attempted (and failed) to draw a smile out of some of the locals; most were happy to give me that slowly drawn-up vacant stare of indifference one might expect from a grumpy cat observing the dust in its sunbeam.

Tarrafel was okay, I guess…if you like that kind of thing (which I don’t). It’s the only decent beach on the island; there were brightly coloured fishing boats that gave the place a splash of character. The town, such that it is, represented a bomb site.

A rather silly government rule saying that you don’t have to pay tax on an unfinished property means that hundreds of buildings are exactly that – unfinished. The rows and rows of empty, half-built breeze-block hovels set out in a grid pattern vaguely reminiscent of the mock Nevada towns of the 1950s, AFTER they had done the bomb test. Nice!

Anyway, so that’s the ‘pleasant’ bit of Santiago island over and done with. We drove back along the coast road – a wonderful cobbled affair with, I will admit, nice views of the sea. We stopped and grabbed a drink at one of the many black beaches on the island – yes that’s black volcanic sand – a little like sunbathing in a coal skuttle, but the locals seemed to like it.

Gary and I had a really good talk about African history and politics (some of which I’ll draw from when I write about Sierra Leone and Liberia). He was in Rwanda just after the war to help with the rebuilding process. He made the mistake of asking his taxi driver about his family. Finding out that they had all been brutally murdered in front of the driver’s eyes, Gary spent the following few hours consoling the poor guy by the side of the road. There are certain questions you would be wise not to ask in Africa.