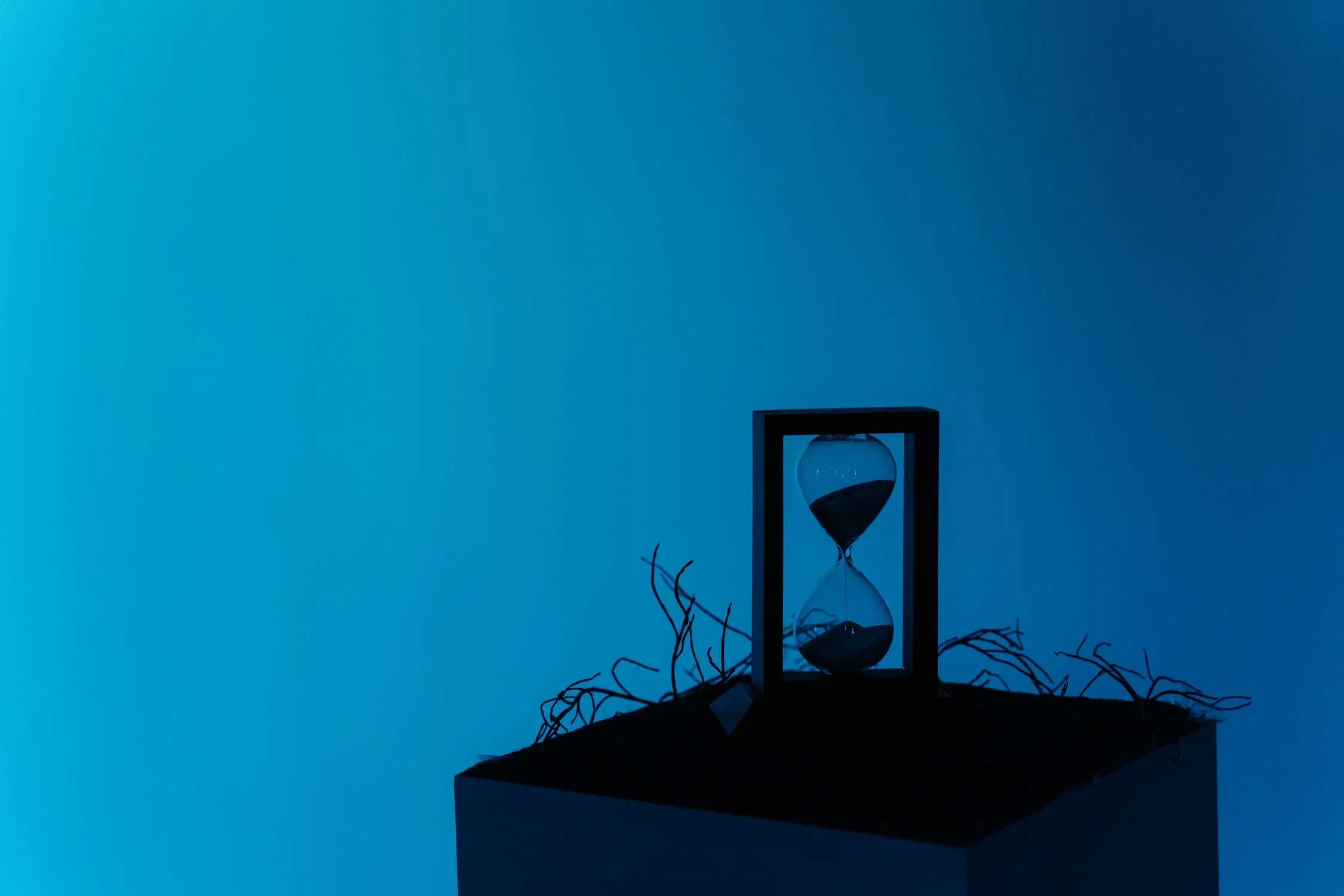 This is getting beyond a joke. Today was spent in a frantic state of despair as the Micau actually came into port (amazingly). I was worried that it would bugger off without me (and the fishing boat) so I set about trying to find Mito, without success. In the end, a guy named Val said that he’d help me out, but I really can’t get across to you how damn dodgy everyone is around here – it’s a bloody nightmare.

Anyway, as you have (possibly) already guessed, the Micau wasn’t going anywhere, so I needn’t have worried.

That night, I met a girl named Ines and she, bless her cotton socks, actually apologised for the rather rotten way that I’ve been treated here in Cape Verde. The first! She had been living in Italy for a number of years, so maybe that had something to do with the fact she actually had a soul…

Later, I was treated to a night out courtesy of a wonderful British ex-pat (from Ilkey Moor Ba Tat) called Mitch. We ate some remarkably good seafood and then went to Kappa, Praia’s most self-consciously swish nightclub and shot a few games of pool.

I met with Ines in the morning to see if she could help me with my boat situation, but all I learned was that, a) Michael Jackson was dead, and b) if I knew what was good for me, I should be getting the hell out of Cape Verde as soon as the next flight would allow. Ines was in tears as she told me this, which really prompted my (already heightened) fears for my security.

So I find myself trapped in this Kafka-esque nightmare of biblical proportions. The authorities will not give me my passport back until I leave, but to leave, I must go to another island (where there are yachts) and I cannot go there without my passport. So what the hell do I do? I’m scared to walk alone in case somebody who is handy with a knife comes looking to avenge the perceived slight I have spun upon these wretched shores. The Micau is now apparently leaving on Monday, but I believe that as far as I can spit out a dead rat.

My only respite from this horrible situation is playing chess with my new friend Yuri, the security guy from the Café Sophia. Yuri isn’t like anyone else I’ve met from Cape Verde (he was born in Angola, which might give you a clue) – he’s friendly, cheerful and has a really wonderfully positive outlook on life. His girl is from Switzerland and I help him with his text messages to her. I told him to write that she was as beautiful ‘as the first day of spring’ – although I then had to explain what spring was – a bit of a foreign concept to somebody who lives on an island where it’s always sunny except for the three days a year when it rains.

I feel like Cyrano De Bergerac. Without the big nose.

I’ve got out of jail just to be released into a bigger jail. I wasted away the day in Café Sophia waiting…always waiting…waiting to leave. I got phone calls from my mates at Glasto – the first year that I haven’t been there since 1997. It was so good to hear from Anna and Stan, although I did learn that Traci Lords, the car that Stan and I took around Europe in 2007, had been written off last week by a drunk driver, which was sad. Good old Traci – gone the way of Jackson and Fawcett. She’ll be missed.

Here’s a video of Traci in action:

Stan was a bit scared to take an offensive flag to the festival without me to protect him, which is a shame because if I had been there, I would have driven home the instant that I found about Michael Jackson’s death and made a flag that with a picture of Jackson looking down from a cloud, and included some offensive text!

I also spoke to my mate Hugh, although (typically) which just really consisted of bad ‘Jacko’ jokes. God, I love the British sense of humour, nothing is sacred, is it? Like Monty Python once sang life’s a laugh and death’s a joke it’s true. I especially liked the fact that sickipedia.org was down for a few days with the sheer number of Brits wanting to stick the knife in, so to speak, although I have to admit my favourite bit of internet fun was the moonwalking coffin bearers on b3ta.com.

So a few games of chess with Yuri and then early to my lumpy, hot uncomfortable bed. I am become misery.

Today, whilst sitting in Café Sophia I met Chris, a Greek guy working with the UN in Western Sahara, (the scene of some monkeying around by yours truly here last month). He was great to talk to – somebody who could really dish the inside dirt on the UN and how remarkably inept the organisation is. They entered Western Sahara in 1991 with three objectives – to secure the peace treaty between Moroccan forces and Western Saharan rebels, to find out who was eligible to vote in a referendum on the matter of independence for Western Sahara, and then to carry out the referendum.

So far, in 18 years, they are still on objective one.

Anyway, he invited me for the weekly ‘pool party’ at the Sambala retreat about 10 miles out of the capital and the place where nearly all the British ex-pats here work or live. The British guys – Mitch, Lee, Mike, Piran, Pete et al, are a lovely bunch so I don’t want to sound disingenuous, so I’ll just say that the Sambala retreat was not really my scene (a bit too neat and tidy for my liking!), but I’m glad that I got a chance to see the place. And no, I didn’t go for a swim, my shockingly Lawrence-of-Arabia-whitey-whiteness would possibly not go down too well if people were eating.

Although I got a lift up there with Chris, after lunch he was getting a flight to another island (there be no ferries, stupidly enough) so I went back to Praia with Mike, one of the Sambala lot, helping him shift a washing machine in the process. See? Even when I’m being utterly useless, I can still be helpful.

That night, I ran into Mitch (from Ilkley Moor) and he was off to the cinema to watch Star Trek. I thought why the hell not and joined him. After all, it was the last night of its run here and the cinema was probably going to be closed thereafter for another decade or so. I kept running out of the show to grab another couple of bottles of Super Bock beer for us and had a great time playing the Star Trek drinking game.

After that, there was little else to do so I had one last game of chess against Yuri and went back to my hotel room to stare at the ceiling and wonder if I’ll see Mandy at all this year.

Not at this rate I won’t.

So is the boat going?

No. It’s been delayed until FRIDAY. Why? Oh, well, because after the engine trouble and the waiting to find a space in the port, the captain has been fired and they have hired another one. ANOTHER GOD-DAMN week in GOD-DAMN Cape Verde. I’m starting to go a little spare here. If I didn’t already have a bad enough impression of the place, now I REALLY had a bad impression. CAPE VERDE IS THE WORST PLACE IN THE WORLD BY A SOLID MILE. Once I get off this infernal island I will make MY LIFE’S WORK to ensure nobody in their right mind visits this disgusting place ever again.

I’ve been screwed out of another stack load of money to get a truck to take the fishing boat half a mile down the road to the port and GOD, I FEEL SICK.

Just get me the hell out of here. Someone. PLEASE.

Other than teaching myself Morse code, I really have nothing to say about today. I didn’t bring my laptop with me (I didn’t want to get it wet) so I can’t even make myself useful and edit some videos together. I hate this place. I hate it, I hate it, I hate it. Somebody, PLEASE make it go away.