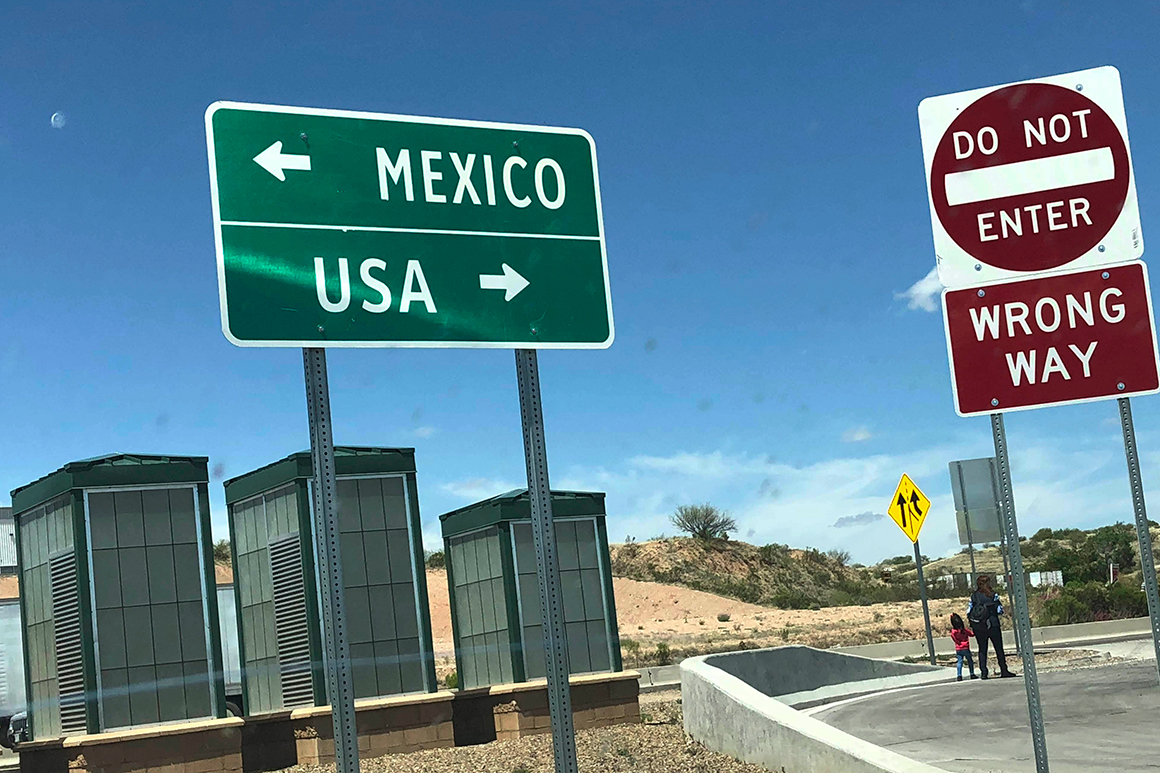 As a wonderful final flourish, and as if to prove how much better Mexican bus services are compared to the American ones, my bus got to the border 45 minutes EARLY. Perfect. So I thanked the bus driver and took the short taxi ride over to the border.

I was worried about getting stamped out of Mexico, as I didn’t get stamped out last time, so I was praying they didn’t spot the fact I had three entry stamps and only one exit, but I needed have worried. I had already paid the departure tax in Cancun – they were just happy to chuck a stamp in my passport and wish me well. I’m going to miss Mexico.

So you pay 3 pesos (about 10p) to go through the metal turnstiles and walk over the bridge (might be the one out of No Country For Old Men, but I’ve got a feeling that’s El Paso.

Then into US immigration. Whoosh! How many questions!? I had to explain how I had left the US – I said we sailed from Key West direct to Cancun. The guy actually said, “You didn’t see any Cubans did you?”. Er, no – except for the ones in Cuba. But I kept my cool ask he drilled me about what exactly a knot is (a nautical mile per hour), the difficulties of sailing at night and whether I ate the fish that we caught. Quite what this all had to do with whether or not I was eligible to enter the country, I have no clue whatsoever. It was about twenty minutes before the magic stamp came down and I was officially entered into the United States of America. Woo! So then it was off to the Greyhound bus station to buy my 50-hour bus ride to New York.

Spoke to the guys at Lonely Planet late tonight – the boat I had my eye on to take me to Liverpool on Monday was definitely a no-go. Obviously my old nemesis, Poseidon, was up to his old tricks again. But I’m going to head up to Halifax in Canada anyway, loads of ships leave North America for Europe there.