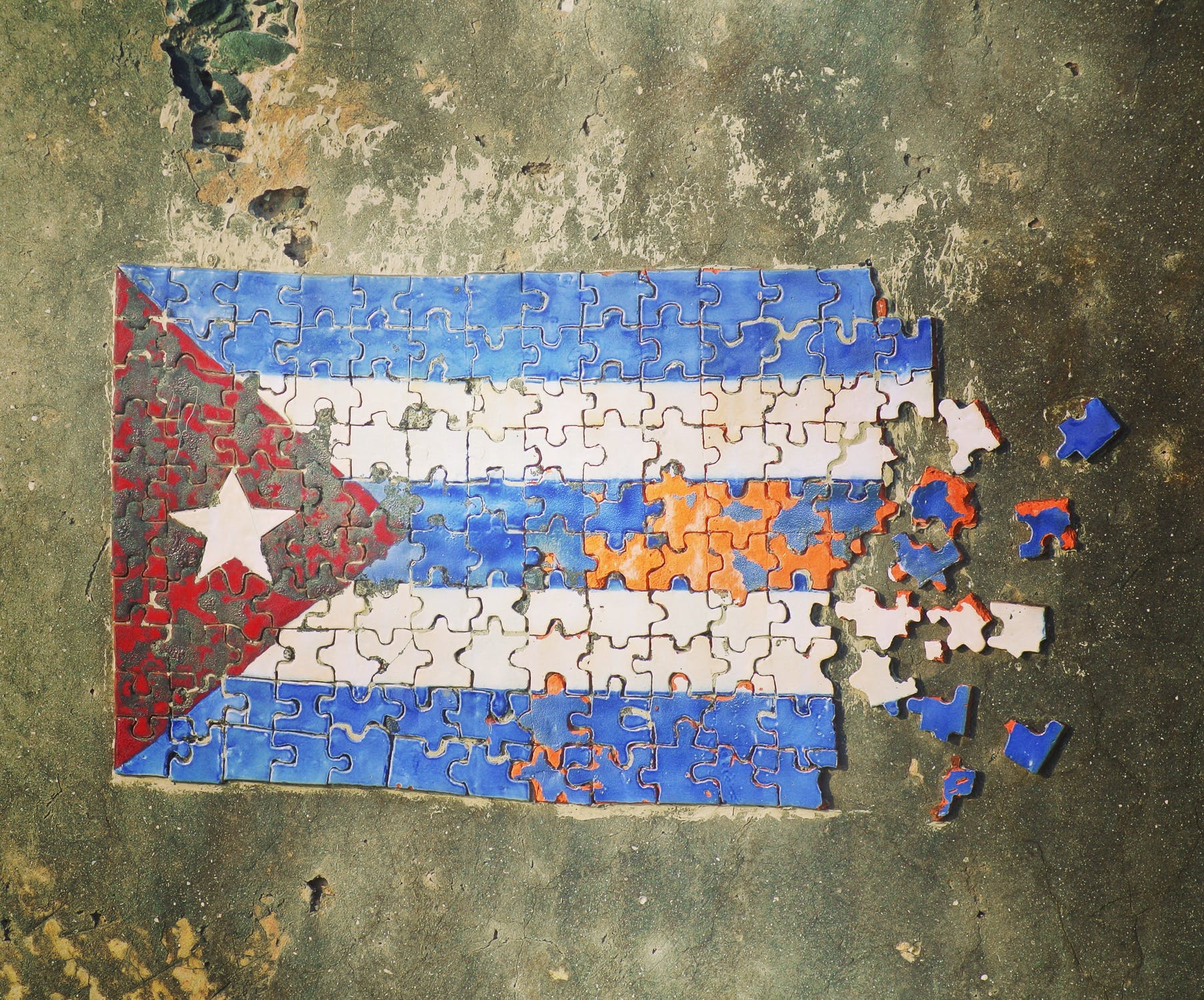 After helming the nightwatch, I got a few hours kip before Johnny called me up on deck – he’d been chatting on the CB with a passing yacht that had just left Maria del Gorda. A yacht called The Mariposa…

The very Mariposa that rescued me from Antigua!!

They were on their way to Cancun in Mexico. I told Kerri that I’d try to meet up with them after we hop into Cuba.

Johnny and I swung into the sleepy little bay of Maria del Gorda just before noon. It was a gloriously sunny morning, but now the storm clouds were approaching. There was no port to speak of, just some mooring buoys off the shore. Just two other boats beside ours. Johnny put up the US flag and the yellow Quarantine flag and we spoke to the port attendant on the radio.

Can we come in?

Yeah sure, why not?

And so within half an hour, we were being boarded by Immigration, Customs and a (cute female) doctor. The guy from immigration wasn’t too impressed with my Cuban visa (the only one I thought I needed for the entire Western Hemisphere) and said I needed to buy a new one. The thought of FINALLY making it all the way to Cuba only to be knocked back 100m from dry land flashed through my head.

The word ‘bugger’ came to mind.

But no fear, I just had to slip him twenty bucks and I got my stamp (on a piece of paper so I don’t upset the yanks), and Johnny and I jumped in the dingy and headed for the jetty.

The clouds were about to break, so I exchanged some dollars for pesos and we headed to the bar for a well-deserved beer.

We got chatting to some of the locals, a lively bunch who spoke English much better than I spoke Spanish. I asked them what they thought of all the rules concerning travel and travellers here in Cuba – such as the fact that Cubans are not allowed to leave the country without permission off the government and the fact that it’s illegal to have a foreigner stay in your home or to even give them a lift in your car.

One of the guys said that he loved his country and never wanted to live anywhere else, but he would like to be free to go visit Mexico, just 100 miles away, some time in his life.

Another guy said that he feels like he lives in a prison – a very big and an exceedingly beautiful prison, but a prison nonetheless. Again, not that he wanted to ‘escape’, but he too thought it unfair that he wasn’t allowed to go on holiday someplace else now and again.

They did really appreciate Johnny being there, though – they understand that the American government make it very difficult (and dangerous) for US citizens to visit Cuba, so when they make the effort (and to come on a yacht from Florida) it is not without gratitude and admiration.

Funny though, that the reason that US citizens are not allowed to visit Cuba is that the treasury department doesn’t want them ‘trading with the enemy’. The joke is that the first thing I saw as I stepped off the jetty was a big sign for Coca-Cola.

The rain lashed down as we planned what to do next. With no weather charts available, if we left now, we could end up ploughing straight into a storm. We had a few more drinks while we made up our minds. I bought a load of supplies – mainly fresh fruit – off the nice chaps on the beachfront and as evening approached, Johnny and I headed back to his boat.

While I was only there for a few hours, I did get a wonderful vibe from Cuba, and it’s high on my list of places to return to on holiday. All the people we met were awesome friendly, and that goes a long way. It really does.

And the coast was just sublime – not overdeveloped, miles of deserted beaches, a wonderful tropical forest interior. Made me want to go exploring.

I guess Castro (and his bro) have still got the affection of the people, but I’m wary of anybody who stays in power for 50 years and then hands over the reigns to his kin. All a little to Absolute Monarchy for my liking. But the US blockade and the denial of US citizen’s rights to travel to Cuba (out of all the countries in the world? Gimme a break) seem just as anachronistic.

Johnny decided (possibly after a few too many) that we should leave tonight.

Here’s the vid from Key West to Cuba: