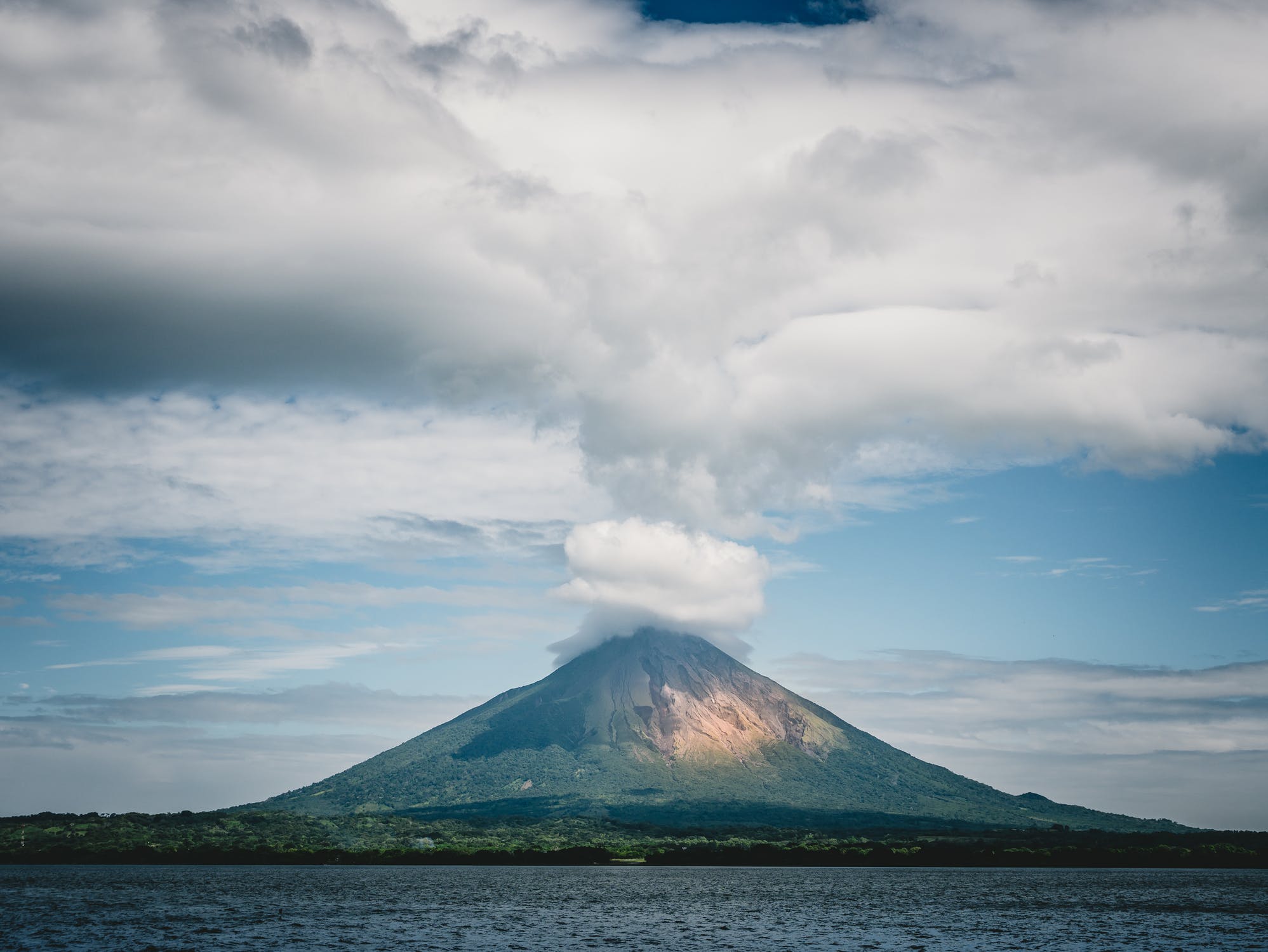 Back on the groovy bus up through Costa Rica, Nicaragua, Honduras and El Salvador. No cute girl for me to annoy this time, but I did meet a guy from Texas called John, who was – like myself – backpacking around Central America on his own. The remarkable thing was that he was 86 years old.

I guess you’re never too old to hit the road. Nicaragua was amazing – driving past Lake Nicaragua, which is just HUGE, and seeing the massive, perfectly-formed volcanoes rising out of the middle of it – it looked like the backdrop from The Land Before Time. Honduras was a little less remarkable, but seriously, they don’t generally stick the cool stuff next to the road, do they?

We arrived in San Salvador late that night. The guy on the bus told me there was a bus going north to Guatamala City at 3.00 and I went and did something a little silly – I believed him. So instead of checking into a hostel and getting a few hours shut-eye in a proper bed, I stayed up. I headed to a hostel to try and grab a shower, which cost me $2. I shouldn’t really complain too much that the shower was cold, after all, judging by the warning on the bathroom wall, if it had been hot, the resultant electric shocks would have left me with third-degree burns.

I headed to the Irish Pub, but you can’t catch lightning in a bottle and there was no repeat of Friday night’s high jinks. I left the pub at 2:30am and started looking for a taxi. The streets were dead. Oh dear. I walked and walked. It was now past 3am and I was getting worried. Not just because I was walking about in the dark in the murder capital of the world on my own with no map, carrying all of my bags, credit cards, money, camcorder, laptop etc. but because I thought — more worryingly — I was going to miss my bus.

I went to a 24-hr petrol station. The police were there (same ones I bribed on Friday night perhaps?) and I asked them where I could find some taxis. They shook their heads and asked me where I was going and I told them which bus station it was. Vamos! I think I just hitched a ride with fuzz!

The lovely Salvadorian police chaps dropped me at the bus station just in time for my bus. I thanked them profusely and strode into the bus station. Only – the 3.30am bus didn’t exist! It was more like the 6am bus.

Groan. The bus station was FREEZING. There was nowhere else to go, nothing else to do but to huddle in the corner, sit there and wait and shiver.